Twice a year, Gallatin produces a major print piece called Gallatin Today (GT), read by alumni, parents, faculty, students, and staff. GT is a snapshot of news and events from our community and also an exploration of the conversations and types of connected learning that happens at Gallatin.

The feature story for spring 2019, Everyone's A Critic!, was written by senior Jenzia Burgos. See the feature below. Other articles in this spring issue include a look into Gallatin's Photojournalism Lab and an update from our 2018 Fulbright Awardees. 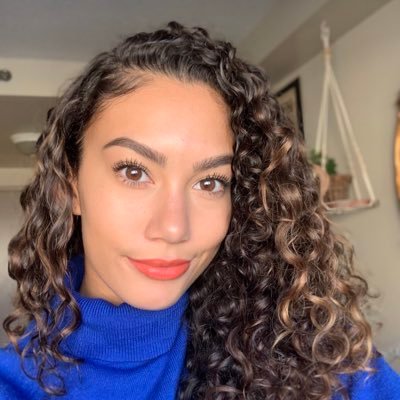 Do you remember Anton Ego, the solitary, dour-faced critic of Ratatouille? He is, as Gallatin faculty member Ben Ratliff might say, “grubby.” “Critics are, to some extent, not the most glorious creatures,” explains Ratliff, who worked as a music critic at the New York Times for twenty years before coming to Gallatin. “They’re passing judgments on people and dealing with the grubby, everyday life of culture,” he says, a wry grin on his face. His hard-earned awareness is that of any gracious critic—an awareness that even Ratatouille’s Ego grudgingly comes to feel. In the 2007 Pixar film, when Ego learns that his exquisite meal was prepared by—of all things—a rat, he is forced to introspection.

At the close of the film, he says, “In many ways, the work of a critic is easy. We risk very little, yet enjoy a position over those who offer up their work and their selves to our judgment [...] But there are times when a critic truly risks something, and that is in the discovery and defense of the new.” Our best critics, it seems, critique themselves just as they do our culture. Sometimes critics can look an awful lot like Ego: scowling elitists cloaked in black, their eyes drooping above puffy dark circles. This is, perhaps, the stereotype many of us imagine when we think of “the critic”—I know I did. Consider my surprise, then, when I realized during my first year that a critic can look like Gallatin faculty member Amanda Petrusich, a staff writer at the New Yorker, with her signature bangs and savvy smile. Or like Ratliff, arms crossed in thought, wearing clear-framed glasses and patterned Hi-Top Vans. These days, a critic can even look like me, a small Puerto Rican and Dominican woman from the Bronx. We can take a nod from Ego here, who eventually realized the lesson of Ratatouille’s rejoinder “Anyone Can Cook!”: “Not everyone can become a great artist, but a great artist can come from anywhere.” As with artists, so with critics.

But what makes a critic great? “Any assumption that comes to you without thinking is worth questioning,” says Ratlff. Petrusich, who teaches courses on music journalism and pop culture criticism, agrees. Good criticism, to her, is “anything that’s curious or questioning, anything that beholds with interest and care.” Gregory Erickson, who has taught courses on music, popular culture, religion, and modern literature at Gallatin since 2004, also finds that critics are thinkers. “As opposed to a review of a concert that says ‘this is good’ or ‘this is bad,’” he notes. “Good criticism says ‘this is what’s really interesting about this,’ or, ‘here are the questions that it keeps asking.’”

Questions are like kites for the critic; they give our ideas someplace to go. “When you give someone an answer, there’s a kind of finality there,” adds Kwami Coleman, a musician and musicologist who teaches music history and improvisation courses at Gallatin. “A good question,” he says, “can present the possibility of more than one answer.” As Ratliff puts it, these questions can lead to “paradoxes”—something critics are particularly adept at unraveling. “Paradox” is one of Ratliff’s critical buzzwords (he has more: there is “squinting,” which is to look closely at a subject, or “sifting,” as in, sorting and combing your way through a topic). Paradox is a particularly useful framework for his budding student-critics, however, as it teaches them to enjoy and explore complexity. “I would like to see more criticism that is comfortable dwelling in the space between two easy answers,” Ratliff tells me. Lucky enough, that is exactly the sort you’re bound to find at an interdisciplinary space like Gallatin.

Critics in the Classroom

All this fuss over questions and questioning is standard for Gallatin students, whose concentrations already emerge from an “inventive question or series of questions.” Just as the critic moves between separate ideas to inform a critique, students at Gallatin work each day on concentrations that combine disparate disciplines and interests. “Criticism is an inherently interdisciplinary practice,” says Petrusich, “and it requires a person to hold a lot of ideas in mind simultaneously. Gallatin is extraordinary training for that kind of work.” That pesky adage, “everyone’s a critic,” does seem to hold true here, then: “We’re constantly asking our students to historicize, contextualize, and unpack complex concepts,” she adds, “that’s criticism in a nutshell.” At Gallatin, students who may not otherwise fashion themselves as critics might stumble into the role.

Courses like Coleman’s or Erickson’s—which are not categorized as workshops for critics—train students using the tools of criticism. In his class on “Television and Participatory Fan Culture,” Erickson introduces a variety of texts from the academic and journalistic, to online community blogs and fan fiction. “What really interests me are the ways in which each of those sources, which have traditionally been thought about as very separate, are blurring together now,” he says. But with so many texts to choose from, sometimes his students are unsure of how to research the “right” way. His advice? “Let’s not privilege anything above the other,” he offers, “but put all those things in conversation with each other. I think that’s where criticism has to go these days.” It’s a thriving stance, one which sees critics losing interest in hierarchies altogether. Criticism, instead, can and should exist as an inclusive dialogue.

Coleman is precisely interested in bringing this kind of discourse to Gallatin. His course “Hearing Difference: The Commercial Music Industry and the American Racial Imaginary,” which he has taught every year that he’s been at Gallatin, understands that critics have not always followed Erickson’s fair approach. “Historically speaking, critics, if not coming from an elite class, have operated in elite circles, usually overlooking or ignoring vernacular cultures,” he explains. During his time studying music history and musicology as an undergrad and postdoc, Coleman recognized firsthand that the departments he was in lacked an understanding and scholarship outside of the Western canon. “A lot of the music I grew up listening to didn’t seem to have this formal history,” Coleman recalls, “It seemed no one had written a history of something like rap in the same way as the Western art tradition.” Now, classes like his seek to flip the script: “At Gallatin, students can critique those early critics—to think about whether they’ve overlooked something or were blind to certain things, or were just dead-on wrong.” Hearing him say this, I am reminded again of Ego’s defense of the “new” at the end of Ratatouille—it seems critics can extend this defense to the undiscovered and undervalued stuff of old, too. Coleman is careful to make the distinction between “critical thinking” in his classes, however, and “criticism” as a form. Critical thinking, he suggests, can exist outside of and within written criticism.

It’s important to mention that a critic like Ratatouille’s reformed Ego might struggle to find his footing today. His review of Remy the rat’s restaurant, which concludes, “I will be returning to Gusteau’s soon, hungry for more,” is no less the stuff of Yelp than it is a traditional, evaluative mode of critique. Today’s critics must do more. “In 2019, when nobody seems to pay for anything, the ‘Consumer Guide’ aspect of criticism is largely dead,” says Petrusich. This isn’t a bad thing for critics: “There’s room for the work to be really idea driven, and less expressly qualitative,” she adds. Ratliff sees an upside, too. As the necessity for album and concert reviews diminished, he found himself free to explore new ways of writing about music: “I got more interested in bigger ideas and the subjectivity of listeners.” In our age of star-number rating scales and streaming services, criticism has now taken on the divine work of asking both its readers and writers to pause and to think. “I’ve always really liked that criticism is by nature sort of slow and contemplative,” Petrusich admits. “It takes time to really understand and explain something. So, it’s possible to think of the work itself as a kind of mini-protest against the digital deluge.” Both Petrusich and Ratliff teach with this kind of unhurried abandon, as though sitting across from their students lulls the world altogether. Ratliff often seems to catch himself lingering on our class’s thoughts: he endeavors to move on, only to indulge for an extra few moments in our eager ideas. When Petrusich delivers an observation, she speaks with the same care she takes with sentences on a page. Each of her words is measured, even meditative. Now’s as a good time as ever to slow down. Criticism—like great music or mulled wine—can help us all do just that.