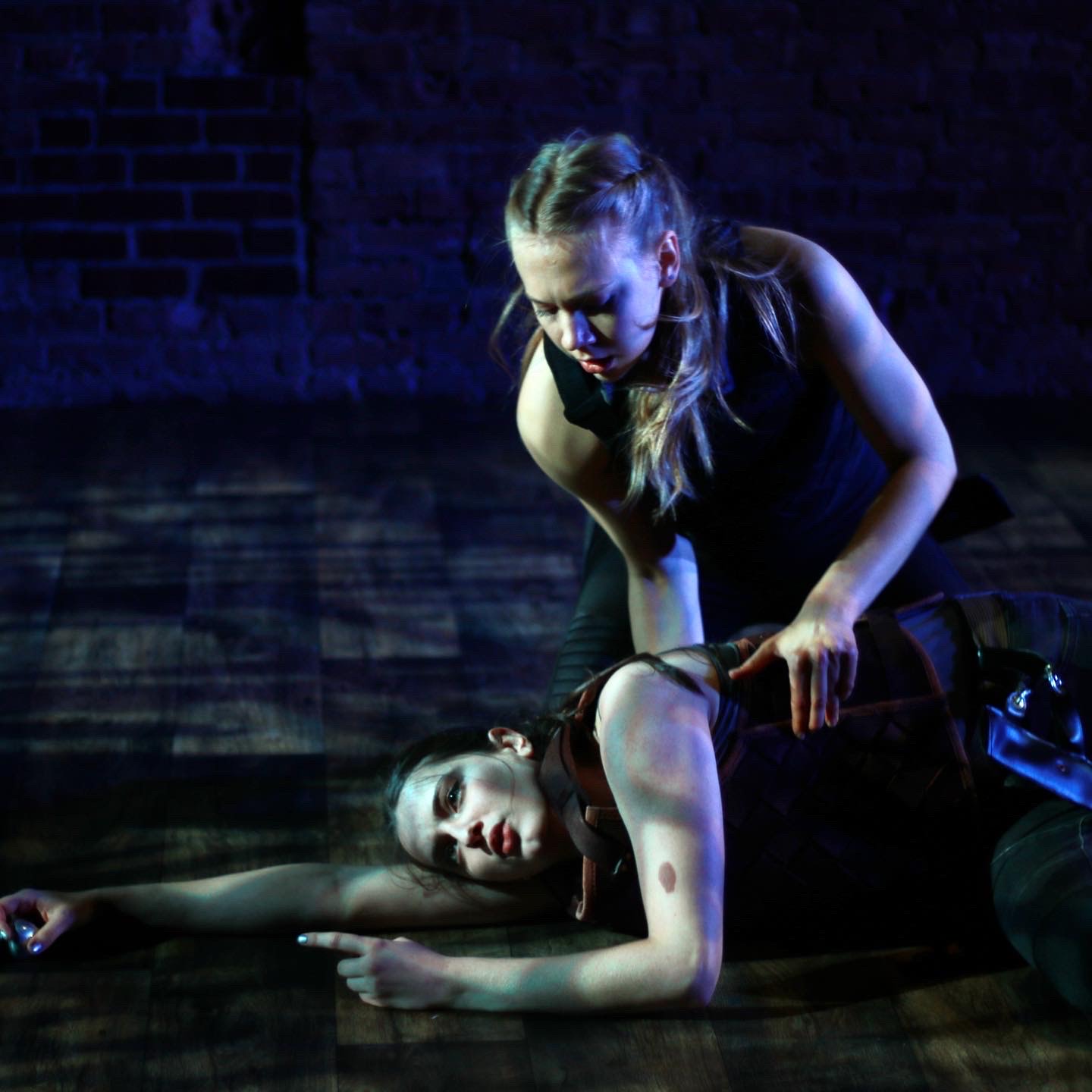 For the 10th anniversary show of Theater at Gallatin’s fall mainstage production, Kristin Horton and Ben Steinfeld directed the first two parts of Shakespeare’s Henry IV, with performances at The Jerry H. Labowitz Theatre for the Performing Arts running from November 8 to 24. The play’s exciting fast pace of this comedic coming-of-age story balances against the ensemble-driven political drama of Henry IV that explores the civil strife of a country at war with itself; emotions are high.

“We wanted the students to have a chance to ride the wave of a show that has such vaulting theatricality to it. The events, the characters, the language—it’s all so full of life,” Steinfeld says. Horton echoes this sentiment, adding, “Our role as directors is to facilitate a process that is based on an empowerment model, rather than an industry-oriented one. We spent hours working on the text and exploring through close-reading and embodied practices, critically reflecting in order to expand their discoveries into the most dynamic range of choices possible. ”

The amount of collaboration involved in this production gave dancer and student actor Sydney Miede (BA ’21) the chance to grow alongside her character Prince Hal. To stay engaged and informed with their own performances, cast members sat on the sides of the set and watched each other perform, giving everyone support when they go offstage. Says Miede, “The process calls people back in to collaborate rather than feel confined to the solitude of a persona.” Preserving the original language of the play meant spending time with fellow cast members, reading lines and grappling with the text in order to learn how emotion and performance translate to an audience.

Both Miede and co-star Lilly Stannard (Steinhardt BA ’20), an Educational Theater major who played the impassioned Hotspur, agree that having two women in lead roles traditionally performed by men is an exciting way to reimagine Shakespeare and to complicate the narratives of the story. “Why limit ourselves from a deeper exploration of these characters? It gives you the opportunity to take on a role informed by the norms of another gender, allowing you to explore a new side of yourself,” said Stannard. Horton adds a piece of wisdom from a former student, “It’s not about suspending one’s disbelief, rather, it’s about expanding one’s beliefs.”

Having a space to experiment alongside fellow classmates created an accessible way to explore Shakespeare, allowing them to find greater value in the creative process. —Mary Gonzalez (BA ’20)