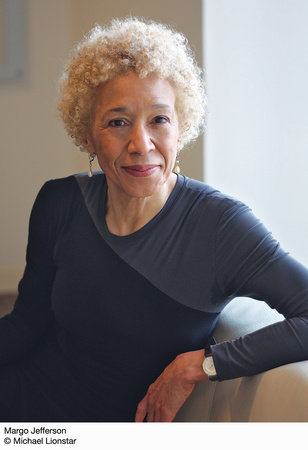 “I like to teach classes at Gallatin where we look at the work of lots of critics because I want to get the students excited by the notion that there are many traditions of criticism, and part of the fun is locating yourself within one of them,” says Gallatin Visiting Assistant Professor and longtime popular music critic for The New York Times Ben Ratliff.

In the fall of 2020, however, students enrolled in Ratliff’s advanced writing seminar “Cultural Critics on Looking and Living” focused exclusively on the work of only three nonacademic cultural critics from the late 20th and early 21st centuries: John Berger, Susan Sontag, and Margo Jefferson. Students looked at the trajectory of the work of each and used those award-winning critics to find inspiration for their own emerging work. The closely curated selection allowed Ratliff to ask his students to read deeply and to become conversant in the perspectives and approaches of each writer.

“We talk about what each of these critics is doing, both in terms of clear strategies, of getting close to their subject and even the rhythms in their writing, and considering what kind of questions they ask,” says Ratliff.

For each of the critics explored by students this fall, Ratliff brought in an authority to speak to the class, first inviting Benjamin Moser, author of Sontag: Her Life and Work, winner of the 2020 Pulitzer Prize for biography and, for Berger, Joshua Sperling, author of A Writer of Our Time: The Life and Work of John Berger. Then Ratliff did the students one better, inviting Pulitzer-prize winner Margo Jefferson herself to join the November 23, 2020, Zoom meeting. The former New York Times critic and author of the memoir Negroland fielded questions from students that spoke to some of the core concerns of cultural criticism, such as how accessible the writing needs to be, what audience she writes for, as well as how much of an authority a critic ought to be before responding to a work.

“The students had read Margo’s critical writing about pop music and literature and theater, and saw how she dealt with issues of race and class and gender, but because they had also just read Negroland, they were curious about how to balance first person with more objective kinds of criticism,” says Ratliff. “She talked about the connections between being a critic and being a memoirist. In Negroland, she writes about being a ‘participant-observer,’ and also allows herself to be ambivalent. That spoke to classroom conversations we’d had about how important it might be for a critic to remain an outsider, and if it’s something worth cultivating and defending or something to avoid.”

Jefferson and Ratliff were colleagues at the Times, where Ratliff was music critic for twenty years, and also at Columbia where Jefferson currently teaches and where Ratliff briefly taught before joining Gallatin. Past guest visitors to Ratliff’s “Criticism’s Possible Futures” course, which requires a wider swath of readings, have included the poet-essayists Harmony Holiday and Wayne Koestenbaum, music critic Mina Tavakoli, New Yorker writers Doreen St. Felix and Vinson Cunningham, artist and writer Leanne Shapton, and New York Times book critic Parul Sehgal.  Sehgal also helped Ratliff come up with the concept and title of the Berger-Sontag-Jefferson class: writers whose work examined the ethics of looking and the ethics of living.

“Interacting with one of the writers whom the students have read a lot of makes everything seem so much more real,” says Ratliff. “It gives students a focus point and shows that they can do this in the world. Margo became as great as she is through a specific sequence of steps, trying to figure out how to do what was needed for certain editors while also carefully transcending the roles that seemed to be set for her—and so she was able to address how you make your way in the world as a critic when you may feel the script has already been written for you, or when you’re working under certain restrictions.”

This spring, Ratliff will teach “The Age of Listening” and the first-year research seminar “The Sounds Beneath Your Feet: Downtown Music and Downtown Memory.”