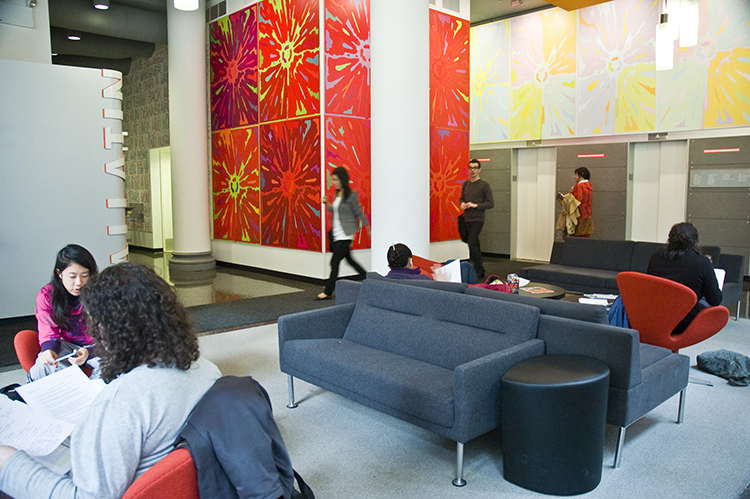 In the first renovation project at NYU to achieve LEED Gold certification, a total area of approximately 32,000 square feet was completely renovated in 2007 and 2008. LEED is the U.S. Green Buildings Council’s Leadership in Energy and Environmental Design Green Building Rating System™, and the nationally accepted benchmark for the design, construction and operation of high-performance green buildings. Gallatin's home at 1 Washington Place includes not only classrooms and faculty offices, but the Jerry H. Labowitz Theatre for the Performing Arts, student lounge space, a gallery and art and dance studios.

Gallatin alumnus Jeremy Friedman (BA ’07), the Manager of Sustainability Initiatives for New York University, was always interested in the environment, but he didn’t plan to focus on the subject at NYU. After taking Environmental Philosophy with Gallatin Professor Brad Lewis, among other classes, he changed his mind. With a concentration in Environmental Values and Public Policy, he created a program that included courses in environmental policy and ethics at the Steinhardt School of Culture, Education, and Human Development, a seminar at the School of Law in environmental law, and courses in the Robert F. Wagner Graduate School of Public Service in public policy and planning, sustainable cities, geographic information systems and environmental impact assessment.

Lindsay Robbins (BA ’03), project manager at the New York State Energy Research and Development Authority (NYSERDA), first came to Gallatin eager to take part in internships, as she was already working in the film industry. In her senior year, she had an internship at Trust for Public Land, a nonprofit land conservation organization, and she soon realized that sustainable land development was more important to her than her work in film. “Had I taken a more traditional film school route,” she recounts, “I would have realized much later that I didn’t enjoy that industry. My real-world internship experience saved me years of my working life!” Robbins quickly changed her academic path and focused her senior colloquium, “Work in 21st-Century America,” on finding a career that makes a positive contribution to the world. The following fall, she began the master’s program at NYU’s Wagner School, centering her studies on sustainable urban planning

Though they had different academic trajectories, Friedman and Robbins found themselves in a similar position in the spring of 2005. They were involved with different environmental clubs on campus, but they felt that these clubs were not focused enough on the University and New York communities. They decided to create a coalition, the Green Arch Initiative,that would unite these groups and tackle pertinent local issues.The Green Arch Initiative was founded with two main objectives: to create unity among NYU’s faculty, students and staff interested in environmental issues, and to foster environmental scholarship and practice at the University. Friedman and Robbins knew there were many people interested in the same causes, but that they were spread out across campus and busy with disparate tasks. Friedman and Robbins felt that the Green Arch Initiative could build a bridge between these people. They also felt that they could lobby for a comprehensive environmental studies program at NYU.

The Green Arch Initiative caught people’s interest, and because it wasn’t a club, it attracted faculty and University administrators as well as students. Members soon learned that a group of NYU faculty, led by Dale Jamieson, professor of environmental studies in the Steinhardt School, was also trying to start an environmental studies program. Green Arch wrote a letter of support and sent it to all of the NYU school deans. The group then met with each of the deans individually, as well as with Vice Provost for Faculty Affairs Fran White.

Their first goal achieved, the members of Green Arch set out to foster sustainability in NYU’s daily operations. In December of 2005, Friedman began an independent study project at Gallatin with adjunct professor Neil Chambers, carrying out an environmental impact assessment at the University. Friedman decided to create a proposal for new NYU governance structures that could implement changes in a more systemic and long-term fashion. He and the members of Green Arch saw this new potential structure as an NYU office that would evaluate the University’s environmental impacts and work to change them for the better. During the summer of 2006, Friedman drafted a proposal for such an office. Robbins added a report that examined five other American universities and the approaches they had each taken on the issue.In the fall of 2006, Green Arch received the news that the University Senate had unveiled a new charge for the NYU community to become greener, which included the creation of the NYU Sustainability Task Force. Composed of students, faculty and administrators,  the Task Force is charged with assessing the University’s sustainability efforts, producing a Green Action Plan that will detail ways to improve NYU’s ecological footprint and engaging the community in the plan’s implementation. Further, through the Sustainability Fund, the Task Force will issue grants for student, faculty, staff and alumni projects that will help NYU achieve its sustainability goals. (To learn more, visit www.nyu.edu/about/green.html.) University administration invited the Green Arch Initiative to play an active role in the Sustainability Task Force—in fact, almost half of the 40-plus Task Force members came from Green Arch.

“Green Arch accomplished all the goals that it set out to, but its place at NYU is more important than ever,” states Friedman. Robbins views Green Arch’s future role as one of three options: a gateway for student input to the Task Force; a support for the Task Force, with aligned committees to do further research and work on the Force’s projects; or a group that can help students implement projects supported by the new Sustainability Fund. “Going green isn’t just a good policy,” says Friedman, “it is an ethical and practical imperative. Projects that now seem like forward-thinking, benevolent gestures are going to preserve our entire civilization a few decades from now. We have the knowledge, technology and social institutions to build a more sustainable society. Institutions like NYU can act as the vanguard of this movement. We are right on the cusp of progress and transformative change.” 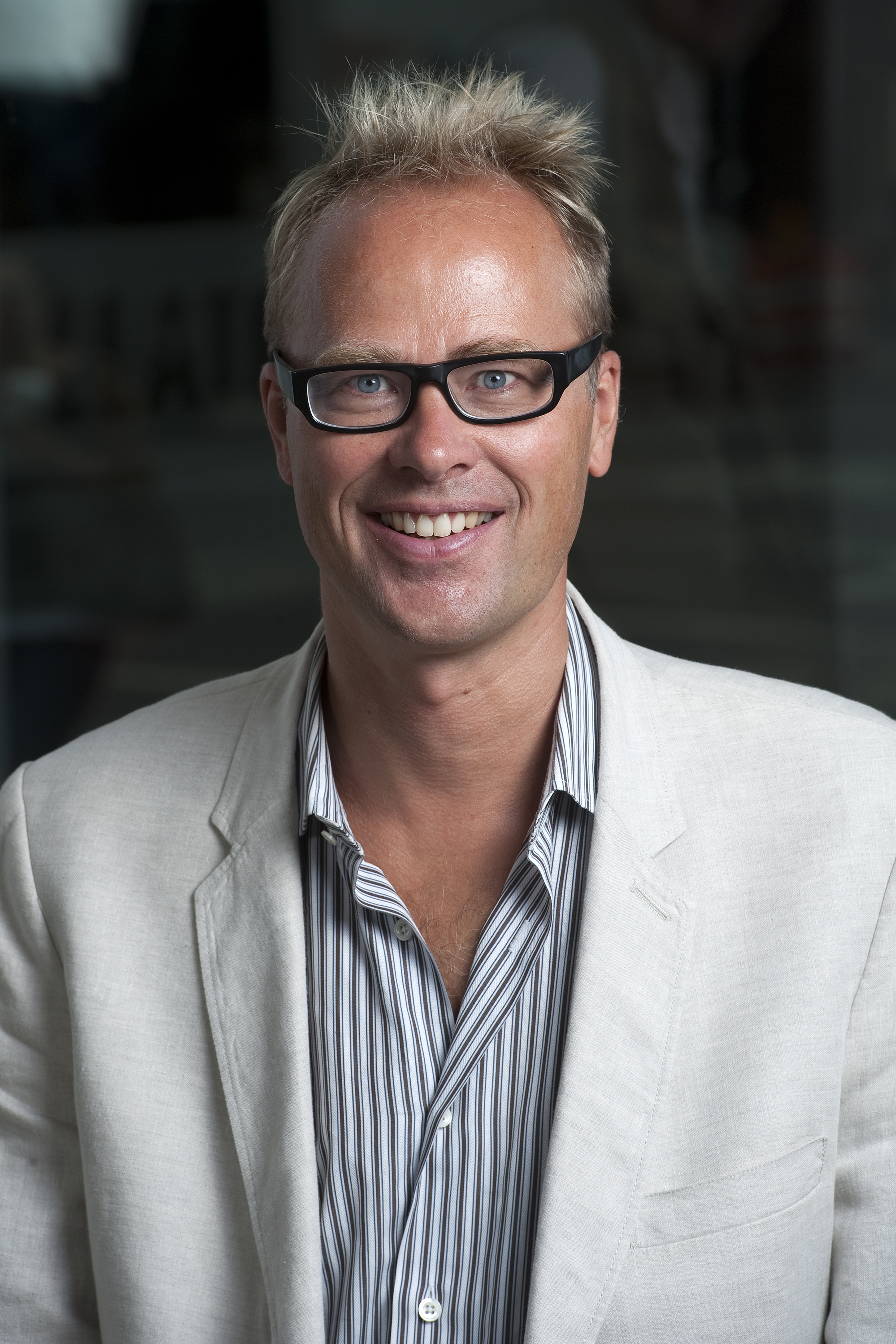 Peder Anker’s From Bauhaus to Ecohouse

Peder Anker’s book on the history of environmentalism and design, From Bauhaus to Ecohouse: A History of Ecological Design, was recently published by Louisiana State University Press. An associate professor at Gallatin and in NYU’s Environmental Studies Program, Anker is an historian of science specializing in the history of ecology, environmental history and the history of architecture and design. In this 50-year survey of design, ecology and science, Anker considers the work of such designers as Walter Gropius, László Moholy-Nagy, Herbert Bayer and Buckminster Fuller.