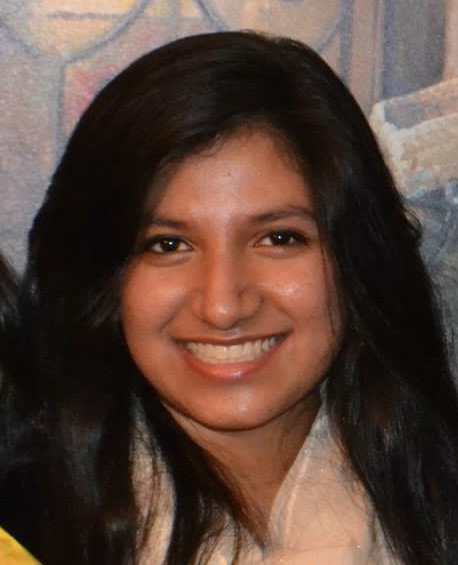 Sadia is a first-year student in the College of Arts and Science. She plans to pursue a global public health/anthropology major, in which she will focus on the development of societies in respect to health and human rights. Sadia was an intern at Asian Youth in Action, where she learned about various forms of oppression faced by people of differing identities. This summer, she will work in Dhaka, Bangladesh, as an intern for the Bangladesh National Woman Lawyers' Association (BNWLA). BNWLA works toward ensuring that all women and children in the nation are able to gain access to basic human rights. Through policy-level advocacy and workshops and seminars, the organization aims to bring about societal changes in regards to how women are treated. As a BNWLA intern this summer, Sadia will explore different forms of gender-based discrimination and will study how such injustices are being combated. 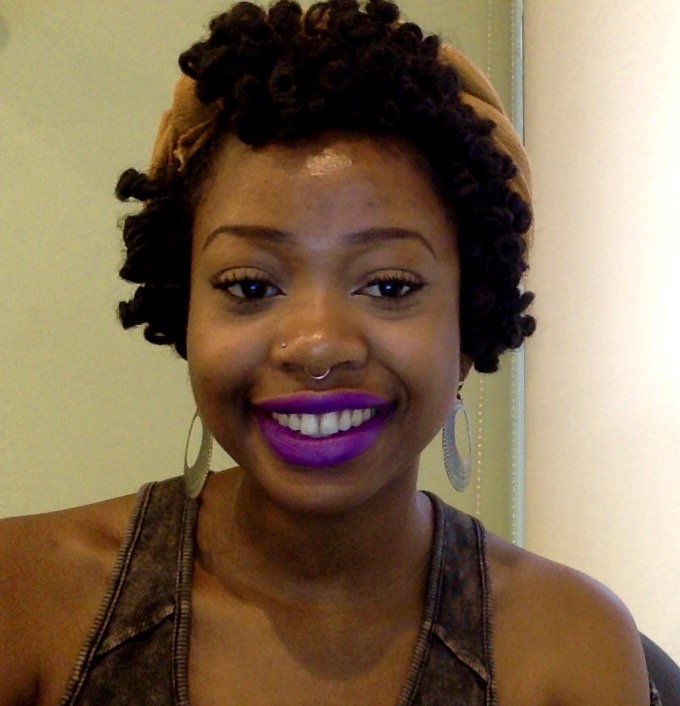 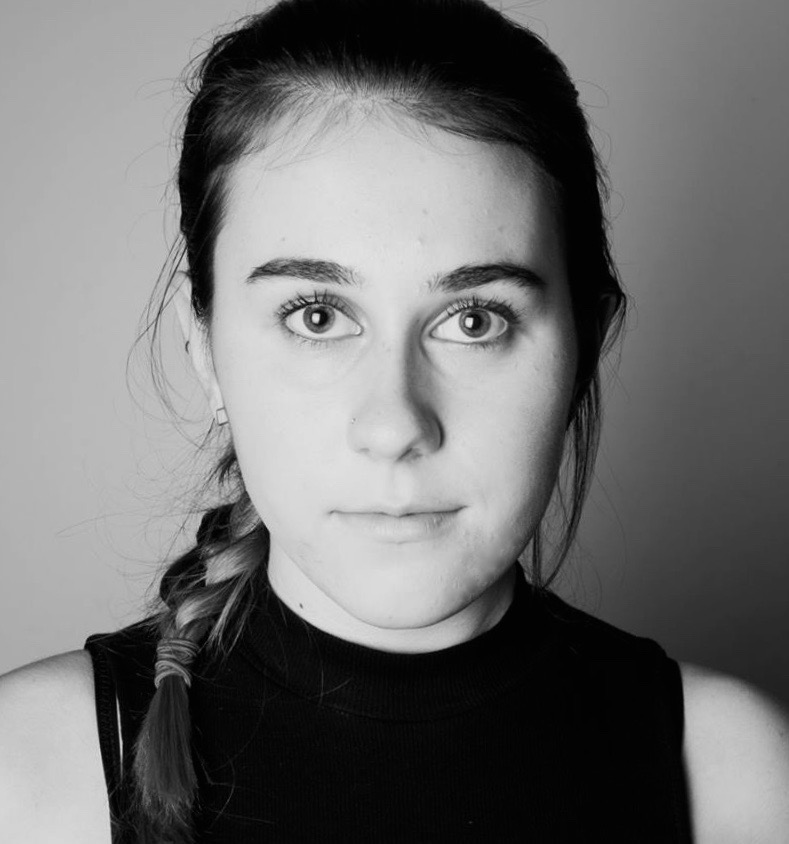 Alison is a sophomore at Gallatin pursuing a concentration in international development with a focus on human rights and filmmaking. She is interested in how the camera can become a tool for political discourse. Along with Human Rights Fellow Anamika Jain, Alison will be interning this summer at Instituto Pólis, an NGO dedicated to creating fair, sustainable, and democratic cities in São Paulo, Brazil. This spring, Alison and Anamika will take a Gallatin seminar on gentrification in New York City to prepare for their joint fellowship project, which will compare the process of urban gentrification in the developing world (São Paulo) and the developed world (New York City). Alison and Anamika will film their journey over the next several months, with the goal of making a documentary about their experiences. Alison hopes this documentary will make their research accessible to a wider audience and that it will stimulate discussion about inequality in cities. 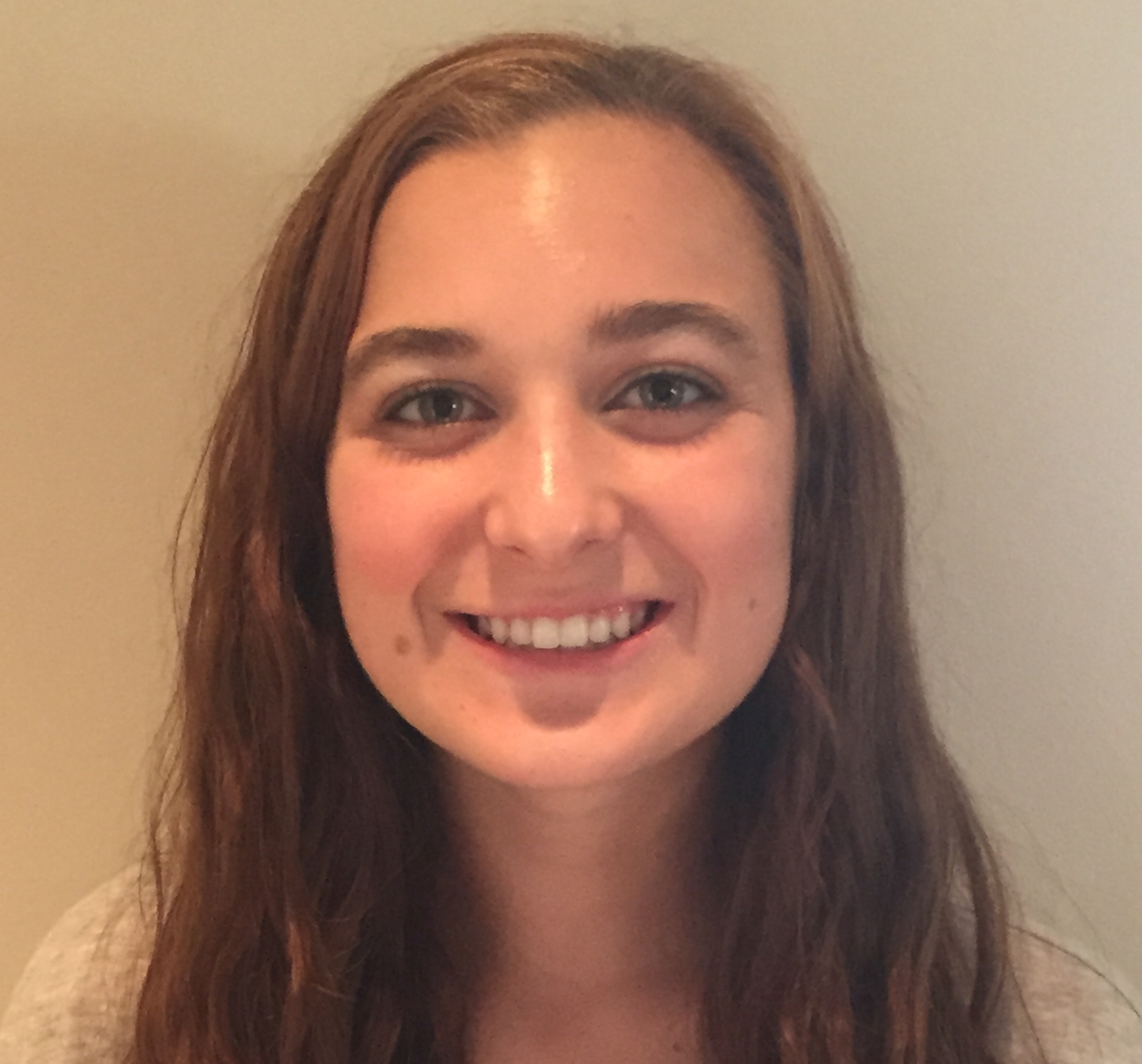 Fellowship Location: Egypt
Egyptian Foundation for the Advancement of the Childhood Condition (EFACC)

Sabrina is a first-year student at Gallatin concentrating in the intersection of politics, law, and human rights with an emphasis on the Middle East. She is also minoring in Arabic. She plans to eventually work in human rights law. This summer, Sabrina will work with the Egyptian Foundation for the Advancement of the Childhood Condition (EFACC), a Cairo-based organization devoted to the protection and improvement of children’s rights. Issues they tackle include child marriage, access to education, gender-based discrimination and violence, and the death penalty. Sabrina is particularly interested in learning how people within Egypt’s cultural context engage human rights, an instrument with a distinctly Western voice. She also hopes to gain a greater understanding of how the needs of children, specifically, can be addressed and protected through the human rights framework, as she is passionate about using this framework to empower those who are disadvantaged due to systems of power and privilege. 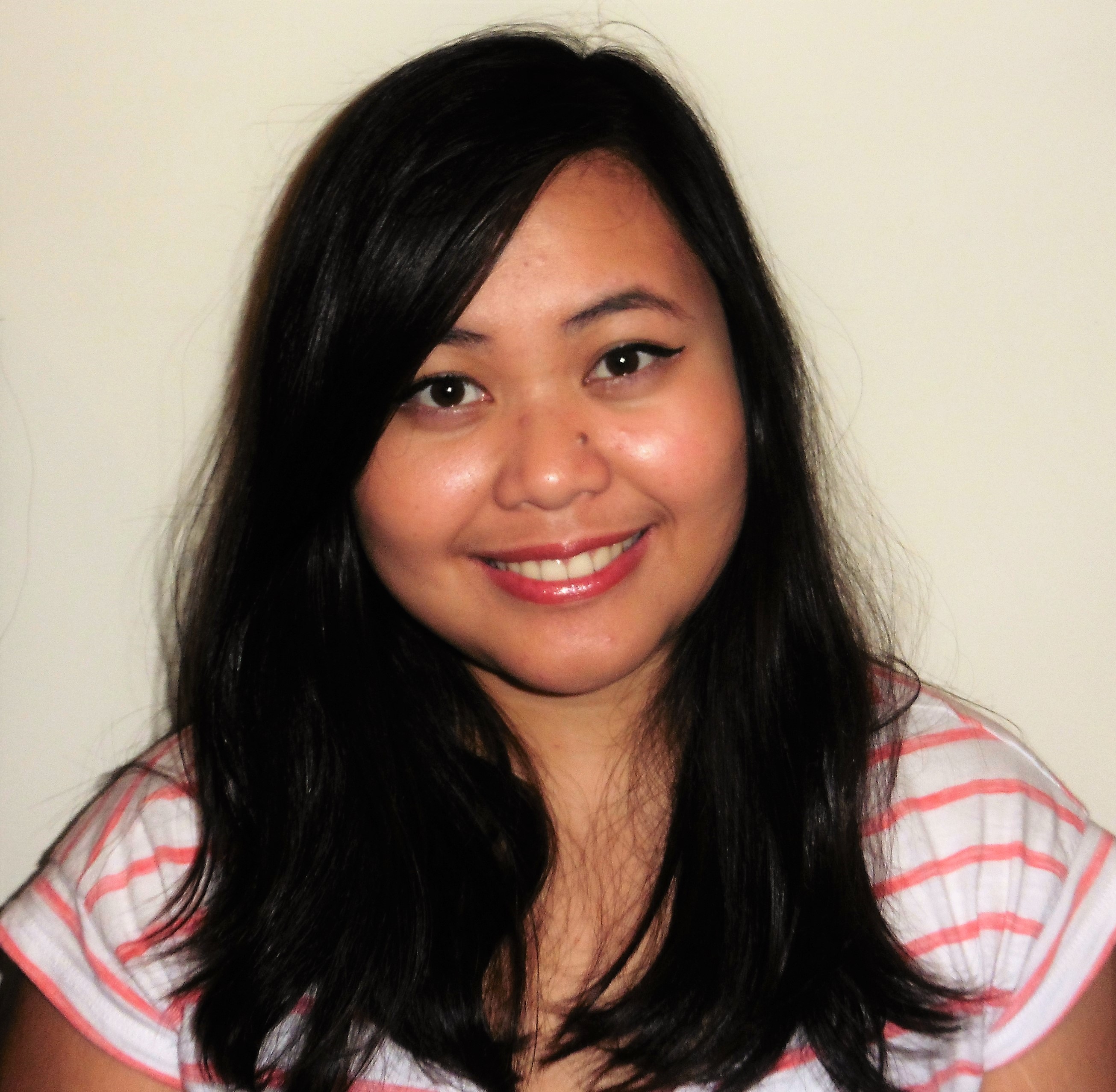 Charissa is a junior in the College of Arts and Sciences, double-majoring in journalism and social and cultural analysis. She was born and raised in Auckland, New Zealand, to Filipino parents and immigrated to the United States at the age of 11. The experience of growing up with a hybrid of different cultures cultivated her academic interest in race politics, immigration, and citizenship. This summer, Charissa will work with borderline-europe, a nonprofit organization based in Berlin that advocates for refugee rights both in cities and at borders. In light of the current humanitarian crisis in Europe, Charissa aims to research the most pressing needs of refugees and examine how effectively local grassroots movements work to meet those needs. She believes research into successful integration methods is important to helping refugees settle into their new homes with dignity. 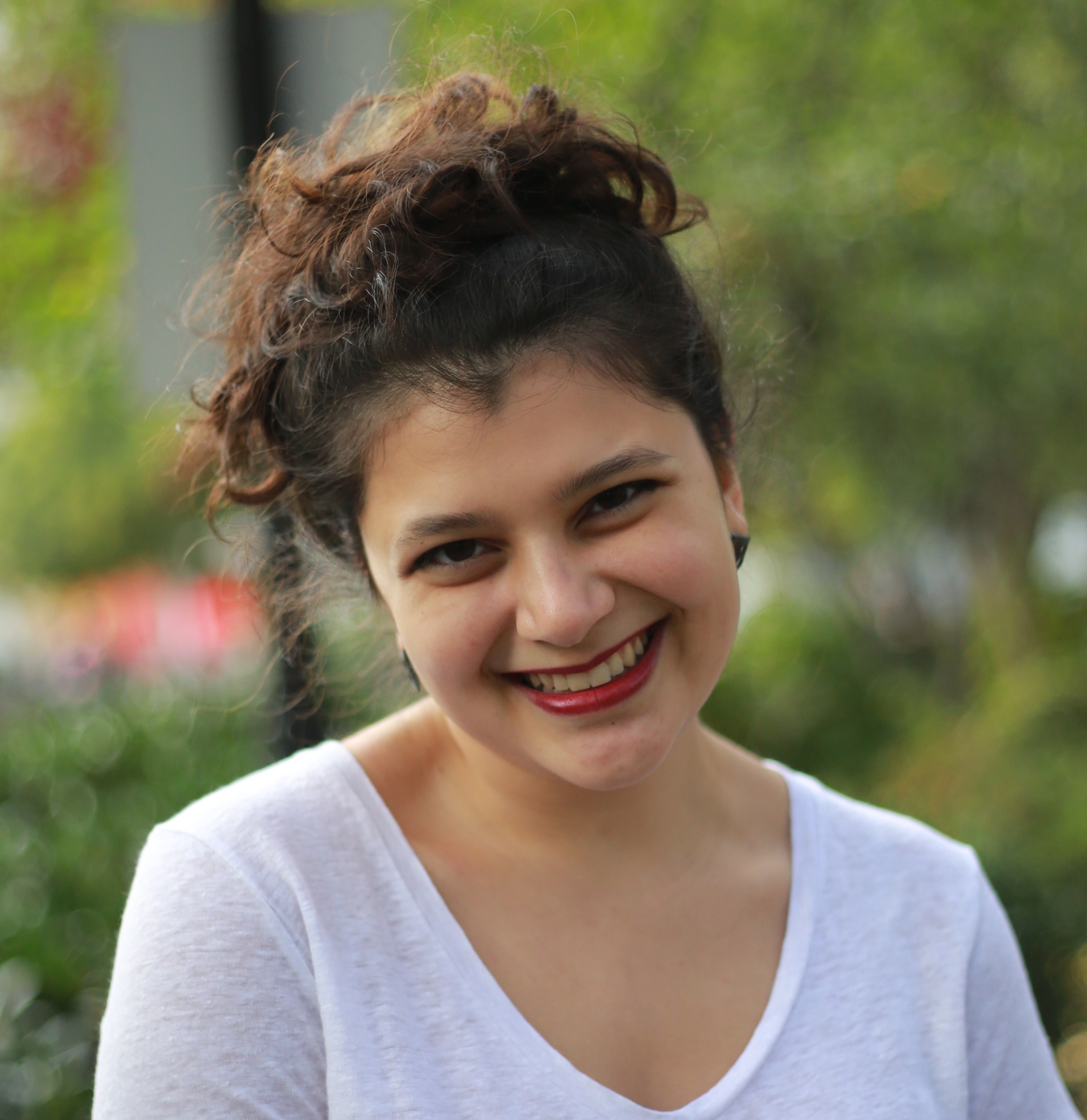 Anamika, a sophomore at Gallatin, is developing a concentration around human rights and economic development. She is particularly interested in examining gentrification as an intersection of development and human rights violations. Along with Human Rights Fellow Alison Handel, Anamika will intern this summer in São Paolo, Brazil, with Instituto Pólis, an NGO that collaborates with Right to the City and uses advocacy work to combat gentrification. To set a strong theoretical foundation for their joint fellowship project, Anamika and Alison will take a Gallatin seminar this spring exploring the encroaching gentrification in different parts of New York City. Anamika and Alison will document their research by filming their experiences in New York and São Paolo. They hope to produce a documentary that brings awareness to the ways in which human rights are often violated during the gentrification process. 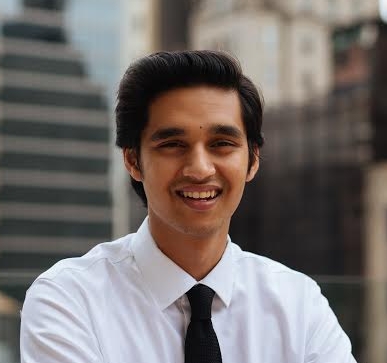 Sudhanshu is a Gallatin junior currently pursuing a concentration in international relations, international development, and human rights. This summer, he will work to defend human rights in India through an internship with the People's Union for Civil Liberties (PUCL) in New Delhi. He will also work at their local branches in Bhubaneshwar, Orissa, and in Raipur, Chhattisgarh. Since India’s independence, some members of the Dalit community living in impoverished areas have used arms to rebel against the government in response to inhumane treatment toward them, including subjection to untouchability. Dalits are often labeled Naxalites (Indian communist insurgents) but in many instances, local officials have accused innocent Dalits of being such. As a PUCL intern, Sudhanshu will research the Naxalite movement in eastern India and will assist with the rehabilitation of Dalits who have been wrongfully accused of being Naxalites.

Layla is a joint master's candidate in journalism and Near Eastern studies. She was born in East Jerusalem and grew up in Greenville, North Carolina, and her interest in human rights has been fueled by her work with marginalized communities at home and abroad. She has worked on projects involving Iraqi refugees in North Carolina, the impact and role of the arts in Palestine, and Kurdish expressions of identity in Istanbul. Recently, she captured stories from the migrant workers' community in Amman, Jordan. This summer, Layla will return to Amman to work with the Adaleh Center, a nongovernmental nonprofit organization that enforces human rights values in Jordan and the Arab world. Layla will work with the Center through their capacity as a partner in the Jordan Domestic Workers Solidarity Network, representing the Center at meetings, trainings, and events and developing their connections with domestic workers throughout the city and country. Layla plans to also conduct research for her thesis, a reporting project on domestic workers in Amman, focusing on their fight for equality in Jordan. 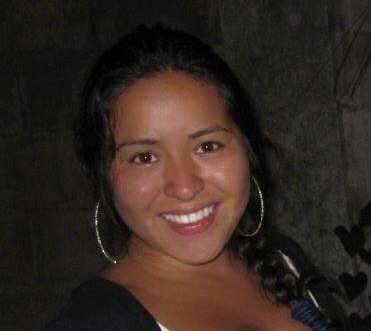 Mirtala is an MPH candidate concentrating on global health in the College of Global Public Health. A first-generation queer Latina, she has research and career interests in LGBT and sexuality studies, feminism and intersectionality, and prevention and community health, with a focus on war and culture, Latin@ histories, mental health, substance abuse, trauma, HIV, migration, incarceration, and deportation. This summer, Mirtala will work with and conduct research at Entre Amigos (“among friends”), the leading organization for LGBT rights advocacy and HIV prevention in El Salvador. HIV disproportionately affects the LGBT community—a fact that is further complicated by El Salvador’s present climate—and this multifaceted crisis requires complex and comprehensive intervention. Thus, Mirtala will pursue HIV prevention work that is contextualized in a holistic approach that acknowledges biological, behavioral, psychosocial, and structural influences at the interface of public and global health, human rights, and LGBT injustices in El Salvador. 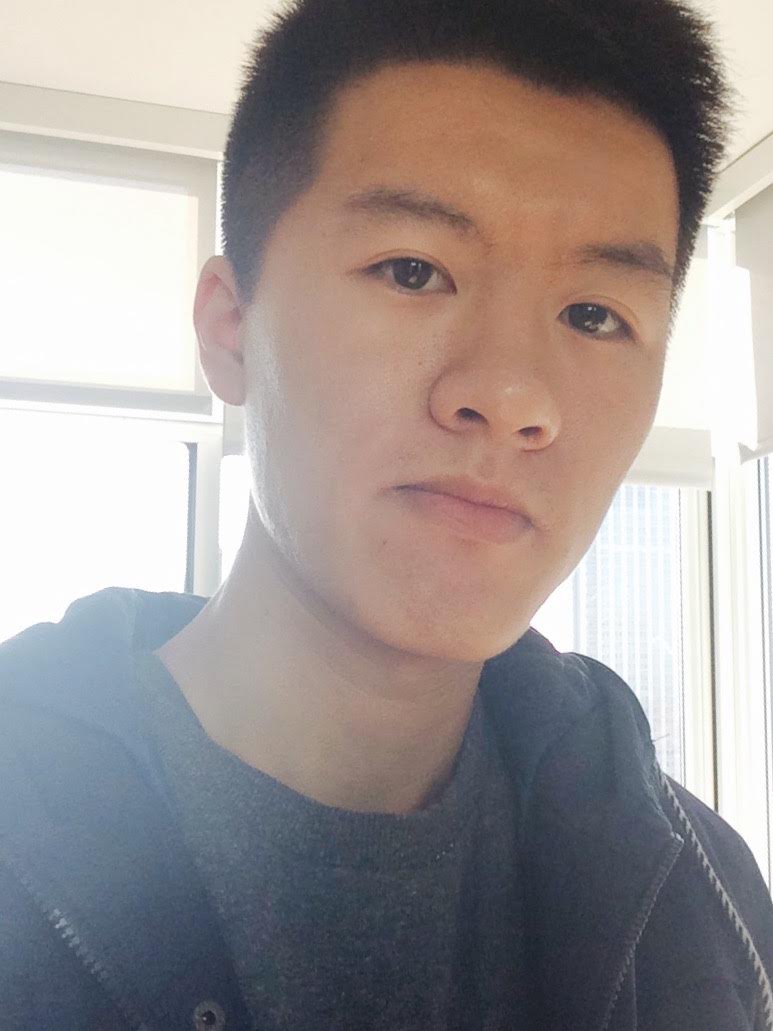 Dejian is a graduate student at NYU Wagner, where he is pursuing an MPA in public and nonprofit management and policy. After three years researching social unrest and petitions in China, he has developed a passion for human rights and a dedication to creating change for people whose rights have been violated. This summer, Dejian will work with China Labor Watch and research labor rights issues in Shenzhen, China, where independent labor unions and strikes are considered illegal. By conducting investigations in factories that are experiencing strikes, Dejian wishes to identify the underlying mechanisms of the emergence and operation of strikes in China. He hopes to use his research to propose a model for effective labor organizing.