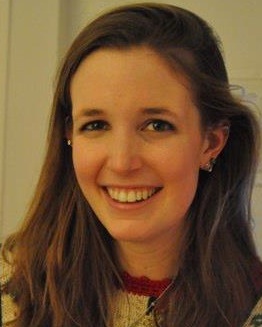 Carolyn is a Gallatin junior concentrating in Culture Change and Globalization with a minor in Environmental Studies at CAS. She studies how global interactions, intensified today by the media, have changed the ways in which societies around the world recognize their identity and authenticity. Her work examines how tourism affects societies all over the world and in the sustainable development of societies both environmentally and economically. Carolyn takes great interest in Southeast Asia, having spent part of her gap year between high school and college in Cambodia as well as her spring 2012 semester in Indonesia. This summer, Carolyn will travel to villages outside of Siem Reap, Cambodia with the Trailblazer Foundation, where she will work to install sustainable drinking water filters. Access to a supply of drinking water is a fundamental human right that raises standard of living and paves the way for the realization of more human rights. Carolyn is interested in the public versus private water service debates and how these economic systems manifest themselves in local communities. She hopes to raise more awareness in Cambodia about maintaining sustainable filters as well as sanitation issues. 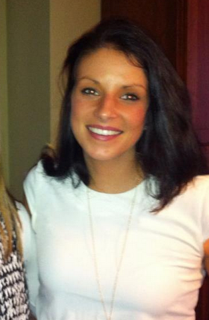 Anna is an M.A. Candidate in the Graduate School of Arts and Science pursuing a degree in International Relations and Journalism. For her summer project she will spend three months at the Organized Crime and Corruption Reporting Project in Sarajevo where she will explore freedom of information, focusing on organized crime, corruption and government transparency. She holds an undergraduate degree in Political Science and is interested in the use of journalism in making politics digestible for the masses, as well as the relationship between citizens, politicians and governance. After completing internships in the U.S. Senate and the Rule of Law Initiative in Armenia she became interested in bridging the communication gap between constituents and elected officials. Anna believes that independent journalism is an integral component in building an informed civil society and contributing to progress in government – a task that is impossible without liberal access to information. She will also be completing her Master's thesis while abroad, looking at the political situation in Bosnia in light of the disenfranchised and an upcoming census. 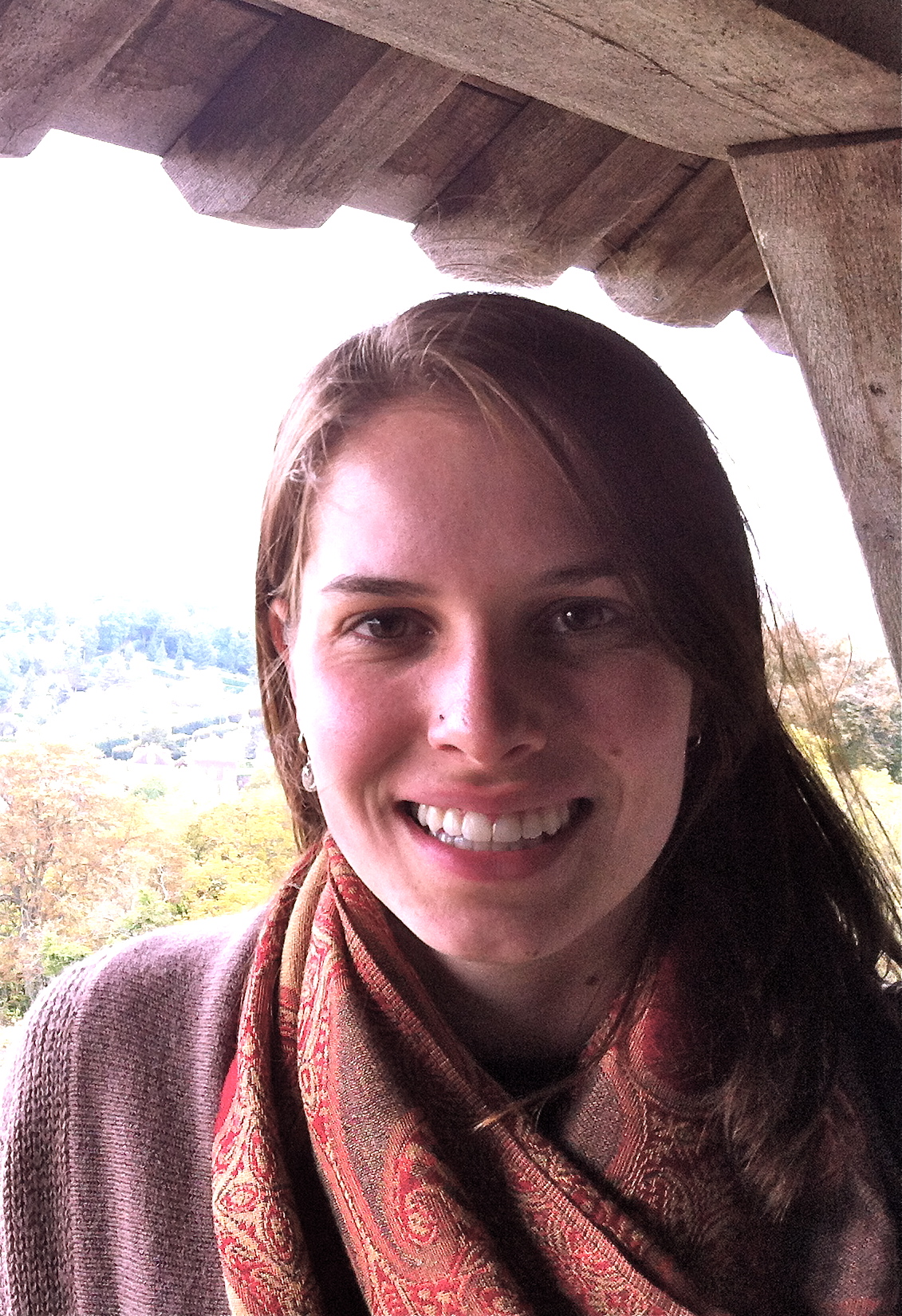 Katherine is a Gallatin junior concentrating in The Power of Sex as it relates to human rights, socioeconomics, and sustainable development. Katherine has volunteered as a sex educator in NYC high schools for the past two years. This work, combined with her desire to uphold human rights while promoting sustainable development, inspired Katherine’s fellowship with WAACHA. A NGO located in Iganga, Uganda, WAACHA promotes the well-being of women and children by enhancing knowledge and skills that focus on improved health and community development. It is Katherine’s goal to create greater access to sex education for all of the integrated members of the WAACHA community by implementing a comprehensive sex education program in collaboration with the community, and through training local educators to carryon teaching a sustainable curriculum after her stay in Iganga. By providing sex education, and opening discussions on sex and healthy sexual relationships, Katherine hopes to discover a greater understanding of the power of sex over a society by observing the impact of sex in a new culture, especially in a close-up cultural context where she will be directly interacting with children orphaned by HIV/AIDS, and women affected by, and vulnerable to, sexual violence. 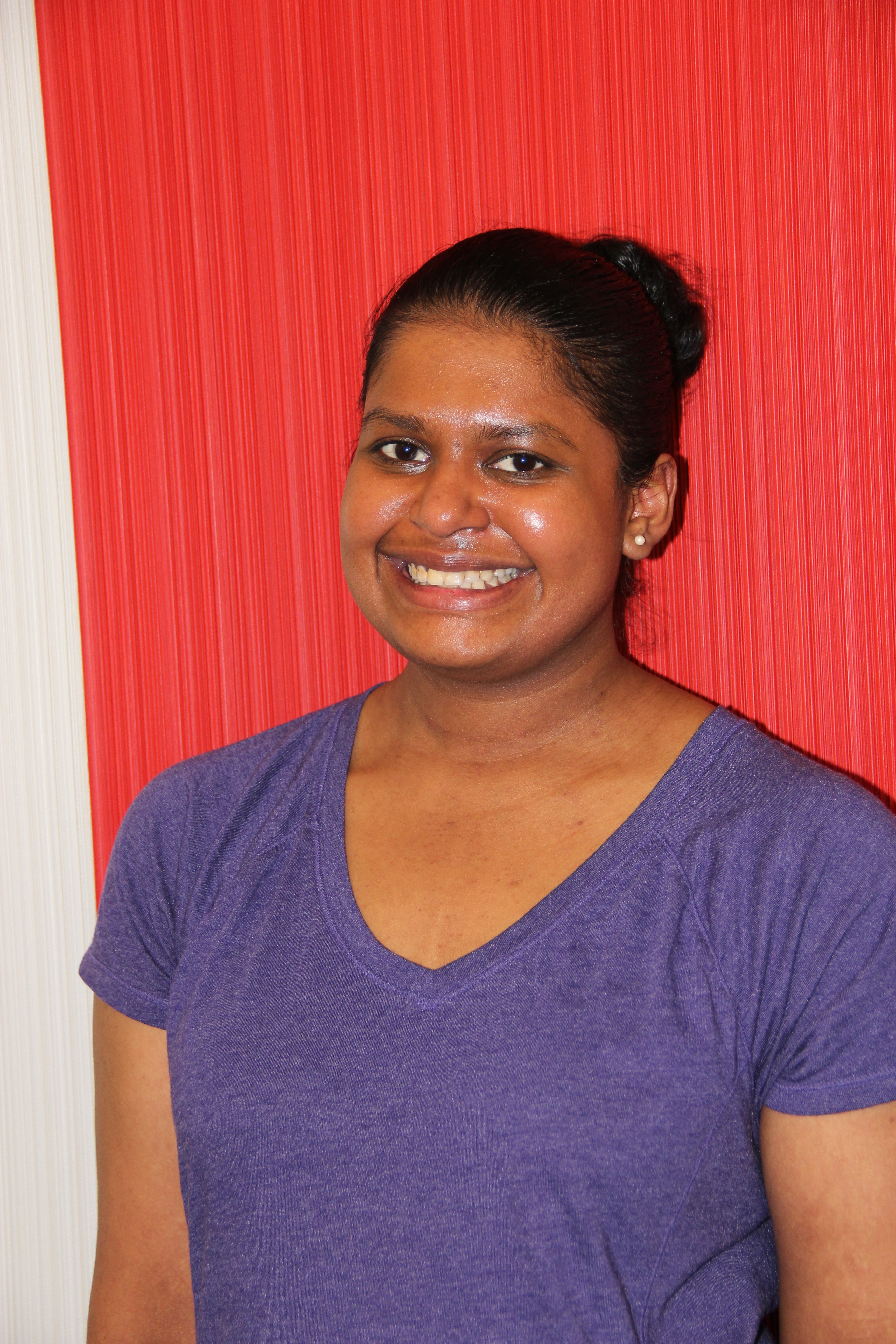 Cheryl is currently a junior majoring in Public Health, and hopes to eventually work in violence interruption. Somewhere in the middle of her sophomore year, she stumbled upon a public health class and immediately fell in love with it. Interested in people and populations as well as how policy can both be utilized and abused by governments in the realm of public health, she wants to investigate how to interrupt unhealthy behavior, and instead, produce a cycle of healthy behavior. This summer, she will be working with the International Gay and Lesbian Human Rights Commission on a study involving violence against lesbian, bisexual and transgender women in five different Asian countries. She will specifically be concerned with the communication aspect of the study, finding different ways and media of dispersing information as well as working towards a response toward the study’s findings.

Declan Galvin is an M.A. candidate at Gallatin studying African Politics through the intersections of violence, identity, and politics. He primarily focuses on rebel and insurgent behavior in Africa, informal society, and conflict formation. Recently, Declan was recognized as an NYU Africa House Fellow and was awarded a Presidential Leadership Award for his work with the Gallatin Graduate Social Justice club. Declan received his Bachelor’s degree in Ethnic Studies from Manhattanville College and a certificate in Swahili from the University of Dar Es Salaam. This summer, Declan will be a Visiting Professor of International Relations at the United States International University-Kenya, and conducting research for his thesis on the complications involved with maintaining human rights in collapsed and informal spaces. He will perform ethnographic fieldwork with a youth movement in the informal settlements of Nairobi that simultaneously promotes human rights while exploiting the very same individuals. He plans to apply to PhD programs in Anthropology and African Studies this fall. 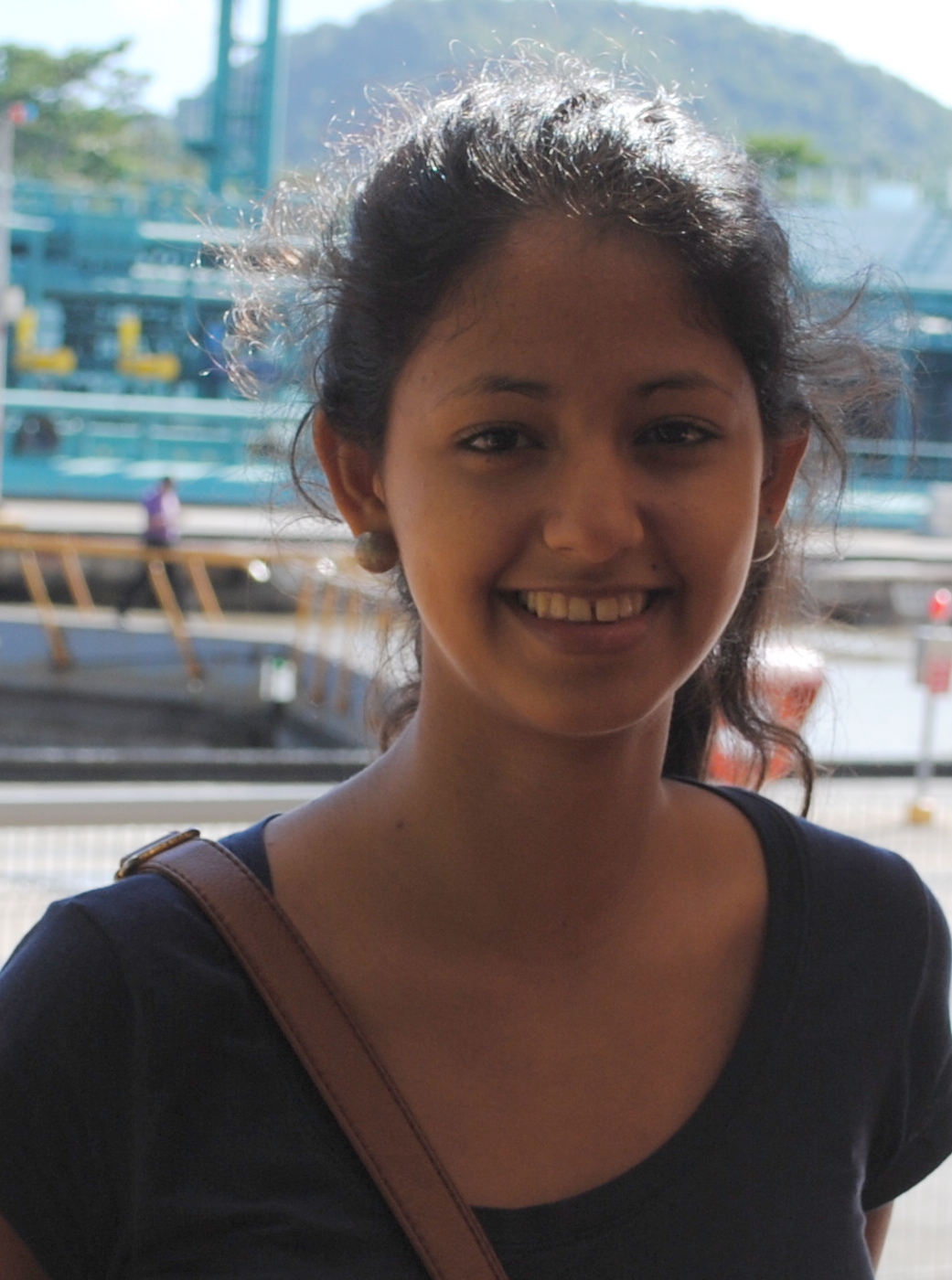 Rebecca is a junior in the College of Arts and Sciences majoring in Anthropology. Though she has explored the four branches of the discipline, Rebecca has found her academic home in Cultural Anthropology—more specifically Medical Anthropology—and it is through this lens that she first became interested in the study of disability. While researching access to primary and secondary education in the South Sudanese capital of Juba, her interest in this topic was further developed as she tried to understand social constructions of disability. This summer Rebecca will be returning to South Sudan to do groundwork research on the perceptions of disability, working with the NGO Handicap International. She hopes ultimately to use her findings to help create evidence-based programs that increase access to basic health and rehabilitation services for people with disabilities. A native of Bangladesh, Rebecca has worked with organizations such as the British Council and the international NGO BRAC. 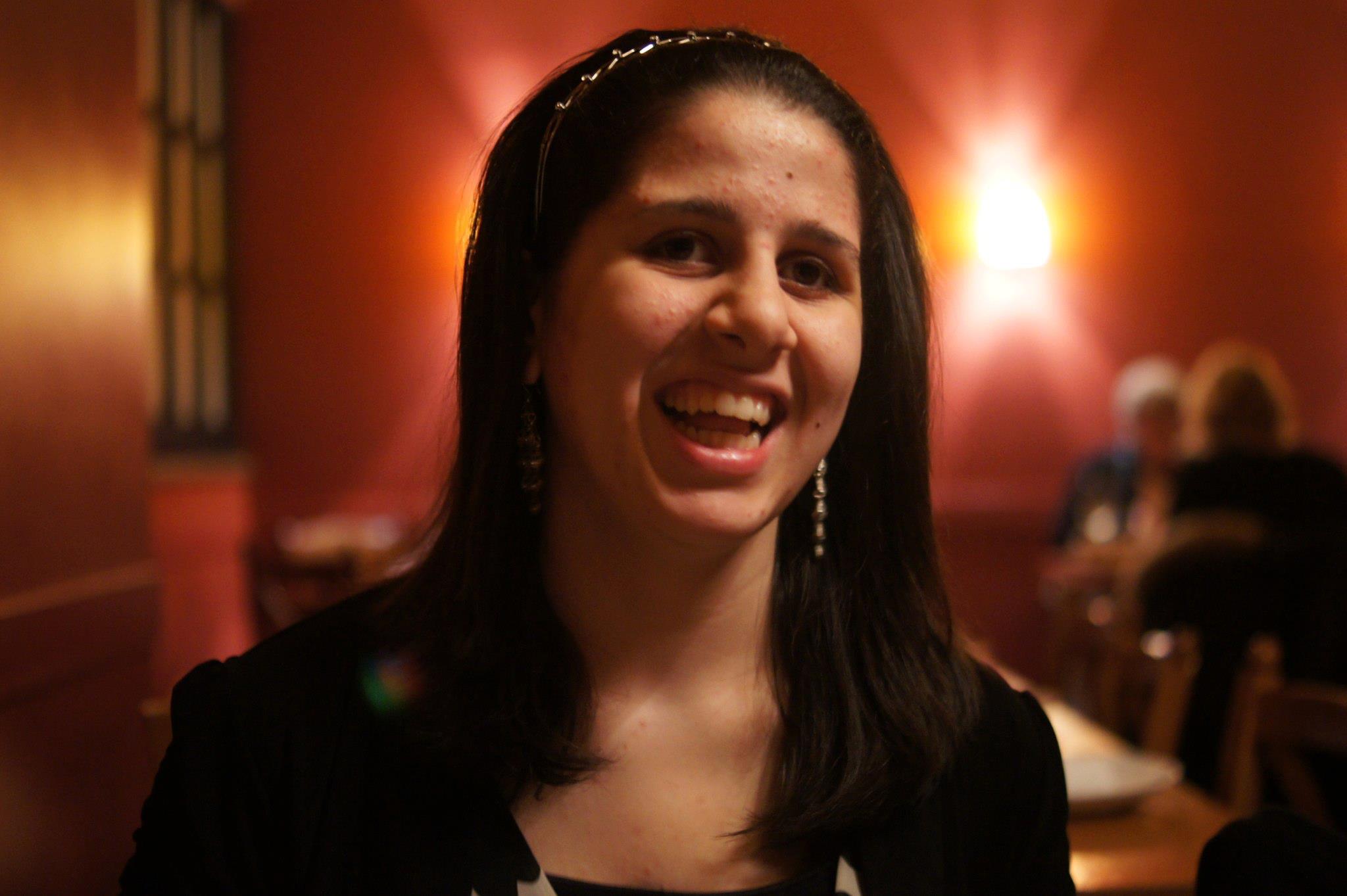 Shafeka is a sophomore pursuing a double major in politics and Middle Eastern and Islamic studies in the College of Arts and Sciences. Her academic and extracurricular activities focus on colonialism, human rights, and social justice movements. She is extremely involved in the NYU chapter of Students for Justice in Palestine as well as many other activist organizations. Shafeka’s current research is concerned with another side of her activism, persons with disabilities. She is president of the New Jersey Association of Blind Students and this summer will be working with the National Federation of the Blind to create a seminarfor college students with disabilities, the first of its kind, that focuses on discriminatory laws in the United States and their dismantling, with a heavy emphasis on the legality of subminimum wages for disabled persons. The goal of the seminar is not only to have students learn, but for them to then return to their respective campuses and create targeted boycott campaigns towards companies that exploit persons with disabilities. 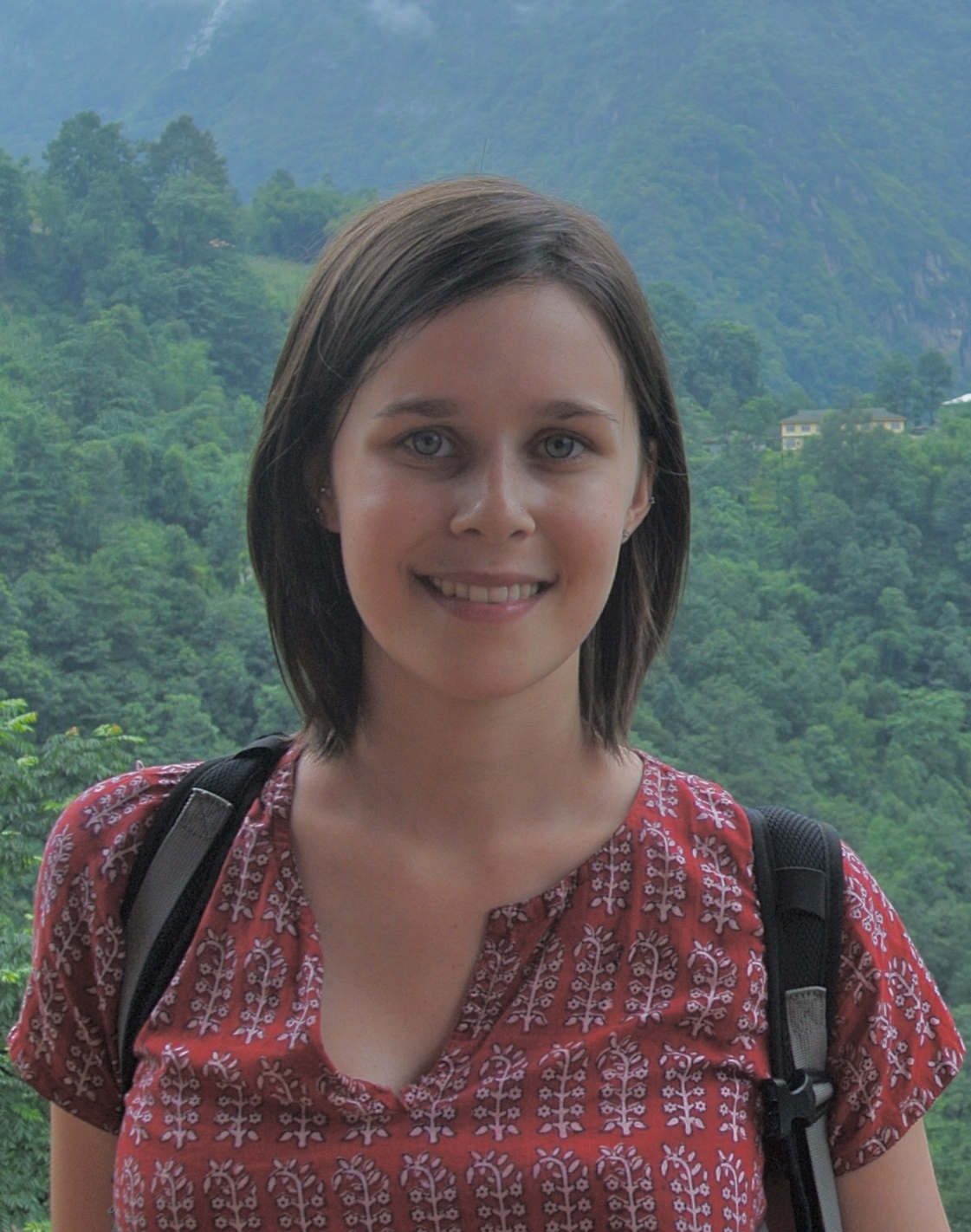 Lily is a junior at Gallatin concentrating on the intersection of gender theory, the politics of reproductive healthcare, and transnational social policy. Her research is specifically focused on how women’s ability to reproduce and bear children influences the development of gender norms and the distribution of healthcare, both in the United States and around the globe. During her time at Gallatin, Lily has worked with a variety of organizations that have helped her to explore the multi-dimensional nature of these subjects, including acting as a campus liaison for Planned Parenthood, advocating for survivors of intimate partner violence and sexual assault through the DOVE program at Columbia Presbyterian Hospital, and teaching Pregnancy Prevention workshops in New York City public schools through the organization Peer Health Exchange. As a Gallatin Global Fellow in Human Rights, Lily will be building on this previous work by traveling to India to explore the factors that influence, prevent, or deter women from accessing maternal healthcare during pregnancy. She will be working with ARMMAN, an organization which attempts to reduce rates of maternal mortality by providing pregnant women in rural areas outside of Mumbai with automated voice messages on their cell phones which educate them on the different stages of pregnancy and attendant risks. Through this project, Lily will examine the ways in which health education and healthcare administration work in congruence to increase female autonomy while also preventing maternal mortality. 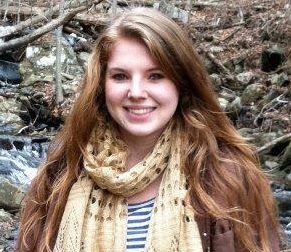 Martha is a junior at Gallatin concentrating in Youth, Politics, and Development in Sub-Saharan Africa with an interest in social movements and urban issues. Martha spent last summer working with Magamba Cultural Activist Network in Zimbabwe, studying the use of hip hop as a medium for political and social change. This summer, her research in Cape Town, South Africa will expand upon her previous experience; she will work with Children’s Radio Foundation to examine how like hip hop, radio is also used as a platform youth activists. Martha will use hip hop and radio as a lens through which to examine how the youth are re-imagining and promoting their rights as urban citizens.