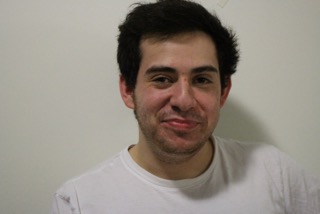 Robert is a junior at Gallatin examining the Role of Liberation Theory and Psychology in Social Movements. He has been organizing with the NYU Student Labor Action Movement for the past three years and is particularly interested in how the poor and dispossessed can unite across all lines of division to form a mass-based social movement that can eliminate poverty. This summer, Robert will work with Abahlali baseMjondolo (Shack Dwellers) Movement South Africa, the largest organization designed to help the poor in post-Apartheid South Africa. Abahlali has brought thousands to the streets, guiding them in occupying and marching on offices of local councilors, police stations, municipal offices, newspaper offices, and City Hall. Robert was drawn to Abahlali because of its commitment to political education, its militancy in fighting for human rights, its focus on leadership development, and because it supports the struggle for the poor to control their own narrative. He feels particularly honored to be selected for this fellowship, as it allows him to come full circle, both entering and graduating from NYU as an organizer for the human right to housing. 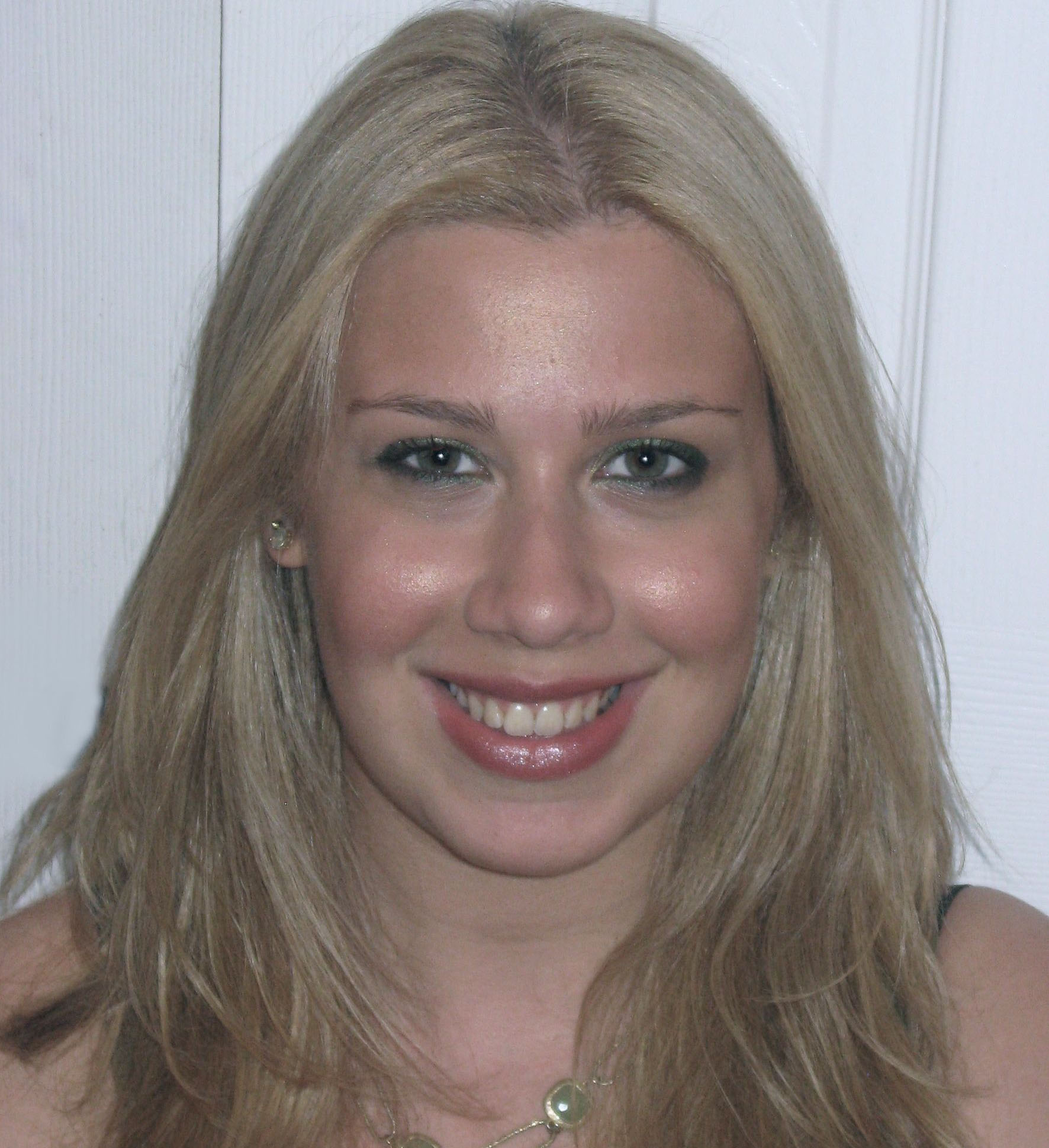 Carly is a junior at Gallatin who is developing a concentration in Environmental Policy and Human Rights, with a regional focus on the Middle East. She is also interested in international humanitarian and environmental law. This summer, she will work for Mada al-Carmel and will research water access and water quality in Gaza and the West Bank. She will examine the interaction between non-governmental organizations and government agencies, to analyze approaches to addressing pressing challenges such as the rapid deterioration of Gaza’s sole aquifer. Carly also plans to investigate the impact that infrastructural damage from military intervention has had on the lives of Palestinians and Palestinian refugees. This work is part of her ongoing research about the intersection of environmental issues and human rights violations within the larger context of Israel’s occupation of Gaza and the West Bank. 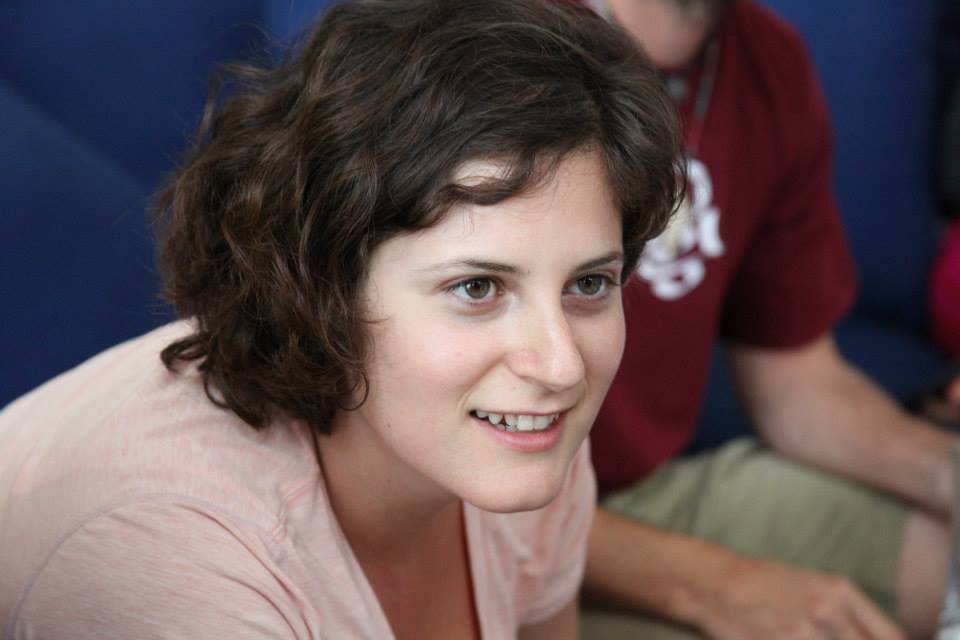 Tammy is a master’s student at Gallatin who is developing a concentration in Performance and Peacebuilding, with an emphasis on theater related to the Israeli-Palestinian conflict. Before Gallatin, she received an interdisciplinary undergraduate degree in Gender, Bodies, and Space, with a minor in Dance and Performance Studies, from the University of California, Berkeley. For the spring of 2015, Tammy was selected to participate in the -ISM Project through NYU’s Center for Multicultural Education and Programming, where she will create an artistic presentation that responds to her Zionist upbringing. This summer, she will work in Tel Aviv with Zochrot, a nongovernmental organization that educates Israeli Jews about the displacement of Palestinians as a result of the establishment of the State of Israel. She will also research and participate in theater peace-building projects while in Israel and Palestine. Tammy is currently an executive assistant for Jessica Litwak and the Healing, Education, Activism, and Theater (HEAT) Collective, an organization that focuses on building peace and justice through theater. She has also worked as a public benefits advocate, theater educator, religious school teacher, and an events coordinator for an LGBT/women’s center. She is a poet, director, and writer. 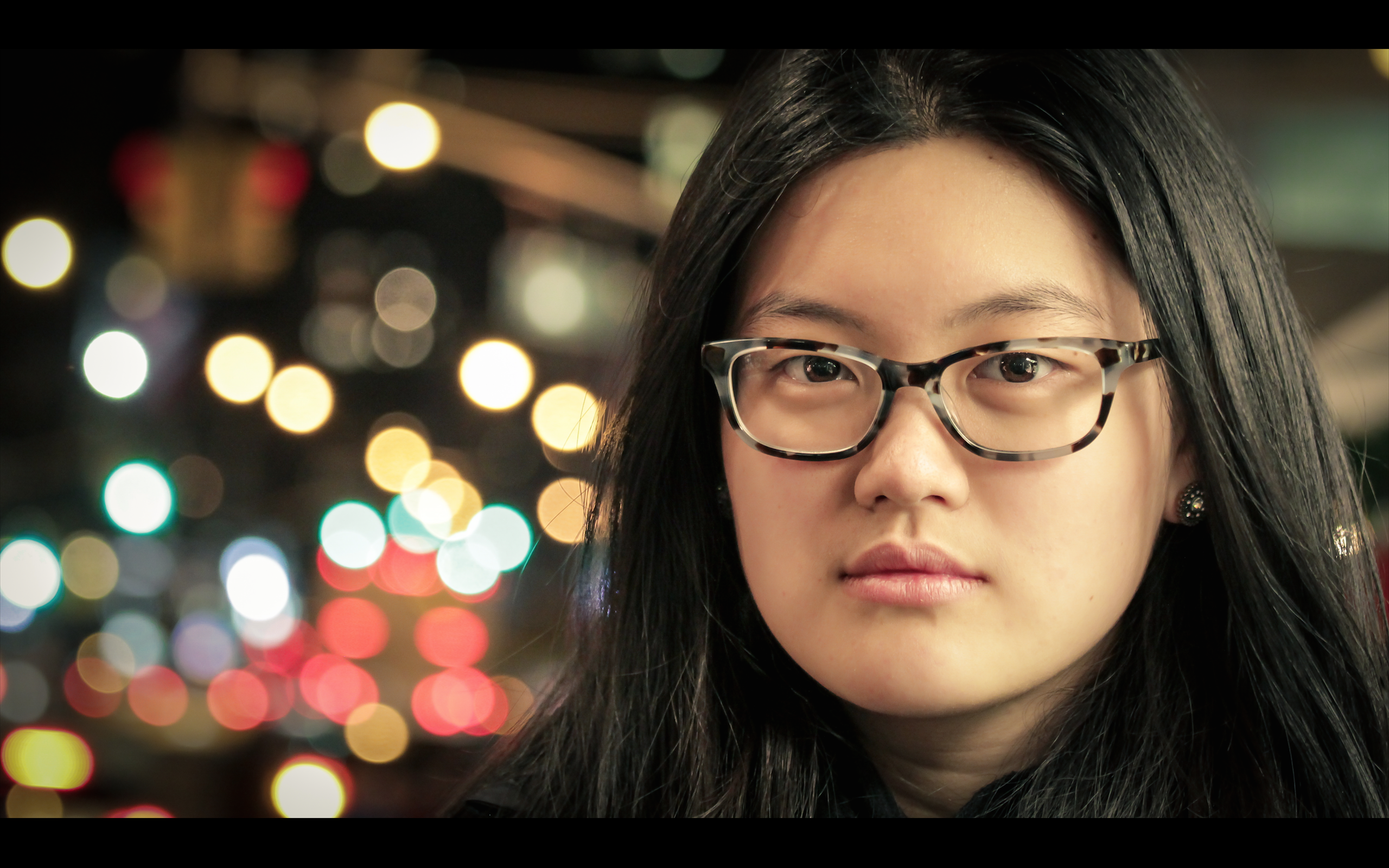 Min-Wei is a sophomore pursuing a BFA in Film and Television at NYU Tisch School of the Arts. A firm believer in the capacity of film to be viscerally transformative and engaging, she endeavors to create a documentary that lifts the veil on the unexposed discrimination against foreign Filipina domestic workers in her native Singapore. To understand this community of women and the human rights issues they face, Min-Wei will intern this summer with the Singaporean advocacy group, Transient Workers Count Too (TWC2), for whom she will conduct grassroots research, interviews, and surveys, and gather and consolidate government data. With the knowledge she gleans from this work and from additional independent research, Min-Wei aims to provide audiences with a nuanced, poignant, and enlightening visual window onto the dignities of foreign domestic labor, with hopes that it can serve as an impetus for change in Singaporean society. 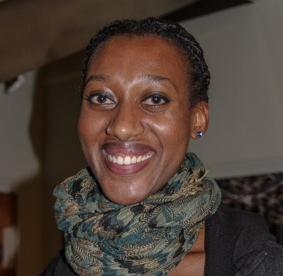 Ayanna is a first-year master’s student in Africana Studies at the NYU Graduate School of Arts and Science. Her research focuses on Afro-Latin American communities and the Haitian diaspora within larger questions of racial geopolitics, identity, forced migration, and foreign aid. After completing her BA in International Studies and African-American Studies at Northwestern University, she worked at Movement of Dominican-Haitian Women (MUDHA) as a Kathryn W. Davis 100 Projects for Peace fellow, and at an elementary school in Harlem the following year. This summer, Ayanna will intern with DRECCA (Foundation for the Development and Ethno-Cultural Vindication of Afro-Descended Communities) in Cali, Colombia. DRECCA’s mission is to promote the vindication and development of the human rights of Afro-Colombians while highlighting their cultural richness and African identity at the national and international public policy level. Ayanna will work in DRECCA’s education department, which seeks to inform young adults, aged 14-25, about racial discrimination, land rights, and corporate responsibility. 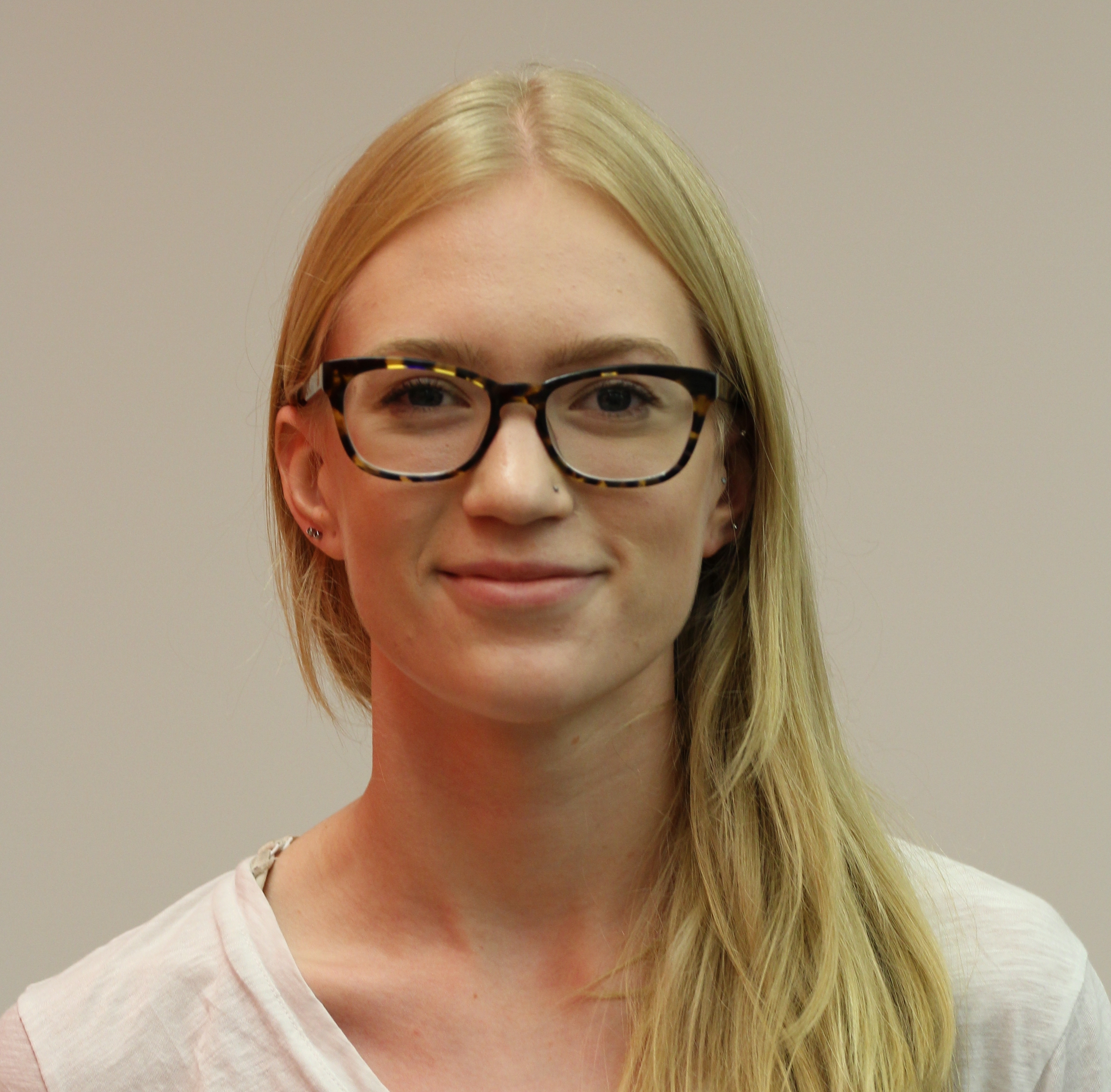 Olivia is a junior at Gallatin developing a concentration entitled The Culture, Politics, and Economics of Inequality. This summer she will travel to Brussels, Belgium, to work with Access, a human rights organization that strives to extend and protect human rights in the digital sphere. Having proximity to European Union governmental bodies in Brussels, Olivia will be ideally positioned to study the ways in which governments prioritize legislation that protects citizens’ fundamental rights surrounding the Internet. Through her advocacy and policy work with Access, Olivia plans to further her development as a student and as an activist and hopes to learn how the rights to assembly and free speech can be harnessed and intensified by technology in order to empower people and incite positive change in the absence of a supportive government. 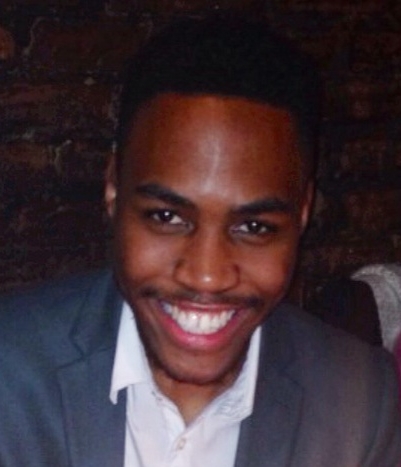 Shaquille is a junior majoring in Media, Culture, and Communications in the Steinhardt School of Culture, Education, and Human Development. Shaquille is interested in discovering the numerous ways that the media can revolutionize the world we live in. This summer, he will serve as a communications intern with the Jamaica Forum for Lesbians, All-Sexuals and Gays (J-FLAG) in Jamaica. He will manage all of the organization’s social media platforms, write and disseminating press releases, write feature stories, and assist with the quarterly newsletter, in addition to providing communications support to grassroots LGBTQ organizations and groups. Shaquille also plans to research and develop a proper understanding of the homophobic ideologies that exist in Jamaica, which Time Magazine has referred to as “the most homophobic place on earth.” With the knowledge he gains from working with J-FLAG, Shaquille eventually plans to develop a human rights organization that will provide ostracized LGBTQ individuals the fundamental resources they need to flourish and survive. 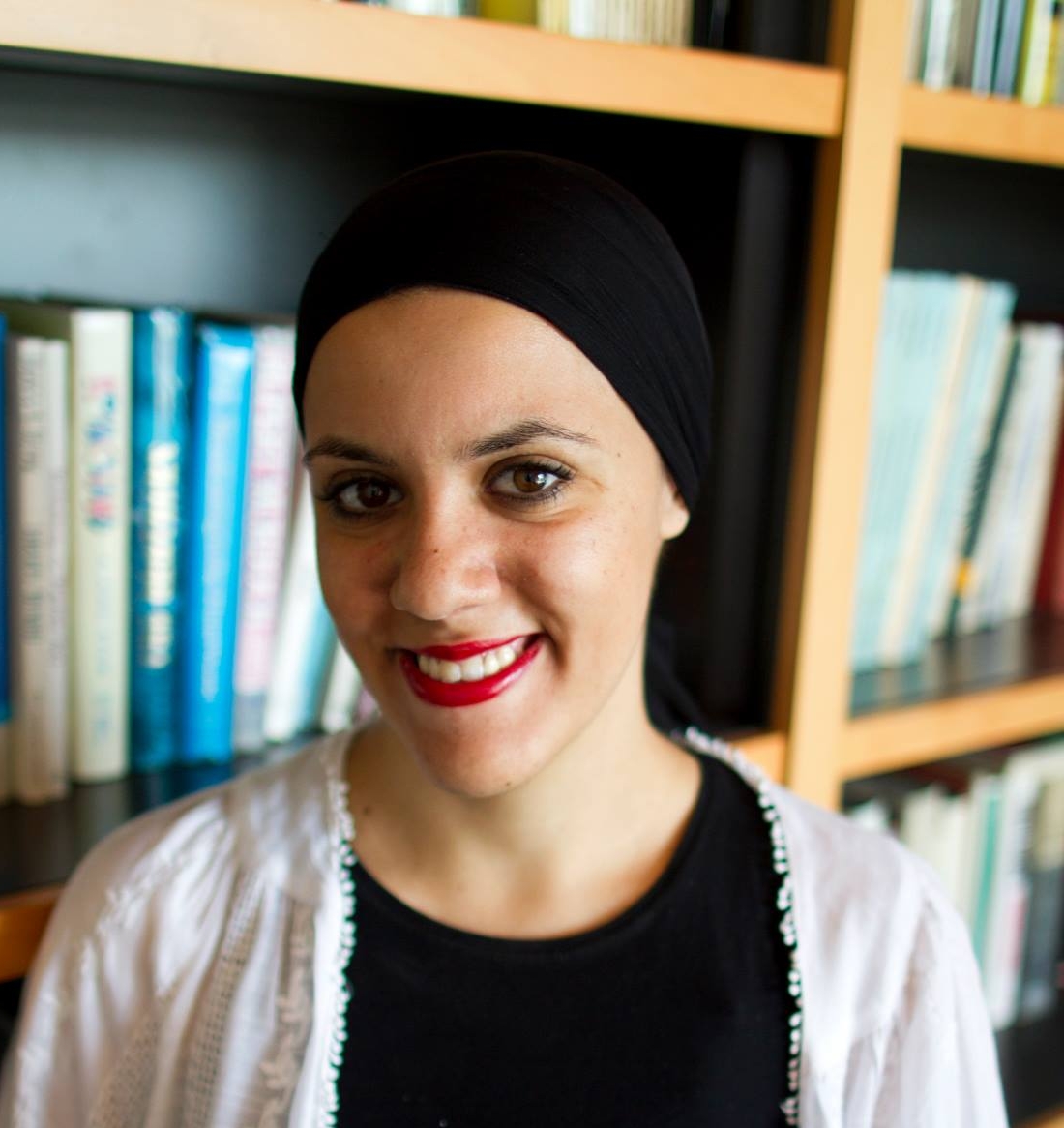 Nadeen is a master’s candidate at NYU’s Arthur L. Carter Journalism Institute, where she is pursuing a joint Journalism and Near East Studies degree. This summer, she will intern at the Egyptian Center for Economic and Social Rights in Cairo, Egypt. There, she will conduct research for her thesis reporting project, which focuses on mass political detentions that have been held under a newly enforced Egyptian protest law. More specifically, her research aims to re/construct a prison narrative of experiences of individuals which will link to the broader prison system in Egypt and to the repressive human rights situation in the country. Nadeen’s interest in global human rights has been fueled by her work in journalism the past few years. She has focused especially on the Middle East and has written on the forced sea migration of Syrian refugees from Egypt to Europe, the fate of Copts under the Islamic government, and the status of human rights in Arab Spring and Gulf countries. 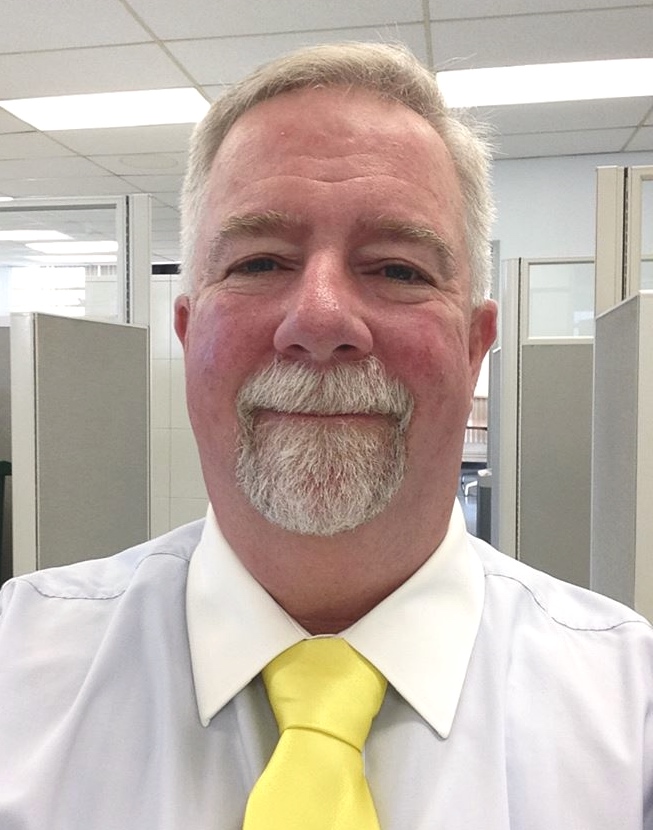 Ed is a graduate student at the Glucksman Ireland House NYU, where he is pursuing a master’s in Irish American Studies. Throughout his adult life, Ed has labored in service to the people of New York City and to the Irish community at large. In 2012, he was honored with the Thomas Manton Award from the New York City Council in recognition of his work in preserving and advancing the Irish Gaelic language in New York City. This summer, Ed will work under the auspices of the Pat Finucane Centre, a non-party political, anti-sectarian human rights group advocating nonviolent resolution of the conflict on the island of Ireland, which has locations in the Irish cities of Belfast and Armagh. While there, Ed will conduct research on the sentencing of both Republican and Loyalist convicts from 1970 to 1980, and members of the Centre will help him unearth information that may contribute to reconciling differences that have plagued the Nationalist and Unionist communities for decades. Ed has made his living as a New York City sanitation worker since 1993. 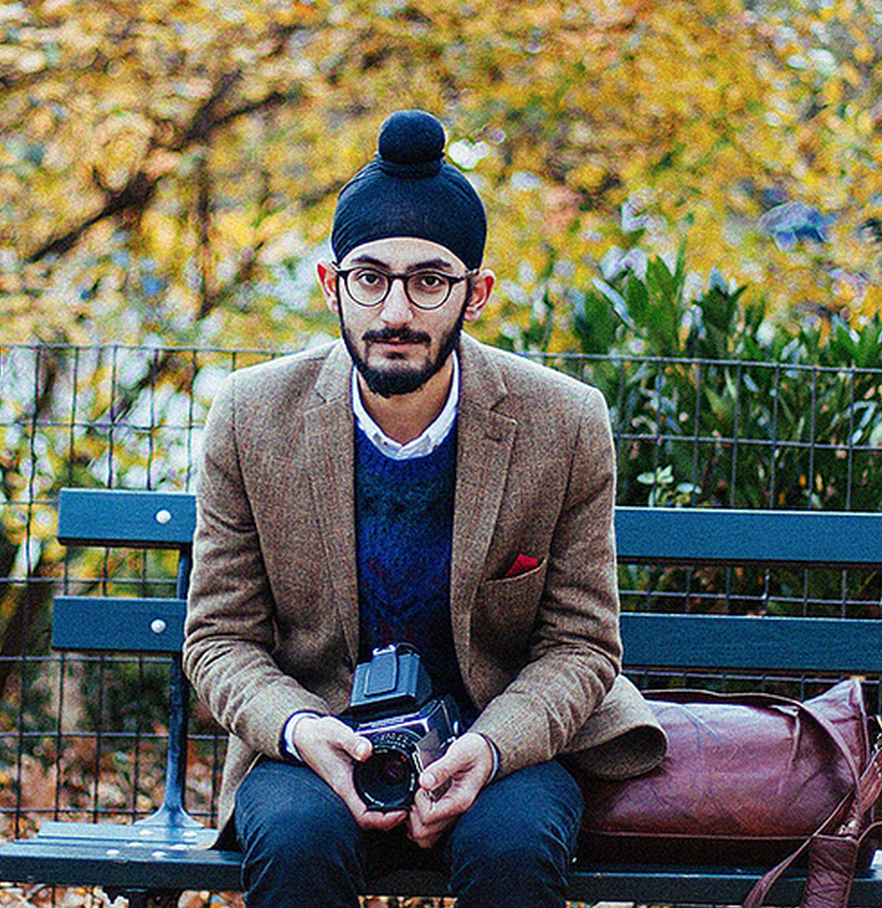 Karanjit is an undergraduate in the Department of Photo and Imaging at NYU Tisch School of the Arts. An aspiring documentary photographer, he is exploring the theme of “belonging” and the idea of “imaginary homelands” within the South Asian diaspora. For the past two years, he has photographed within various Tibetan refugee communities in India and the United States in an effort to highlight the deteriorating human rights conditions in Tibet. Continuing his documentation of the Tibetan narrative, Karanjit will work this summer with Gu-Chu-Sum, a Dharamsala, India-based nongovernmental organization that seeks to rehabilitate former political prisoners and help them settle into new lives in exile. Karanjit intends to create a comprehensive photo essay that will document and showcase the testimonies of several of these former prisoners, many of whom have been witnesses and victims of human rights abuses in the Tibetan region. 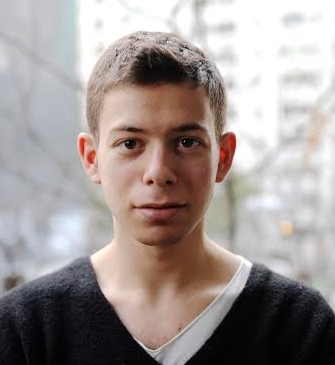 Benjamin is a junior at Gallatin studying cultural anthropology, human rights, and creative writing. He is interested in the intersection between political economy and culture, an interest that stems from his experiences growing up on a reservation in Washington State, where he grew concerned over the relationship between indigenous communities and the neoliberal state. This summer, Benjamin will intern with Colours Rainbow, an LGBT advocacy and media group located in Yangon, Burma. He interned there previously in the summer of 2013. He will assist with Rainbow Magazine, Colours Rainbow’s local periodical, and investigate the various ways in which transnational actors frame and shape human rights discourse within the queer activist community. Benjamin is interested in building a more nuanced understanding of how larger economic and cultural structures create and shape queer identity. He has traveled extensively throughout Southeast Asia and speaks conversational Khmer, Lao, and Burmese.