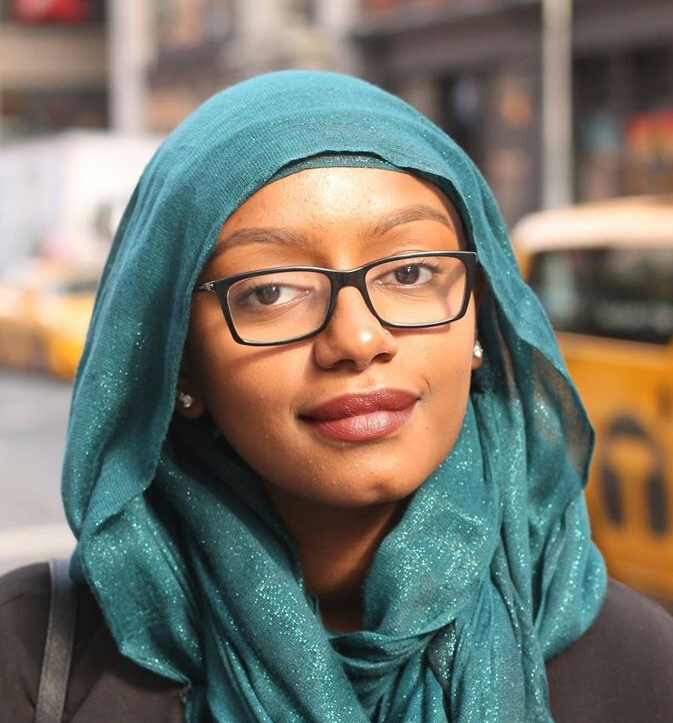 Bayan is a junior in the College of Arts and Science majoring in politics and history. She focuses on the intersections of law and society, examining in particular how the politics of law facilitates the development of the world we live in today. Bayan’s experiences living in the Arab world have made her cognizant of the issues within that region. She is interested in exploring, specifically, how Sudanese pan-Arabist and pan-Islamist movements led to the human rights crises and conflicts in Darfur and South Sudan. This summer, Bayan will be hosted by Tadamon—The Egyptian Refugee Multicultural Council in Cairo, Egypt. She will assist with projects involving research and analysis of the challenges Sudanese migrants and refugees from Darfur and South Sudan face with integration and livelihood in Cairo. Her summer project will explore the experiences of Sudanese asylum seekers as well, and will explore the ways in which the Sudanese government’s agenda has contributed to their displacement. 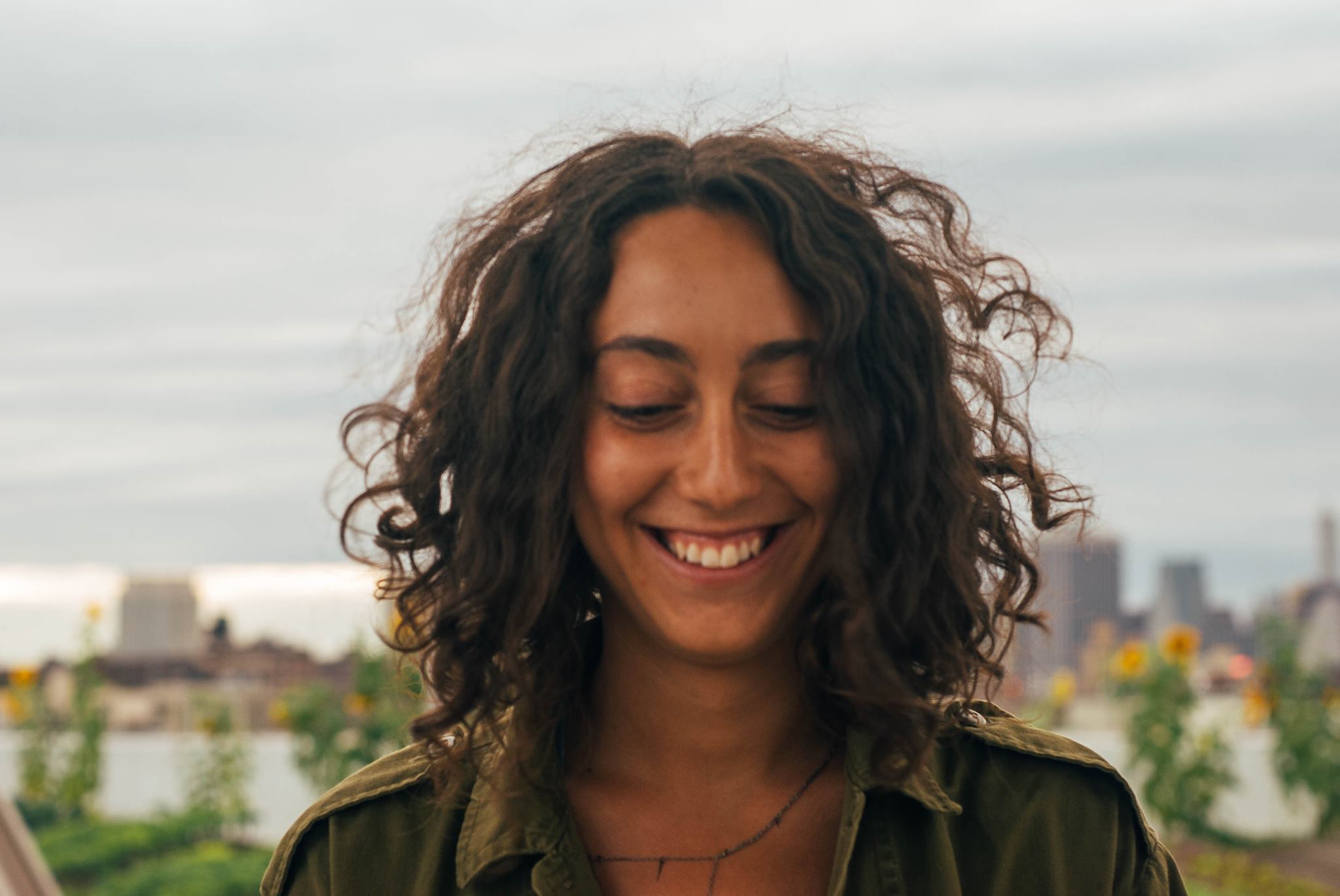 Ellie is a master’s candidate at NYU’s Center for Experimental Humanities, where she is studying the history and transformation of US refugee policy. For the past three years, Ellie has worked closely with asylum seekers at Refugee & Immigrant Fund, providing legal and social assistance to refugees. Over time, she has observed disparities in the challenges faced by her female as opposed to male clients, and this has elicited questions for further research. This summer, Ellie will intern with Just Associates (JASS) in Mexico. Her goal is to learn more about how women-led movements in Latin America both historicize and resist the rights violations that women face in Central America by challenging some of the intersecting root causes of their plight: colonialism, neoliberal economics, and heteropatriarchy. Ellie's summer project will also investigate the strategies JASS uses to encourage a feminist approach to rights claims that are not conventionally framed, at least on the surface, as women’s rights claims. 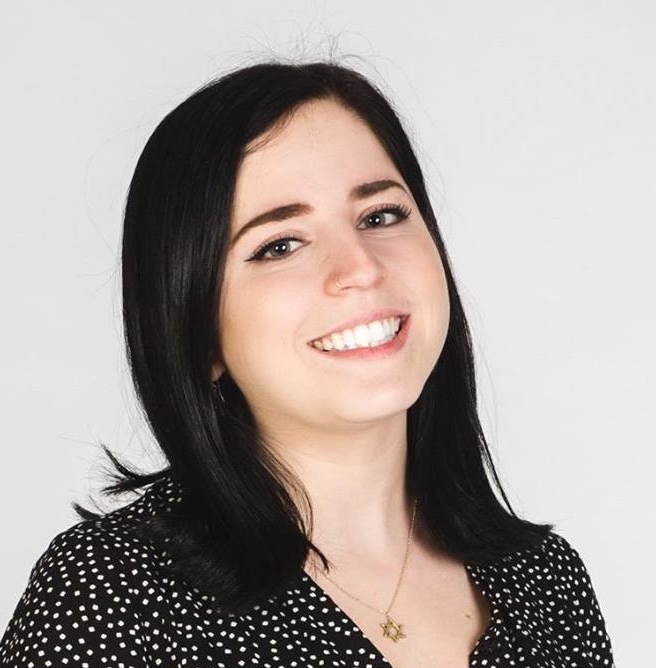 Rose is a junior in the College of Arts and Sciences Department of Social and Cultural Analysis, pursuing American studies with an emphasis on the intersections of politics, human rights, identity, and resistance. Both her status as an Israeli-American and her studies have informed her activist work with the Palestinian solidarity movement. This summer, she will intern at Zochrot, a nonprofit organization in Tel Aviv. Zochrot (“remembering,” in Hebrew) seeks to commemorate, acknowledge, and repair al-Nakba, the mass displacement of 750,000 Palestinians that occurred following the 1948 creation of Israel. Rose hopes to challenge the lack of acknowledgment of al-Nakba in mainstream Israeli and in Jewish discourse. She will assist Zochrot with its pre-transitional justice project, which lays groundwork for a just resolution for Palestinian refugees through truth-seeking, institutional reform, redress, compensation, and prosecutorial accountability. Her work will include researching, gathering testimonials, and assisting with tours of destroyed Palestinian localities. 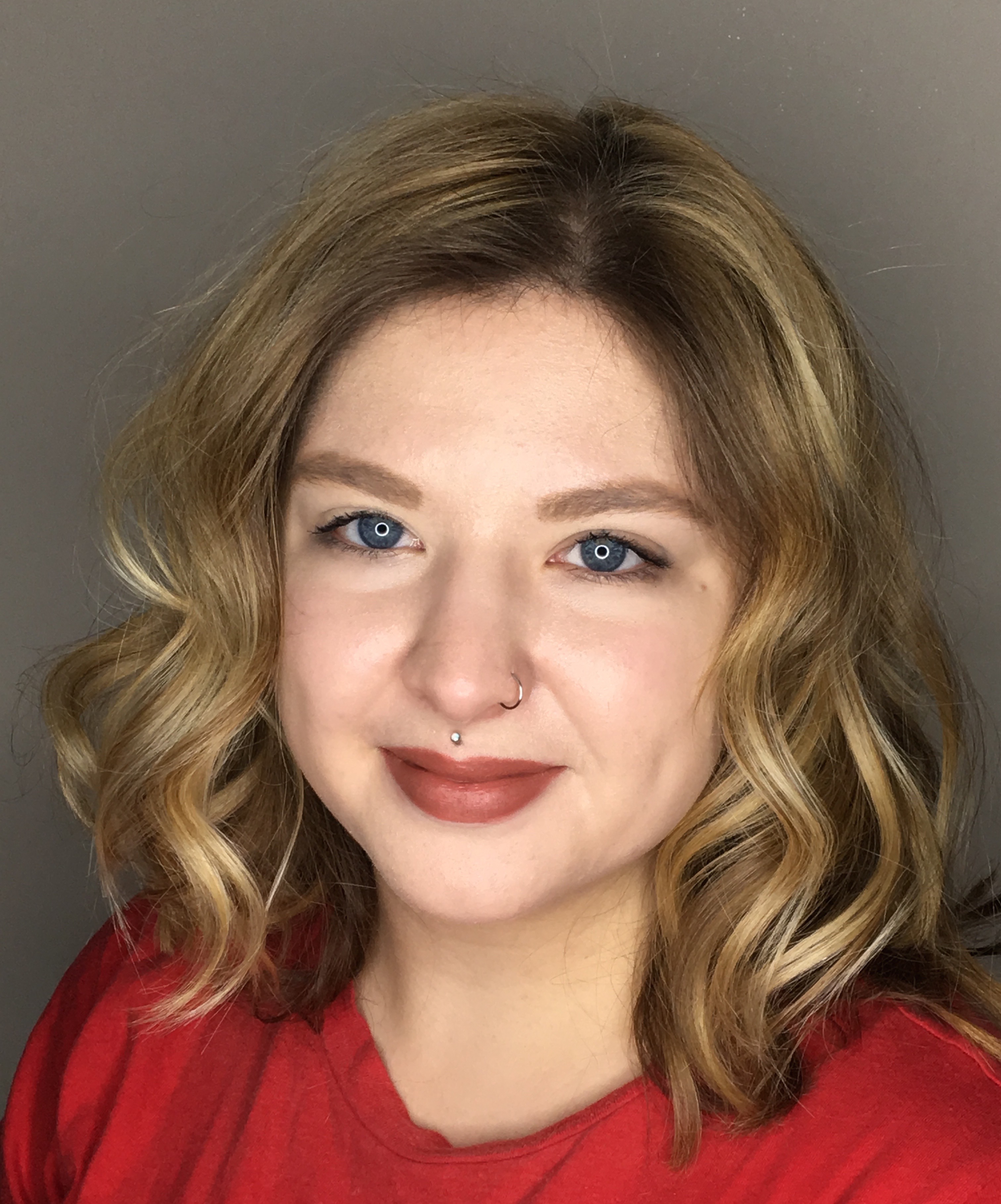 Abie is a senior at Gallatin studying intersectionality, human rights, and the law, with a minor in American Sign Language. A pre-law student, she intends to become an international human rights lawyer focusing on the intersections of statelessness, refugee status, and human rights. This summer, she will intern at the NYU School of Law's Center on Race, Inequality, and the Law, working with their new project focusing on the Haitian community at large and Haitian immigrants and refugees in the US. The project will look at both legal and community-based ways of serving the Haitian community, particularly those members affected by the recent eradication of Temporary Protected Status. Abie will interact hands-on with the Haitian community in both New York and Haiti and will also conduct in-depth research and interviews, administer surveys, and participate in advocacy work for the center. She hopes to learn how to coordinate legal advocacy with community-driven/centered work and hopes to gain a better understanding of how and when human rights principles apply to people with a precarious citizenship status. 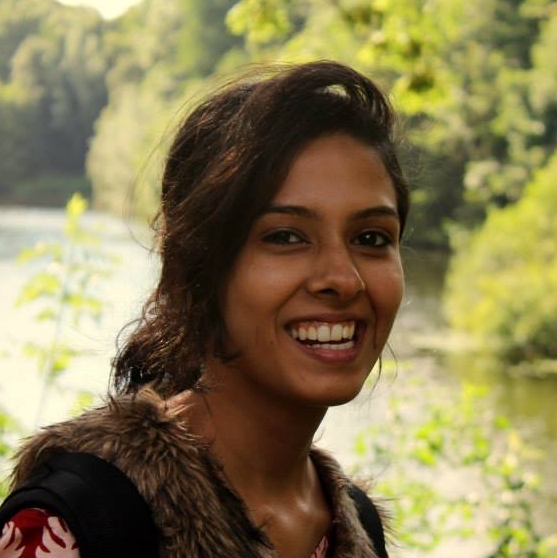 Rashi is pursuing a master's in performance studies at Tisch School of Arts. She is a theater artist and scholar who believes in the potential of theater and the arts to bring about social justice. She completed an MA in conflict and peace studies in India, after which she worked in the country for two years with NGOs as a social worker and activist. As a Gallatin Human Rights Fellow, she plans to intern with a community-based theater group that uses the arts as a form of social change and provides a space for the youth, to help them deal with trauma. Rashi also plans to conduct practice-based research on the role of theater and the arts and their influence in seeking justice based on the universal principles of human rights. 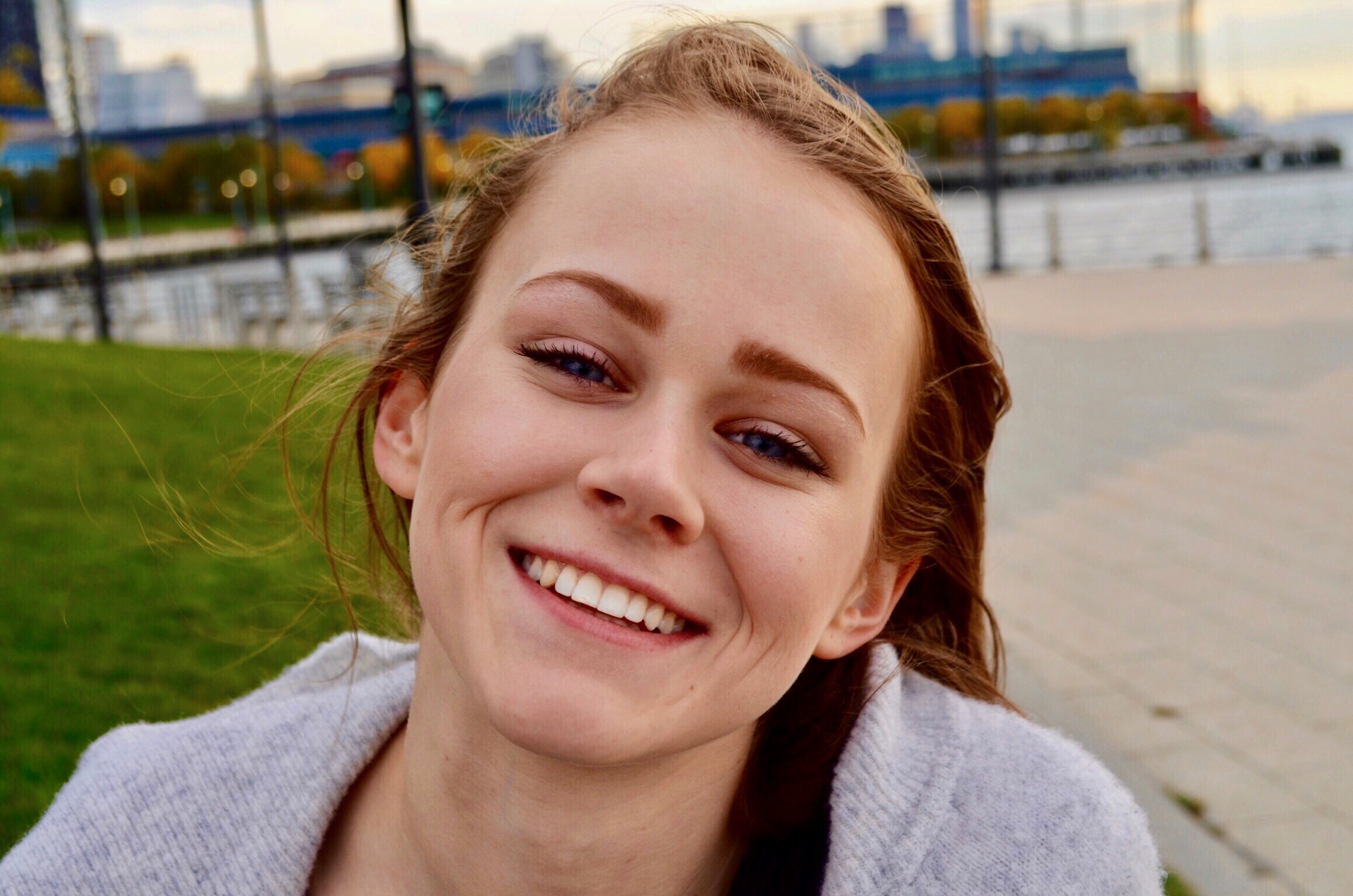 Maria Polzin is a junior in Gallatin studying affect theory in addition to the intersections of race, gender, and environmental studies. Maria is an intern at the Mayor’s Office to Combat Domestic Violence and is the director of Survivors Magazine, a publication that uses fashion and photography to empower victims of sexual assault and to spread awareness of sexual violence. This summer, Maria will work with the Community Systems Strengthening Project (CSS) and their partner organizations in Cape Town, South Africa. Funded by the European Union, CSS aims to identify best practices for utilizing community participation as a vehicle to realize health rights. Maria will contribute to the project’s food rights initiatives by building an oral history archive with community members from CSS’s partner organizations, such as Training for Transitions. Through this community dialogue, Maria will help CSS determine goals to be prioritized during the final year of the project’s funding. 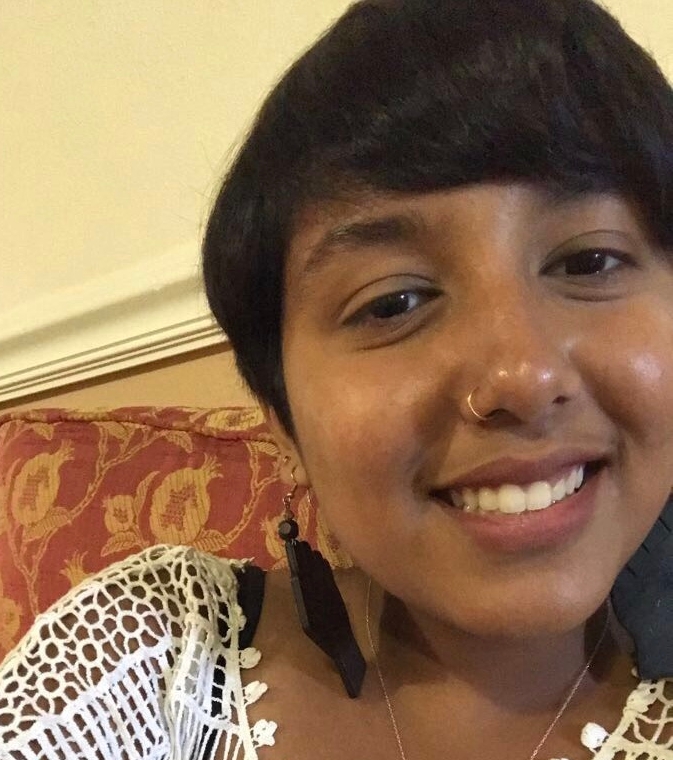 Jensine is an undergraduate majoring in computer science at the Tandon School of Engineering. For the past four years, she has been deeply involved in movement-building and in organizing working-class communities, working in particular with South Asian and Indo-Caribbean immigrants and youths in New York. Upon graduating, she hopes to strengthen movement and organizing strategy and vision by providing technical tools. This semester, Jensine will study the significance of South Asian migrant organizing as it relates to class struggle and international solidarity. During the summer, she is excited to be working with Paschim Banga Khet Majoor Samity, a trade union that organizes mostly women and young people working in agriculture in the West Bengal region of India. She will assist them with their communications and hopes to learn from their organizing practices and tactics. 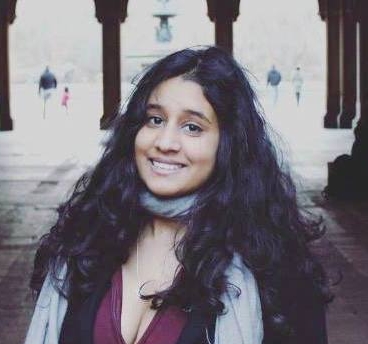 Kiara is a junior at Gallatin studying mathematics, economics, and international development with a minor in French. During her time at NYU, she has interned with a number of human rights and refugee protection organizations, such as Ideation Worldwide and Fondation Scelles. As a South African, she is especially interested in African development and human rights in the African context. Kiara will spend her summer with JRS (Jesuit Refugee Service) Southern Africa, which aids refugees with their transition to South African life. She hopes this work will continue her 2017 NYU Africa House Development Impact Fellowship research, which focused on the treatment of refugees and migrants in South Africa, and allow for further engagement in the field. JRS sponsors and facilitates a number of education-based programs that aim to support refugees and migrants from all over Africa, and Kiara will use both her French proficiency and analytical knowledge to help implement and strengthen their programs. She plans to continue focusing on African development and refugee protection for master's studies and her future career. 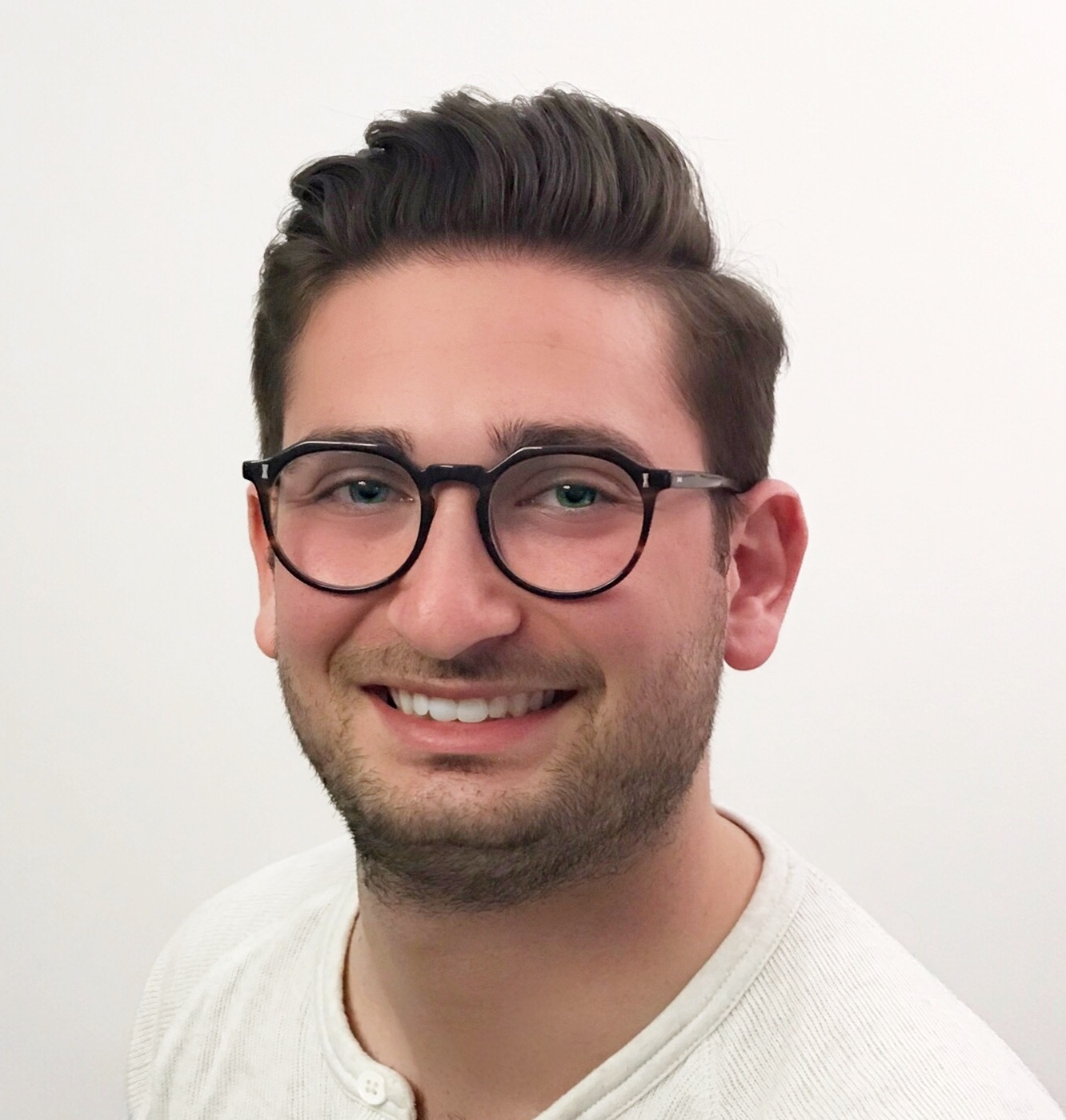 Ben is a BA-MPH dual-degree candidate. He is in his third year at Gallatin, where he is on the pre-health track with a concentration in health and human rights, and is a master’s candidate in epidemiology at the College of Global Public Health. His studies focus on understanding the nexus of medical practice, social determinants of health, and cultural impediments to improved health outcomes, particularly among minority and disenfranchised populations. This summer, Ben will intern with the Bellevue/NYU Program for Survivors of Torture (PSOT) in New York City. PSOT’s clients, coming from the world’s most brutal conflict zones and having both physical and psychological scars, receive help and guidance in regaining their autonomy and purpose. Through an outgrowth of PSOT’s mission, Ben will focus on the plight of immigrants in civil detention centers across the United States, documenting existing conditions and advocating for their health and human rights. 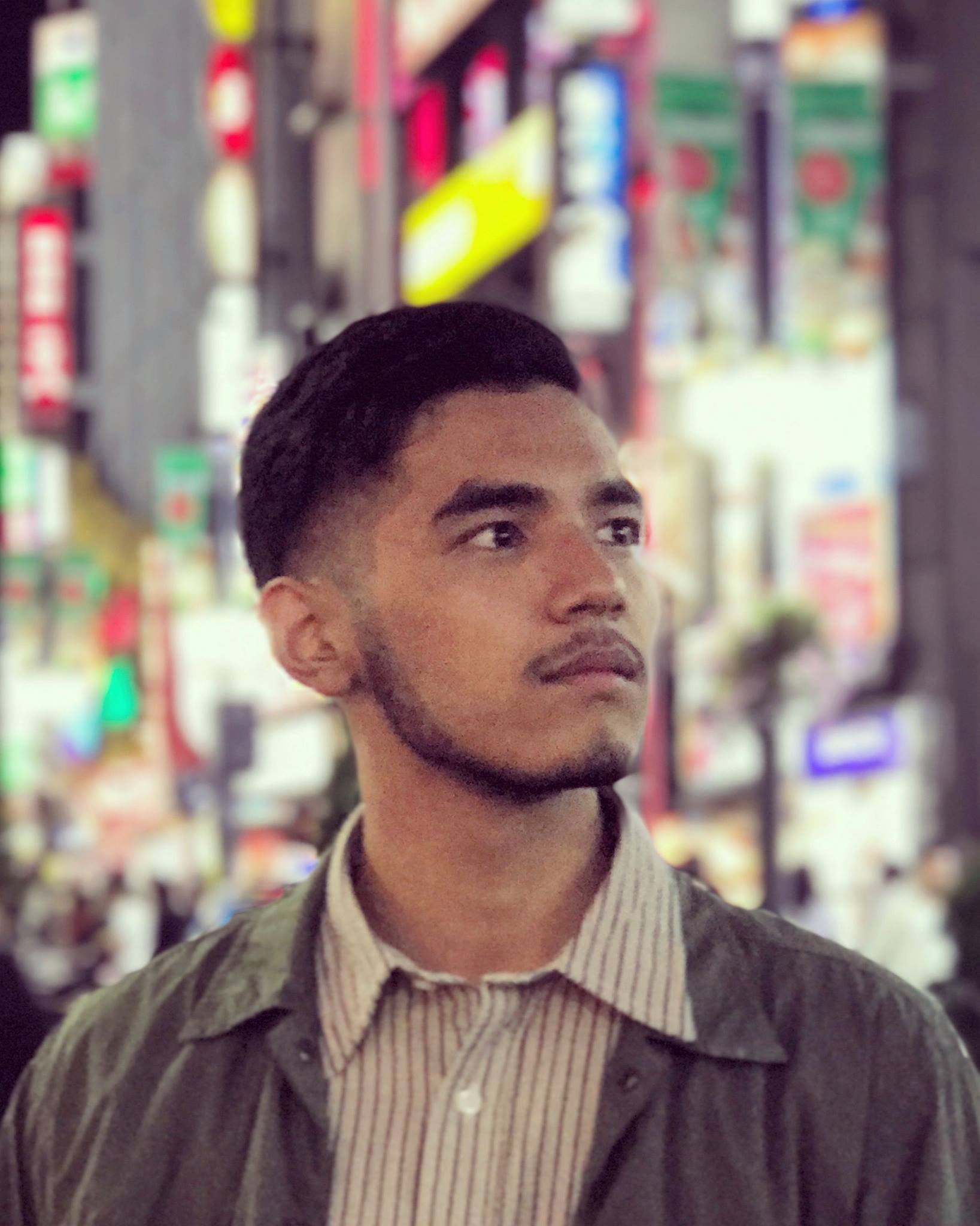 Mark "Keiga" Yokoyama, a nuclear dissident from Fukushima, Japan, applies his interdisciplinary background as a community organizer and think-tanker to his undergraduate studies (Liberal Studies '16/College of Arts and Sciences '19) in public policy with a focus on energy policies affecting public health. During his Liberal Studies first year away in Washington, DC, he was elected Secretary of Advocacy of NYU DC's Hall Congress and hosted Student Wellness Week, promoting a positive relationship to the environment. Currently as a national security intern with the Hudson Institute, he publishes materials focusing primarily on humanitarian violations that refugees face due to coercive public policies. Additionally, Mark continues his work for a sustainable future as a 2017–18 NYU Zayat Scholar. This summer, he will volunteer with Human Rights Now (HRN), an international human rights NGO working for the promotion and protection of human rights for people worldwide, with a special focus on Asia. Mark intends to assist with HRN's efforts in creating reports and statements and will potentially assist with research. With his fluency in Japanese, he also intends to contribute to the process of building bridges between Japan and the US. 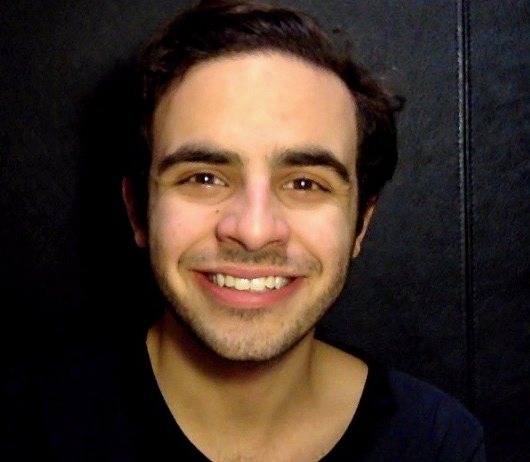 Michael is a third-year student at Gallatin creating a concentration that brings together dramatic writing, Middle Eastern studies, media studies, and human rights. Specifically, he focuses on aesthetic practices such as playwriting and visual media while approaching questions about the politics of representation, diasporic identities, and violence in transnational and Middle Eastern contexts. A playwright of Syrian-Jewish descent, Michael has composed numerous works about the Arab–Jewish experience. His latest work, Left of Aleppo, composed with assistance from the Gallatin Jewish Studies Grant, will be presented as Gallatin Theater Troupe’s mainstage production in March 2018. This summer, Michael will continue to explore emergent ways in which violence and suffering in urban conflict zones is aestheticized, by serving as a scriptwriter and research assistant at Forensic Architecture­, an organization that uses advanced architectural modeling and filmmaking technologies to document human rights offenses in urban conflict zones.