For Gallatin students interested in theater—from classics to musicals to cabarets and more—there are many ways to get involved and be a part of an active performance community. Whether you are interested in performing, writing, directing, producing, designing, or helping out backstage, the opportunities and resources abound. 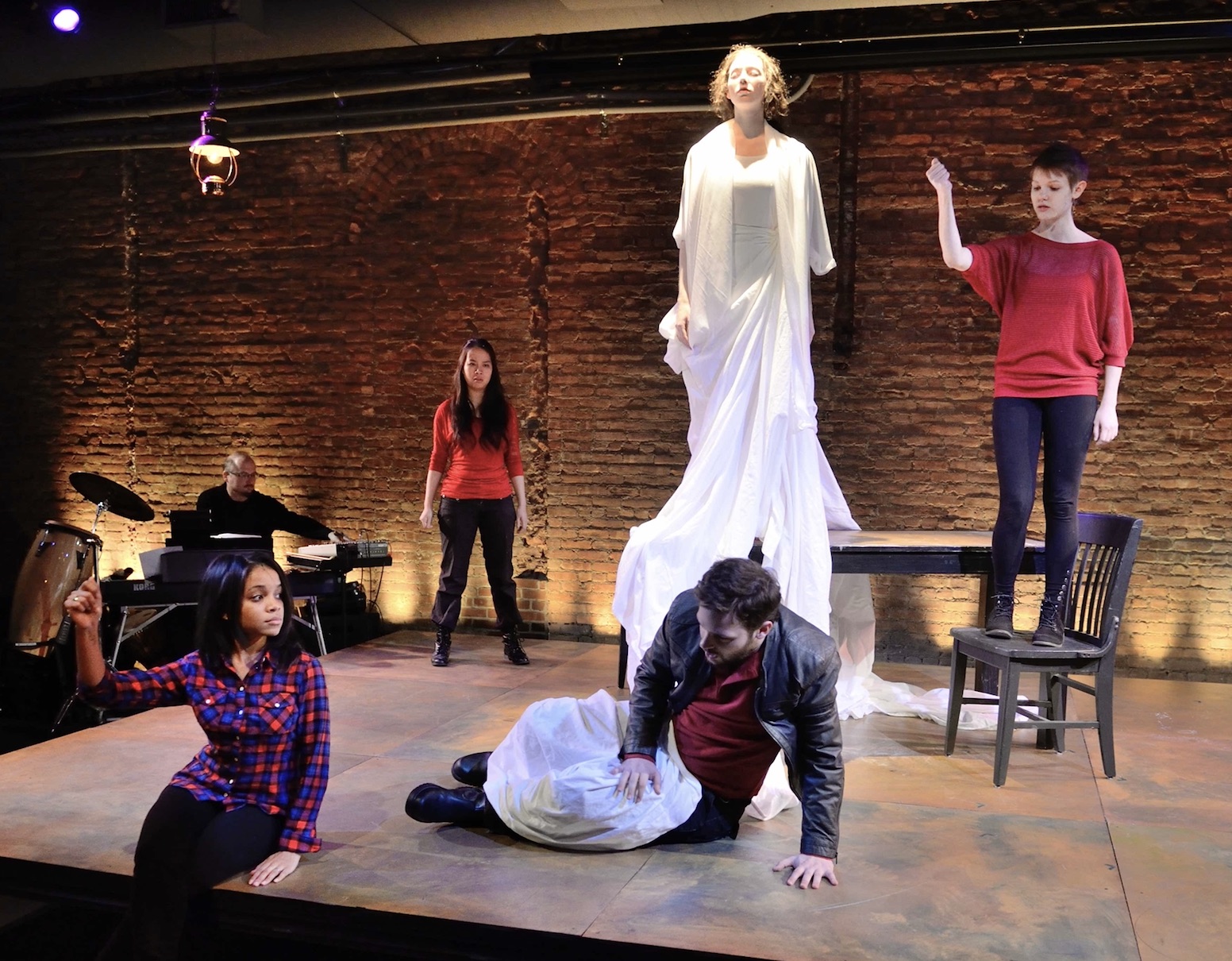 Theater at Gallatin is a faculty-led program that provides year-round opportunities for students to work collaboratively with faculty, recent alumni, and professional guest artists on mainstage productions, readings, development labs, and other events.

Mainstage productions provide students and recent alumni the opportunity to work with faculty and professional guest artists on challenging artistic projects. It uses a creative, research-based model that pushes practitioners to question the assumptions operating beneath productions of both classic plays and new works. Contact Professor Kristin Horton about upcoming shows and opportunities both onstage and backstage.

A collective of students interested in writing, directing, managing, and acting in theater, GTT is a student club that runs an annual one-act play festival and produces a range of theatrical productions, including a mainstage production, usually of a student work, in the spring. GTT is also a forum for discussing theater and shows that students see in and around NYC. GTT is completely student-run and welcomes students to get involved year-round.

With over 20 different arts workshops each semester in music, dance, theater, the visual arts, and architecture and design for both beginning and advanced students, Gallatin students learn from professional artists, performers, and writers. This artist-scholar model emphasizes research and an academically rigorous critical practice. Visit Courses on the Gallatin website for more about arts workshops.

Actors from the award-winning New York City-based Fiasco Theater company can bring any text to life. Class visits at Gallatin have included working with students and professors on all kinds of material, from Gertrude Stein to Shakespeare to the ethics of nuclear proliferation. Each class visit is planned with the professor to tailor the actors' work to whatever will be most fruitful and useful for the class. Most importantly, the actors can help get the students out of their heads and into their bodies and souls. Gallatin's interdisciplinary ethos is a perfect laboratory for Fiasco's actors to explore texts, ideas, and questions with students, and to open up surprising areas of discussion and brand new modes of participation.

Also On Stage: The Dancers/Choreographers Alliance