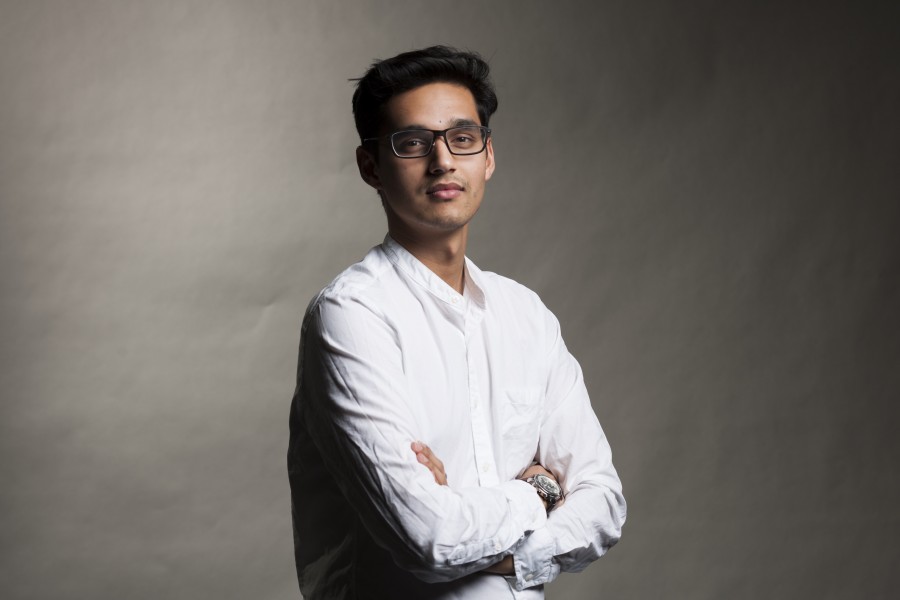 Washington Square News has named two Gallatinos, one junior and one senior, to its 2016 “Up and Comers” list. Birmingham, Alabama native Sudhi Kaushik (BA ’17) and Bay Area native Robert Clinton (BA ’16) were selected for inclusion to the list of ten NYU students who, according to the editors of Washington Square News, “are taking their unique set of skills and amplifying them with all the resources that both NYU and NYC have to offer—students who are thriving in their niche, touching the communities around them and leaving their mark in the best way possible.”

Kaushik, who is pursuing the concentration International Relations and Journalism at Gallatin, has distinguished himself through his activism around community-based education in India. He has founded three nonprofit organizations, co-founded the South Asian literary magazine Quissa Bazaar, and just wrapped up production of a documentary that will premier at the New York Indian Film Festival in May 2016.

Clinton, a 2016 Marshall Scholarship recipient, was selected in honor of the academic work he has done around urban sustainability. His concentration, The Sociology and Politics of Urban Agriculture, has been informed by experiences abroad through NYU Accra and NY Berlin, as well as funding from the Gallatin Global Fellowship in Urban Practice and the Dean’s Award for Summer Research. In the fall of 2016, he will pursue two degrees at University College London: a Master of Science in Sustainable Urbanism and a Master of Research in Interdisciplinary Urban Design.