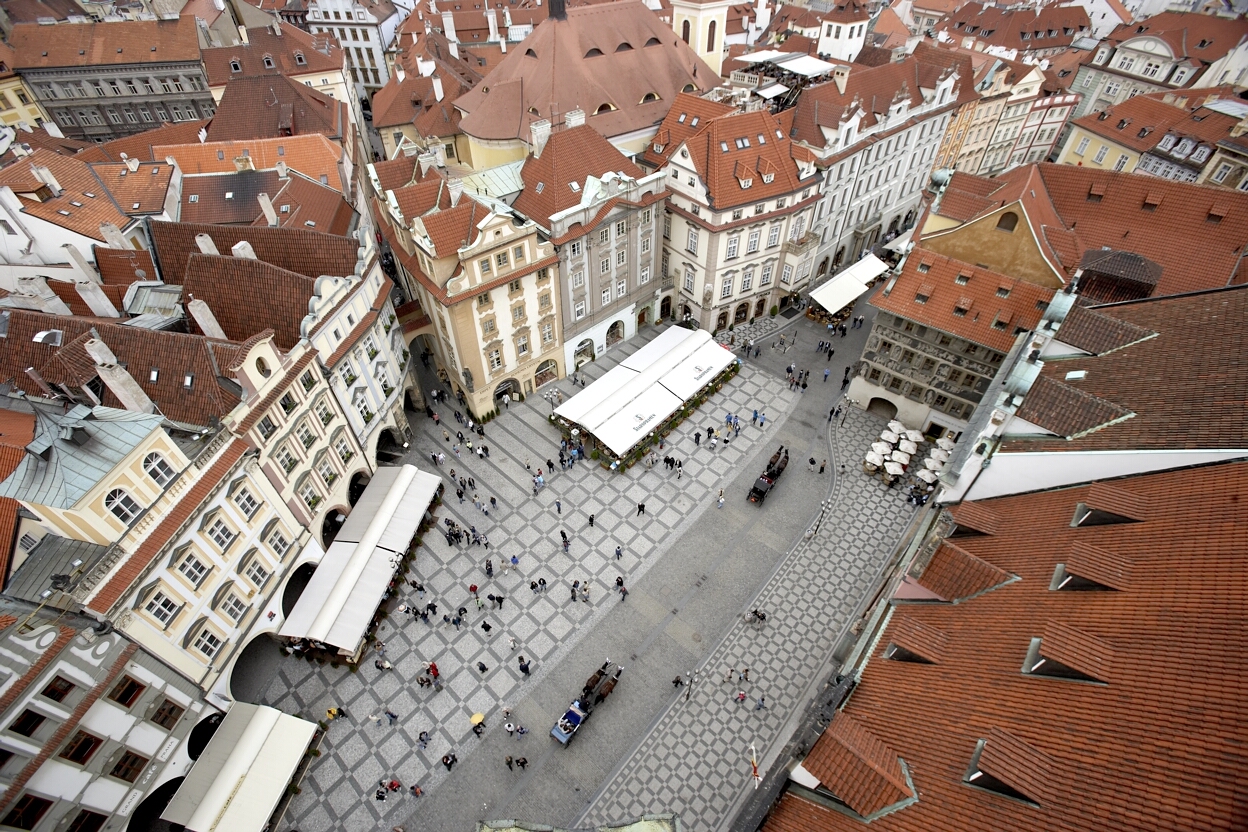 Since the beginnings of the Syrian refugee crisis in 2011, over nine million people have fled the country’s civil war and taken refuge in neighboring Turkey, Lebanon, Jordan, and Iraq as well as to countries within EU member states—and beyond. Through these migrations, the larger issues of global citizenry have been brought into focus.

Under the guidance of faculty convener George Shulman, with administrative support from the Assistant Dean for Global Programs, Patrick McCreery, NYU faculty gathered in Prague in March 2016 for the Gallatin Global Faculty Symposium, “Human Migration and Nationalist Anxiety.”

“Our double goal,” says Shulman, “was to have a real conversation about these things and to create affiliations across NYU sites in New York, Europe, Abu Dhabi, and Accra.”

Rather than a formal symposium involving panels and paper presentations, the Prague symposium was intended to foster “more informal, direct, and open-ended intellectual exchange on a comparative and interdisciplinary basis,” according to the initial call for attendees.

The symposium was the second of its kind. In 2013, 21 NYU faculty from across NYU’s global sites gathered in Berlin for the “Symposium on Ethnicity, Migration, and Citizenship,” which looked at the inner workings of globalization, sovereignty, and political identity. In the years following the gathering in Berlin, the migration crisis prompted by the wars in Syria and Iraq has reached a fever pitch. The complexities of the moment suggested that it would make sense to resume the discussions initially begun in Berlin.

Over half of those who gathered Prague had participated in the Berlin symposium. New participants included Audrey Gadzekpo, a professor from NYU Accra, two faculty members from Tel Aviv, Benjamin Hary and Edan Raviv, as well as playwright and former Gallatin Global Faculty-in Residence member Sulayman Al Bassam. The conversation examined the mass migration of Syrian and other political refugees and the political effects of the migration on the global, political, humanitarian, and cultural landscape.

“We looked at the challenges,” says Shulman. “One aspect of them deals with borders, race, and migration, and the other covers issues surrounding austerity and national sovereignty.”

Hosted at NYU Prague by NYU Prague Director Jiří Pehe, a political scientist and former aide to Vaclav Havel, the symposium included three two-hour discussions, based around a set of readings. Gallatin faculty members George Shulman, Vasuki Nesiah, and Ritty Lukose, each served as a moderator for one of the sessions.