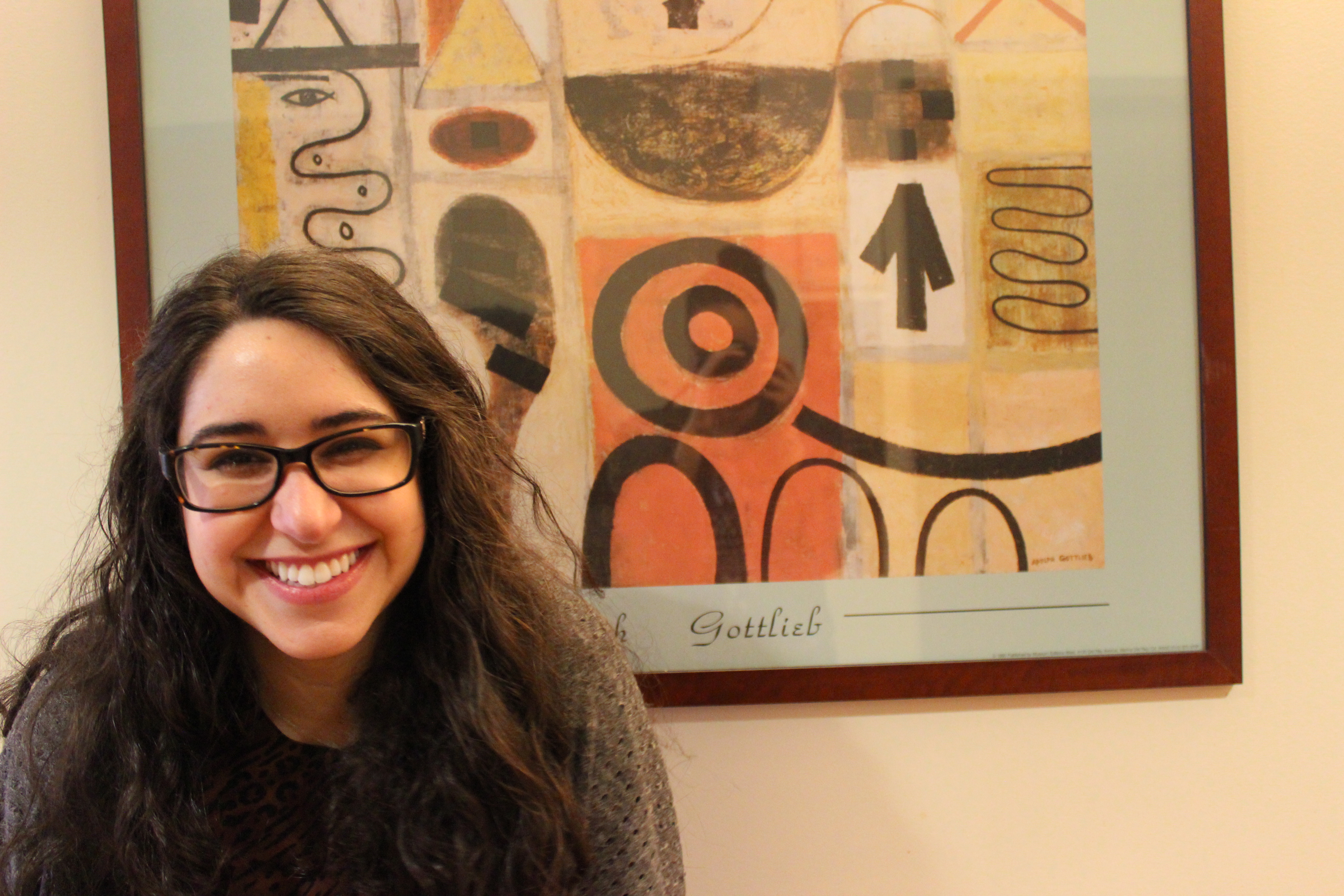 NYU’s Center for Global Spiritual Life (GSL) has named Madeline Dolgin (BA ’16) as the first winner of the Center's newly created Social Justice Award; the award honors an outstanding NYU undergraduate student in the senior class who has pursued social justice efforts as a central part of multi-faith leadership.

Dolgin, whose concentration focuses on the politics of consumption, sustainability, and human rights, has been a GSL intern and a Jewish Studies fellow and has worked on the Center’s Multi-faith Advisory Council. For the Council, Dolgin worked with a select group of students of various faiths from across NYU in order to promote multi-faith dialogue and engagement on campus. She also contributed to the “I Am Your Protector Campaign”—a campus-wide effort to celebrate students of different faith backgrounds who have stood up for people unlike themselves.

Much of her desire for dialogue and connection stems from a fruitful friendship she made with her sophomore roommate, who is Muslim.

“When my friend asked me to live with her, I didn’t think twice about the Muslim-Jewish relationship,” remembers Dolgin. “We were both really active in our respective religious communities: I was interning at the Bronfman Center for Jewish students and she was developing a mentorship program for the Muslim Students Association. When we came home from events, we’d share with each other what we were thinking about and ask each other questions. Those conversations changed my whole world view. Realizing that my religious identity could connect me to someone who was different than me was revolutionary.”

GSL Senior Director Yael Shy notes that “Madeline's largest achievement this year is as one of the central organizers of Syrian Refugee Awareness Week—a student-led week of activities to support Syrian refugees. She’s done all this work while serving as an RA, being on the dance team at NYU, serving as a costumer for theatre productions, working as a student worker in our office, and also somehow getting her school work done.”

Dolgin’s current effort, Syrian Refugee Awareness Week, will run from April 11-15 in and around the NYU campus. She will be honored for her social justice work and will receive the Social Justice Award at an awards ceremony on May 10.