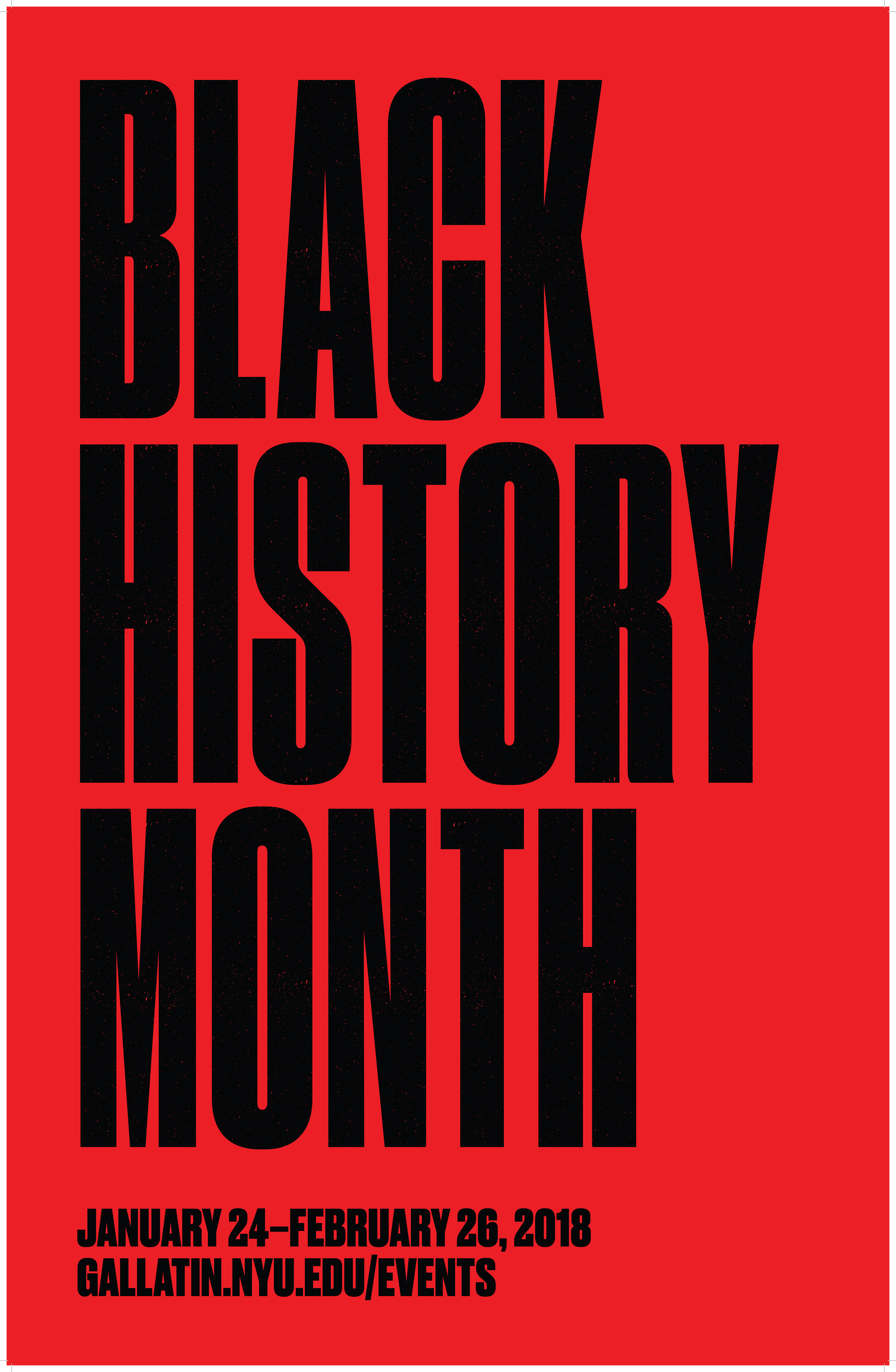 Gallatin's Black History Month 2018 will run from January 24-February 26, with a kick-off event by Alvin Ailey dancer Jamar Roberts, who will premier his dance piece “Halt," an exploration through dance of the body in protest. This year's theme is "Taking A Knee." In US sports, particularly within youth sports or at the collegiate football or NFL level, taking a knee is often understood as a respectful gesture when a player is hurt or at a moment of strategic game planning--as in a huddle. In 2016, US football players Colin Kapernick and Eric Reid took a knee before an NFL game to protest police brutality and racial injustice in the United States. The act is now encoded with a plethora of meaning--from anti-patriot to radical political dissenter to unifying a community. It is our hope that the themes of activism, dissent, radicalism, loving critique, and building community at the local and international level that will be explored in Gallatin's February programming.

Premiere of "Halt," A Solo Dance Piece by Jamar Roberts

Conversations with Bina48: An Exhibition by Stephanie Dinkins

Black Folks from Babylon: Disappointment and Difference in the Key of Cairo Jazz: A Talk by Sophia Azeb

Green is the New Black: Climate Justice and the Black World

The People Before the Park: Reading of Keith Josef Adkins's play, followed by a Talk Back

Race, Religion, and Presidents: A Talk by Kimberly Blockett

Say it Loud! Annual Showcase of the Arts and Black Activism

Coding While Black: Artificial Intelligence, Computing, and Data in a Racialized World