On Sunday, November 11, Herbert London, the founding dean of the Gallatin School, passed away at age... 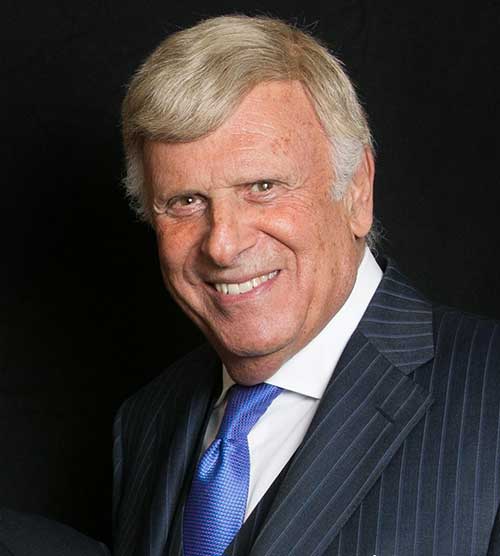 On Sunday, November 11, Herbert London, the founding dean of the Gallatin School, passed away at age 79. Funeral services were held on Tuesday, November 13 at 12:30 pm at Riverside Memorial Chapel in New York City. London is survived by his wife and their three daughters. London earned his PhD from NYU in 1966, and began his career at the University in 1972, first as an assistant professor and then as the founding director and later dean of what is now NYU’s Gallatin School of Individualized Study.

While at NYU, London set forth the original plan for Gallatin, which combined internships, work in civic organizations in New York, and other kinds of experiential learning, along with the study of the “Great Books,” understood in his time as a study of the Western classics. As a conservative leader both in education and across the state, London was a leading proponent of the experimental, individualized study that became the School’s trademark; his emphasis on recruiting fine teachers, studying the classics, and insisting on a deep connection between the humanities and work in the city gave the School its distinct character.

After NYU, London pursued a career in politics, seeking elected office as the mayor and later of governor of New York, before leading research groups and scholarly think tanks, including the Hudson Institute and, more recently, the eponymous London Center for Policy Research. He was the author of over 30 books and also a television host for CNN’s “Crossfire,” NBC’s “Myths That Rule America,” and CBS’s “The American Character”. For more on London’s life, read The New York Times obituary.

Read a detailed tribute from NYU's Office of Public Affairs about London:

He dubbed it the “University Without Walls” and, like so many things associated with the remarkable professional career of Herb London, it was experimental for the time—the early 1970s.

Although London became a leading American conservative thinker and activist, he was never satisfied with convention, and worked to create the novel NYU program allowing students to craft their own inter-disciplinary majors coupled with ample outside-the-classroom learning.

Subsequently, London added to the program—which became the Gallatin Division during his 20-year tenure as its dean—a focus on the Great Books of Western Civilization, along with what the current dean, Susanne L. Wofford, describes as an “emphasis on recruiting fine teachers . . . and insisting on a deep connection between the humanities and work in the city.” Among London’s contributions to the now-flourishing Gallatin School of Individualized Study, according to Wofford, was its “trademark” approach to undergraduate learning and its “unique character.”

If the Gallatin School stands as the defining legacy of London’s career, he also became known as a leading light of modern American conservativism. As a scholar, he authored 30 books. He also ran for political office in New York and worked for several conservative think tanks. When he died on Nov. 11, at 79, one of many appreciations to appear in the media about him—in this case an article by R. Emmett Tyrrell Jr., founder and editor-in-chief of The American Spectator—was titled “The passing of a giant.”

“Herb was a Renaissance man’s Renaissance man,” said Lt. Col. Anthony Shaffer, vice president of the London Center for Policy Research, which London founded in 2013. Quoted by the National Review, Schaffer added: “In all aspects, he was a peerless scholar and visionary leader who knowledgeably and comfortably could discuss history, philosophy, art, science, and the latest baseball scores.”

London was not only an original thinker of stature, but, physically, he was quite tall. A grandson of Jewish immigrants from Eastern Europe, he was born in Brooklyn to a homemaker and an upholstery materials salesman. He grew up in Forest Hills, in Queens. Topping out at 6'5", he led his Jamaica High School basketball team to a city championship. His game was so good, the NBA’s Syracuse Nationals recruited him, and he might have achieved his hoop dreams but for an injury. He shifted to his other forte, which was scholarship.

As a young man he also loved rock ‘n’ roll and recorded something of a hit record in 1959, “Sorry We’re Not Going Steady.” In addition to playing on Columbia’s basketball team, he studied under the historian Jacques Barzun, a key influence, and earned his PhD in history at NYU in 1966. He wrote his doctoral thesis on nativism in New York. He was the recipient of a Fulbright scholarship to Australia.

London is survived by two daughters, Stacy London and Nancy London Vondrasek, from his marriage to Joy Weinman, and by a daughter, Jaclyn, from his subsequent marriage in 1976 to Vicki Pops.

After leading Gallatin, London was named NYU’s John M. Olin Professor of Humanities. From 1997 to 2011, he served as president of the Hudson Institute, the conservative research group. Later he described his eponymous London Institute as a “Think—and Do—Tank.”

A self-defined “New York liberal mugged by reality,” he road-tested his ideas for a more robust conservativism in largely Democratic New York City as candidate for mayor, governor, and comptroller. He was a co-host, for about a year, of CNN’s “Crossfire.”

Many will remember that London, who was named an NYU professor emeritus in 2005, cut a dapper figure, that he was decidedly generous to fellow scholars and students, and that he was held in high esteem by so many thought leaders of his generation.

For many, though, it was his supple, original mind, and lack of bombast, that made perhaps the deepest impression on acolytes in education, scholarship, and politics. Many who knew him at NYU remember his deep affection for the university, in particular.

“Since childhood, Herb was fascinated with hippopotami,” wrote a long-time friend, Deroy Murdock, marveling not only at London’s “stellar credentials and accomplishments,” but, to an even greater extent, “his humility.”

We in the Gallatin community honor his legacy at New York University, and beyond, and will remember him for years to come with great fondness and respect.