Exposing Secrets: The Past, Present & Future of US National Security Whistleblowing and Government Secrecy 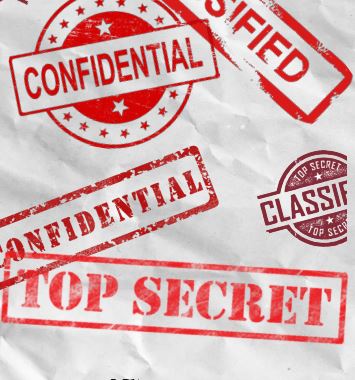 LONDON, UK – January 7, 2019 – Whistleblowers Edward Snowden and John Kiriakou, and journalist Ewen MacAskill will feature on a “Whistleblowing and the Press” panel on Thursday, January 17 at 4 pm. The panel is part of a conference on US national security whistleblowing convened by the University of East Anglia (UEA) and New York University (NYU). The session will be chaired by UEA’s Kaeten Mistry and held at NYU’s global academic site in Bedford Square, Bloomsbury, London.

Snowden, who will take part by video link, is a former US intelligence officer who served the Central Intelligence Agency (CIA) and National Security Agency (NSA) for nearly a decade as a technology and cybersecurity expert. In 2013 he exposed NSA global surveillance programmes to journalists, including MacAskill. Snowden is currently president of the Freedom of the Press Foundation.

Kiriakou, a former CIA analyst and officer, confirmed in 2007 that the US government used waterboarding and other forms of “enhanced interrogation” techniques on al-Qaeda prisoners. He was convicted for passing classified information to a journalist and now advocates for increased transparency in governmental activities.

MacAskill was the defence and intelligence correspondent for The Guardian. He was one of the journalists given access to classified documents by Snowden about the warrantless surveillance programmes conducted by NSA and partner intelligence organisations. He received a Pulitzer Prize for his reporting.

The conference, “Exposing Secrets: The Past, Present & Future of US National Security Whistleblowing and Government Secrecy,” is the capstone event of a two-year research project led by Mistry and Hannah Gurman of NYU. Supported by the Arts & Humanities Research Council (AHRC), the project examines the long, hidden history of blowing the whistle in the public interest, including issues of state retaliation, secrecy, and freedom of the press. Several publications are forthcoming, including a book, Whistleblowing Nation: Disclosing U.S. National Security and the Challenge of Dissent (Columbia University Press), due to be published in late 2019.

Mistry, a senior lecturer of American History in UEA’s School of Art, Media & American Studies, said: “Whistleblowing and leaking are regularly in the headlines yet there is little understanding of how we got to the current moment, especially why the US government employs World War I-era legislation to prosecute whistleblowers and threaten journalists.”

The conference, Mistry said, “is a unique opportunity to engage with whistleblowers and advocates whose voices are often marginalised.”
Gurman, a clinical associate professor of American Studiesat NYU Gallatin, said: “As authoritarianism continues to rise in the US and around the world, often under the auspices of national security, it is more important than ever to grapple with the critical and complex role that whistleblowing plays in efforts to resist abuses of power.”

For more information about the Hidden History of Whistleblowing and the Rise of the US National Security State project, visit: https://wp.nyu.edu/whistleblowing/.