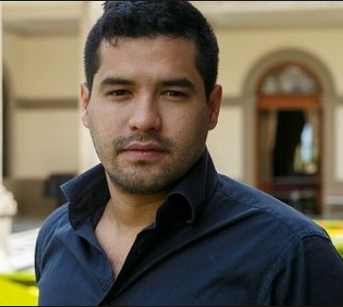 NYU Gallatin is proud to announce that award-winning journalist Óscar Martínez will join the School in fall 2019 as a Gallatin Global Faculty-in-Residence. Each year, Gallatin hosts several visiting faculty members who share their international perspectives on pressing social, political, and intellectual issues. Martínez is an investigative journalist and co-founder of elfaro.net, the first online newspaper in Latin America providing in-depth coverage of migration, violence, and organized crime in Central America.

He is the author of The Beast: Riding the Rails and Dodging Narcos on the Migrant Trail, which won the 2014 WOLA-Duke Book Award, and A History of Violence: Living and Dying in Central America. His most recent book, El Niño de Hollywood, is about a member of the international criminal gang Mara Salvatrucha (also known as MS-13) who was assassinated in El Salvador for cooperating with law enforcement.

Martínez coordinated the En El Camino (On The Road) project (2007-2010) and is founding member of the Sala Negra (Black Chamber) project (2011-2018), both initiatives of the El Faro newspaper, which is committed to in-depth journalism around topics of migration in Mexico and of organized crime and violence in Central America. Martínez is the editor of special investigations in El Faro.

His writings have been anthologized in Cronicas de Otro Planeta (Debate 2008), Nuestra Aparente Rendición (Random House, 2011), Antología de Crónica Latinoamericana Actual (Alfaguara, 2012), and Los Malos (Ediciones UDP, Chile, 2015). He has published articles, essays, and opinión columns in US media outlets such as The New York Times, The Nation, and The Republic. In 2008, he won the Fernando Benítez National Award for Cultural Journalism in Mexico, which was awarded in the Guadalajara International Book Fair. He holds a National Award for Human Rights from the Universidad José Simeón Cañas in El Salvador, and was part of the team that won first place in the journalism prize awarded by the Instituto de Prensa y Sociedad in 2013 and the King of Spain in 2019. In 2016, he was awarded the Maria Moors Cabot prize by Columbia University, and the International Press Freedom Prize awarded by the Committee to Protect Journalists.