A Visit from Founder and Executive Director Children of Peace Uganda, Jane Ekayu 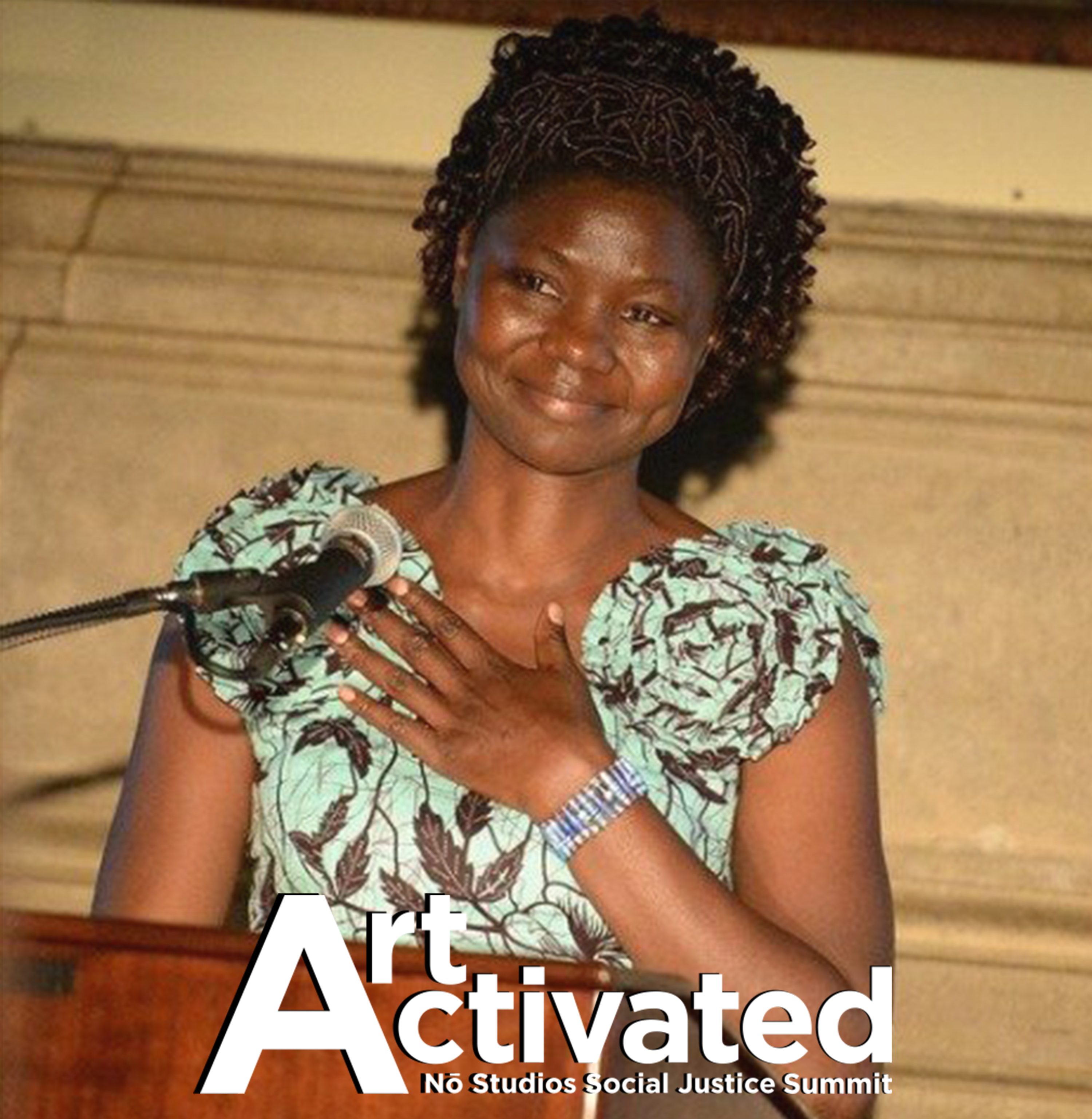 Beginning in the mid-1980s and continuing for nearly two decades, a guerrilla campaign in northern Uganda was waged by members of the Lord’s Resistance Army (LRA) with the aim of overthrowing the Ugandan government. Over that time, one of the most disturbing tactics employed by the LRA was the forced conscription of children.

As the conflict abated in the mid-2000s, children who had been abducted and forced to fight attempted to return to their homes and villages, often to find themselves without anything or anyone to return to. In 2006, in response to this crisis, Jane Ekayu, a child trauma therapist who had her own childhood experiences with the LRA, founded Children of Peace Uganda, a rehabilitation practice in post-conflict zones that uses dance, music, spoken word, and art therapy as a healing agents for former child soldiers, orphaned children, and any others affected by the LRA.

Through her organization, Ekayu strives to help children forgive those who harmed them and to unite as a community and to continue their education, which was often cut short by their war experiences.

On November 13, 2019, Ekayu and four of her students joined Gallatin to discuss how the arts have helped children of war heal from trauma. Ekayu was brought to Gallatin by alumnus John Ridley (BA '87; 12 Years A Slave, Let It Fall, Guerrilla, American Crime; CEO, Nō Studios) who introduced her. In 2019, Ridley and Aviva Feuerstein (former Director of Global Intelligence Analytics, National Basketball Association), and their film crew traveled to Lira, Uganda, to document the work being done by Ekayu and the fourteen volunteers who have helped over 3,000 children reintegrate into Ugandan society.

Of the children she has worked with, Ekayu says, “Someone hurt them somewhere, and it was not dealt with. If we do not deal with the anger that has been injected into the children, it’s most likely to blow up somewhere else, hurting others. So that’s why we talk about forgiveness, we sing about forgiveness—we will draw it, we will dance, we will do everything until it reaches the hearts of these people.”

On their first visit to New York City, the students who joined Ekayu at Gallatin each spoke to their experiences with the war and the LRA. Whether forced into violence, witnessing it, or taking an active role against it, each student spoke about the power of the arts to help them forgive and heal from their childhood experiences.

One student shared this wisdom: “Forgiveness is a master key to life. If you don’t forgive, it means you are killing itself; you don’t have peace. But now we are different people, we are not the soldiers any more, we are not the rebels anymore. We are peace ambassadors today.”

Children of Peace Uganda is a safe haven for thousands under Ekayu’s guidance and her dedication offers the possibility of a peaceful future. After the visit to Gallatin, Ekayu and her students traveled to Milwaukee, Wisconsin, to join the inaugural Nō Studios Social Justice Summit, “Art Activated,” a two-day event that ran from November 15-16, 2019, attended by Gallatin faculty members Michael Dinwiddie (BA ’80; TSOA MA ’83), Kristin Horton, and Millery Polyné. To learn more about Children of Peace Uganda, please visit their site.
—Mary Gonzalez (BA '19)