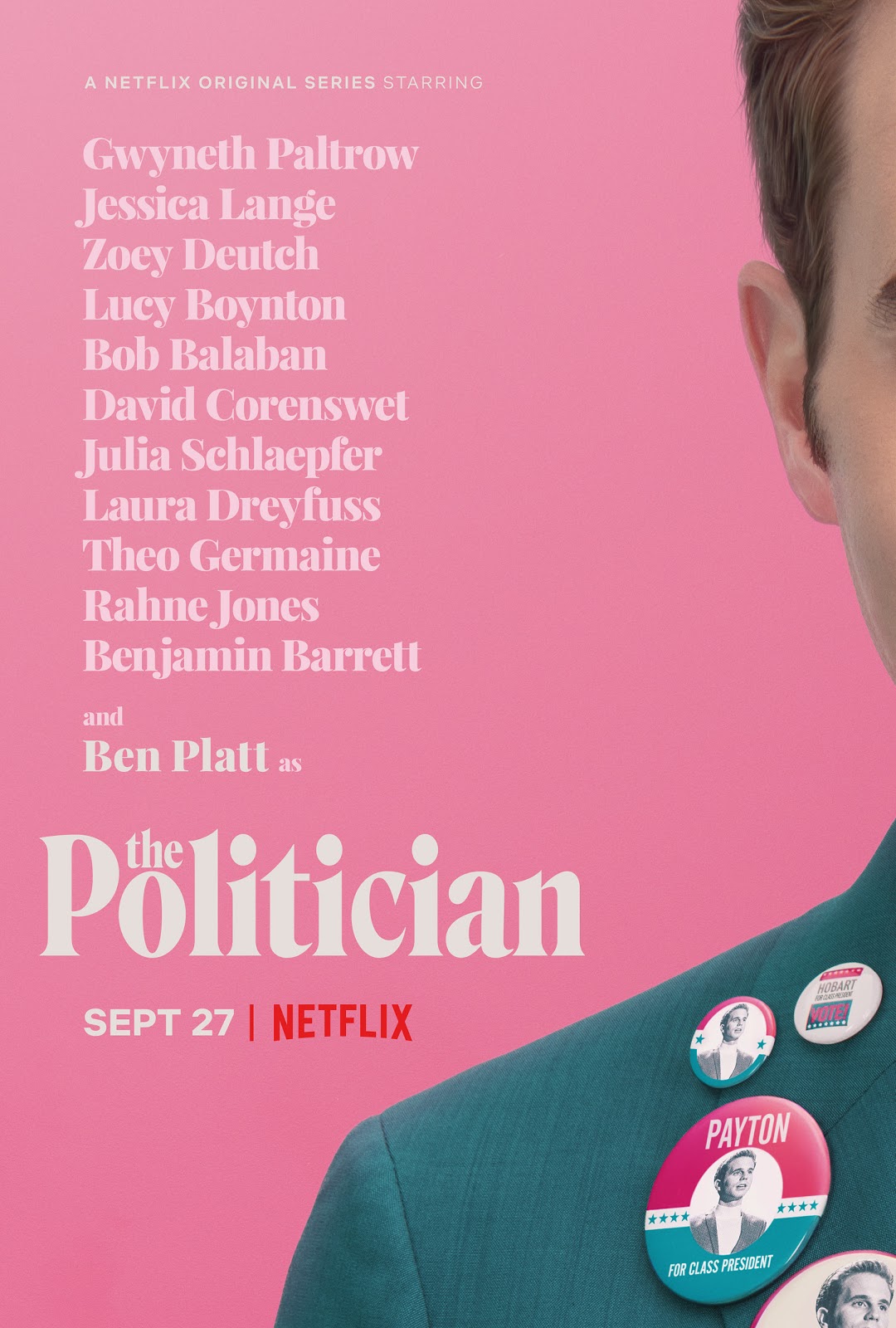 Asked about the questions she came up for the Q&A session she moderated on September 27, 2019 for the NYU screening of the new Netflix series The Politician, Gallatin senior Lynn Fu said, “I thought about what kinds of things the students would really relate to—like the pressures of high school and ambition.” A highly stylized comedic television drama series created by Ryan Murphy, The Politician stars Ben Platt as Payton, an ambitious, wealthy private high schooler who is running an exceptionally calculated race to win the position of student body president.

Concentrating in Global Mass Media, Entertainment Business, and Critical Theory, Fu has been NBC’s Late-Night Digital Business Development intern and a social media intern at NYU’s Office of Public Affairs for the past four years. Knowing her background and interests, Fu was invited by one of the press officers at her internship to connect with the audience following the screening of the show’s pilot, which focuses on digital ratings and online appearances and how they affect a high school election.

In the post-screening Q&A, Fu asked Platt and his co-star Laura Dreyfuss (of Glee fame) about how they stay grounded. Finding healthy outlets like spending time outdoors or listening to music can help, they suggested. Dreyfuss advocates mental health and therapy and said, “All you can do is be honest and kind; you can only control so much.” Both praised The Politician for displaying high school-aged students as complicated individuals growing up under enormous amounts of pressure. Platt said that he admires the show for its representation of marginalized groups, hoping that this will help empower younger audiences. Fu asked the pair to share their thoughts on living in the age of social media.

“There’s this perception that being prideful or self-promoting is inherently disingenuous,” said Platt, “but there is some value in it: be honest in your weak moments and about imperfections but don’t feel ashamed in the moments when you uplift yourself.” Dreyfuss added that this new language of authenticity in the face of technology is still young. In the pilot and in the discussion that followed, these concerns seem well worth exploring.