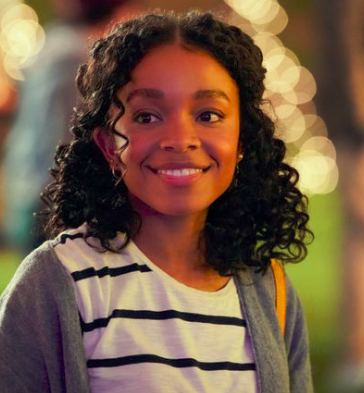 Rachel Hilson (BA ’18) graduated from Gallatin with the concentration Writing and Performing Race. During her undergraduate years, she performed with the Gallatin Theatre Troupe on Gallatin Mainstage productions, including The Rape of Lucrece, Hamlet, and Amphitryon, in the Brandspankin’ New Works Showcase, and through the annual Gallatin Arts Festival. While at Gallatin, Hilson appeared as Young Beth on This Is Us as well as on the ABC series The Good Wife, and landing a role in the 2017 feature film Kings.

On June 17, 2020, Hilson returns to the small screen as Mia Brooks on Hulu’s new series, Love, Victor. The series, a spinoff of the Disney Plus series Love, Simon, follows the journey of the title character, Victor, who has just moved to Atlanta and to a new high school at the start of the series, as he comes to terms with his sexuality. Hilson’s character is an early love interest who becomes a friend to Victor as he discovers himself.

About her time at Gallatin, Hilson told NY Daily News, “I did a lot of theater in Gallatin, but I think NYU, and being a part of an interdisciplinary program, just made me a more well-rounded human, and I think that inevitably makes you a better actor.”