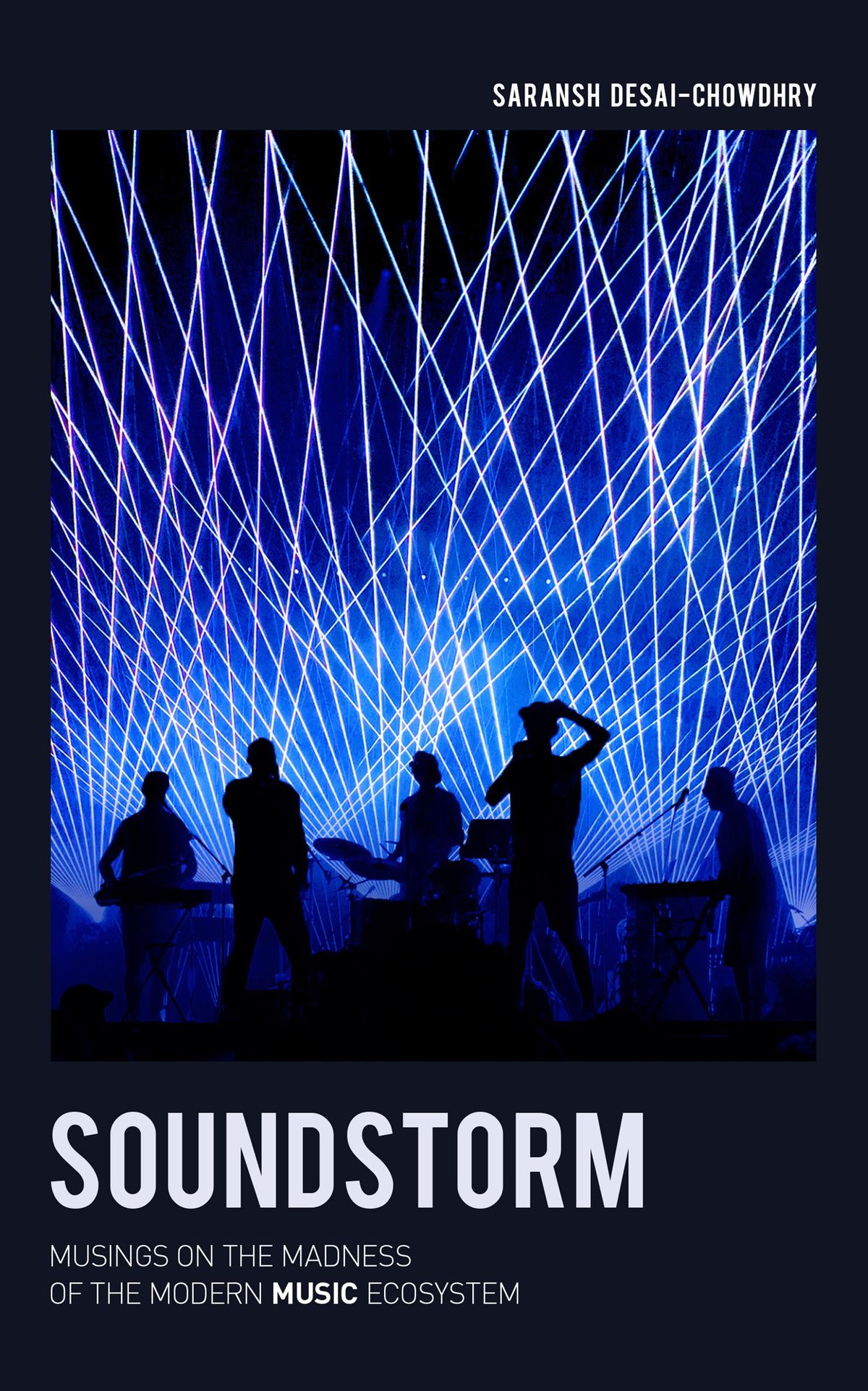 In December 2020, Saransh Desai-Chowdhry (BA ’20) published Soundstorm (New Degree Press, 2020) a collection of essays that analyzes the tensions between the creative and business aspects of the music industry. “I wanted to bridge the gap between those different worlds so that we can think about potential futures for music, both creatively and commercially, that can actually appeal to artists, business leaders, and listeners alike,” he said in a Zoom interview.

Desai-Chowdhry graduated in May 2020 with a concentration in cultural entrepreneurship which centered around the synthesis of commercialization, development, and the social productivity of cultural products, including music. His concentration explored the question of how business could be used as a force for social good. Soundstorm contains some forms of the same question and looks at the impact of the music industry and whether or not it is helping musicians.

Despite the difficulty of what he characterizes as the music industry’s “hyper-capitalistic framework,” Desai-Chowdhry remains optimistic about the potential music has to bring about social change. “It’s different from a typical product because it actually can be used as a force to harness social and cultural change.”

Desai-Chowdhry is originally from LA and grew up performing Indian classical music. He believes that the most successful artists are those whose visions have been respected by the business side of the industry. “If the business side of things wants to continue to be fruitful, they need to find ways to actually magnify the artistic voice as opposed to superseding it.” From coffee shop soundtracks to the busking of street musicians, music is an ubiquitous art form. “You're not even choosing to engage with it—you’re literally absorbing the sound waves, and being impacted by choices that are made by record executives and public rights organizations,” he said.

While at Gallatin, Desai-Chowdhry took music criticism classes at Gallatin with music writers and critics Amanda Petrusich and Ben Ratliff, a musicology course with musician and Gallatin faculty member Kwami Coleman, and was part of the inaugural cohort of 4th Wave, the Gallatin Summer Music Intensive. “I wrote a few essays for my classes with the explicit intention of including them in the book,” he said. “Particularly in Ben Ratliff’s graduate course ‘Critic Versus Cliché’ and Amanda Petrusich’s ‘Pop Cultural Criticism.’”

Written from June 2019 to December 2020, Soundstorm was funded in part with a NYU Gallatin Dean's Award for Graduating Seniors. “This book is so much a reflection of my experience at NYU and Gallatin,” he said. “It would not exist without the professors and the students that I encountered along the way.”