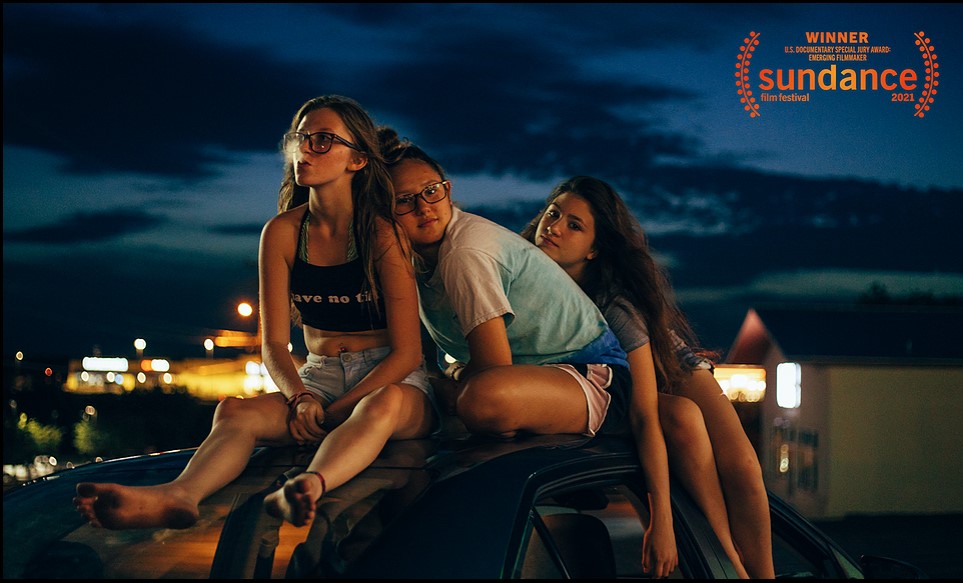 Cusp, a cinéma vérité-style documentary co-directed by Isabel Bethencourt (BA ’16) and Parker Hill (Tisch BA ’16), premiered at the 2021 Sundance Film Festival and was honored with the US Documentary Special Jury Award for Emerging Filmmaker.

At Gallatin, Bethencourt studied cultural anthropology, documentary film, and cinematography. Her colloquium questioned the concept of “true” stories, an approach that informs Bethencourt’s work as a director. “Parker and I are passionate about telling real stories of girlhood, the ones we wish we could have seen when we were younger,” she said in a Sundance Institute Meet the Artist interview.

On the last night of a road trip from Montana to Austin, Bethencourt and Hill met Autumn, Brittney, and Aloni, the young women who would become subjects of Cusp. “We met these girls by chance, at a gas station in the middle of the night,” said Bethencourt. “As they ran around barefoot, blasting music and yelling at each other, we were struck by their unburdened teenage energy and we knew we had to talk to them.”

The film follows the three teenagers through a summer of hangouts, fast-food outings, and bonfire parties in rural Texas. By recording intimate moments, the directors create a sensitive, multifaceted portrait of adolescent girlhood and the time and place in which these girls experience it. As the girls open up about their pasts and explore their definitions of freedom and consent, Cusp illustrates how they rebel against or assimilate to societal expectations and toxic masculinity.

In the critical response to Cusp, reviewers praise Bethencourt and Hill’s treatment of their subject matter. “The honesty and respect given to each tale is the film’s greatest strength,” reads a review from IndieWire. “The elevated treatment of the material—part Terrence Malick, part Helene Louvart—also adds to the sense that what we are watching is important. It is, and so are Brittney, Aaloni, and Autumn and their experiences.”

From the colloquium and beyond, Betancourt’s application of Gallatin’s interdisciplinary approach to the field of documentary film has helped her share authentic stories of American girlhood.