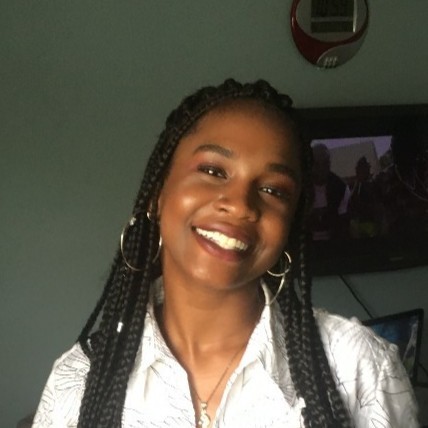 When the fall of 2021 arrives, Gallatin alumna and world traveler Maame Boatemaa (BA ’19) will pack her suitcase once again, this time to visit Asia on a year-long Luce Scholarship. A nationally competitive fellowship program aimed at enhancing the understanding of Asia among potential leaders in American society, the Luce Program will welcome Boatemaa and seventeen other scholars, all of whom receive stipends, language training, and professional placements at various locations around Asia.

While placements have not yet been decided, it’s likely Boatemaa will be living and working in Seoul, South Korea, or in Thailand for 2021-2022, where she plans to focus on transportation and urban planning.

Boatemaa graduated from Gallatin in 2019 with the concentration Sankofa: (Re)Defining the Modern Indigenous City; Sankofa is a word used by Ghana’s Akan tribe whose literal translation is “it is not taboo to fetch what is at risk of being left behind.” The young scholar grew up in Accra, moving to Birmingham, Michigan, at age 15 with her family. To date, her academic life has been broadly focused on African cities, including Accra, as well as Dakar, Senegal; Nairobi, Kenya; and Zambia, which she visited through a Princeton in Africa Fellowship that followed on the heels of her Gallatin graduation.

She received word about her Luce award while at home in Birmingham, a suburb of Detroit, where she is completing her MSc in Environment and Development from the London School of Economics.

“I applied to the Luce for three reasons,” she says, “Professionally, I was thinking about urban planning. African cities compare to Asian cities in that African cities are not going to develop in the way that New York or London developed, over the course of a century. They’re more likely to follow the trajectory of Shanghai or Singapore, with rapid development. It made sense to start my professional journey in a city that I felt connected with the developmental trajectory and colonial histories of the African cities I have studied and worked in. Also, I grew up surrounded by Asian influence—Korean dramas and Bollywood films—and I’m curious to compare and contrast whether what’s on the ground is different from what I imagined it to be. Lastly, I applied because of the Luce network. Many former Luce Scholars are people I admire.”

Boatemaa’s Gallatin adviser, Rosalind Fredericks, remembers her brilliant former student, saying, “Maame is an intellectual sponge who soaks up everything that comes her way. She came into the classroom armed with critical questions and equipped with an intellectual sophistication as well as her own personal experience of growing up in Accra. In my classes and during our time in Senegal, she was a leader, animating discussion, pushing the discussion and our interlocutors to share more, and always wanting to learn more.”

While at Gallatin, Boatemaa was a member of the Association for African Development and traveled to South Africa and Japan through Albert Gallatin Scholars. Her academic work was recognized with a number of awards, including a Dean’s Award for Graduating Seniors for her Accra-focused project “Ecological Solutions to Urban Floods;” a Horn Fund grant for “Using Nature as A Catalyst for Social Change in Nairobi;” a Clyde Taylor Award for Distinguished Work in African American and Africana Studies; and an NYU President’s Service Award.

“I trace everything back to Gallatin,” says Boatemaa. “There were just so many opportunities. It didn’t matter what you wanted to do—there was always someone there who wanted to support you.”

During her first year as an undergraduate, a meeting with class adviser Yevgeniya Traps provided her with a framework to think about her academic approach. She says Traps asked her to think about what she was interested in and to approach her interests from different angles.

“That was exactly what I needed,” says Boatemaa, “Because it helped me understand that I didn’t, for example, have to take straight politics to do this kind of work. I could look at it through, for example, music, because music is political and it can serve as one way to understand the world or why you’re interested in politics. Taking that approach really opened up my studies. Then, when I took a class with Rosalind, I realized that there was something called urban planning and urban studies and everything made even more sense for me.”

With the same ease with which she has traversed the globe, the future urban planner continues to move from honor to honor; when she returns to the US after her time in Asia, she will pursue a masters degree in City Planning. You can learn more about Boatemaa’s time at Gallatin in our Why Gallatin? video.