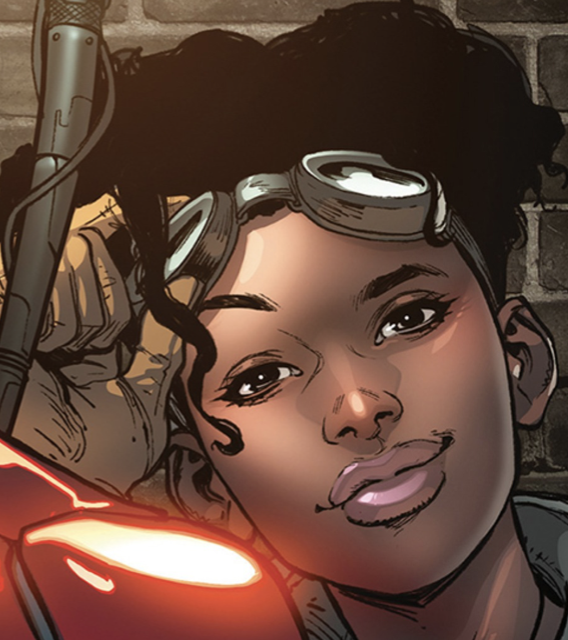 The release of the 2018 film Black Panther, based on the eponymous comic book series, was a watershed moment for fans of Black superheroes. Grossing over $1.3 billion at the box office—the highest-grossing movie of 2018 and fourth highest-grossing movie of all time—Black Panther paved the way for a new generation of Afrofuturist graphic novels, comic books, and more. For Time Magazine, journalist Jamil Smith noted that Black Panther is “not just a movie about a black superhero; it’s very much a black movie. It carries a weight that neither Thor nor Captain America could lift: serving a black audience that has long gone under­represented.”

Two Gallatin alumni are telling new and exciting stories, as well as re-imagined ones, about Black superheroes for Marvel and Disney+.

An exclusive Variety post announced Gallatin alumna Chinaka Hodge (BΑ ’06) as the head writer for the new Marvel-Disney Plus series Ironheart, starring Dominique Thorne as superheroine Riri Williams (a.k.a. Ironheart), a genius inventor who builds her own suit of armor. Hodge is a screenwriter, poet, playwright, and educator whose past television writing credits include the Apple reboot of Amazing Stories,”as well as the TNT series adaptation of Snowpiercer starring Daveed Diggs.

This past May, Marvel announced a new Black Panther comic book series written by John Ridley (BA '87), the acclaimed screenwriter of 12 Years a Slave. The current Black Panther series, which began in 2016 and written by Ta-Nehisi Coates, will conclude on May 26, with Ridley's release in August. “It’s a hybrid espionage-superhero thriller, but at its core, it’s a love story,” Ridley told The New York Times.