The Gallatin Galleries presents “Mierle Laderman Ukeles: Chasing the Humming of Life,” an exhibition of eleven video works by the internationally celebrated artist 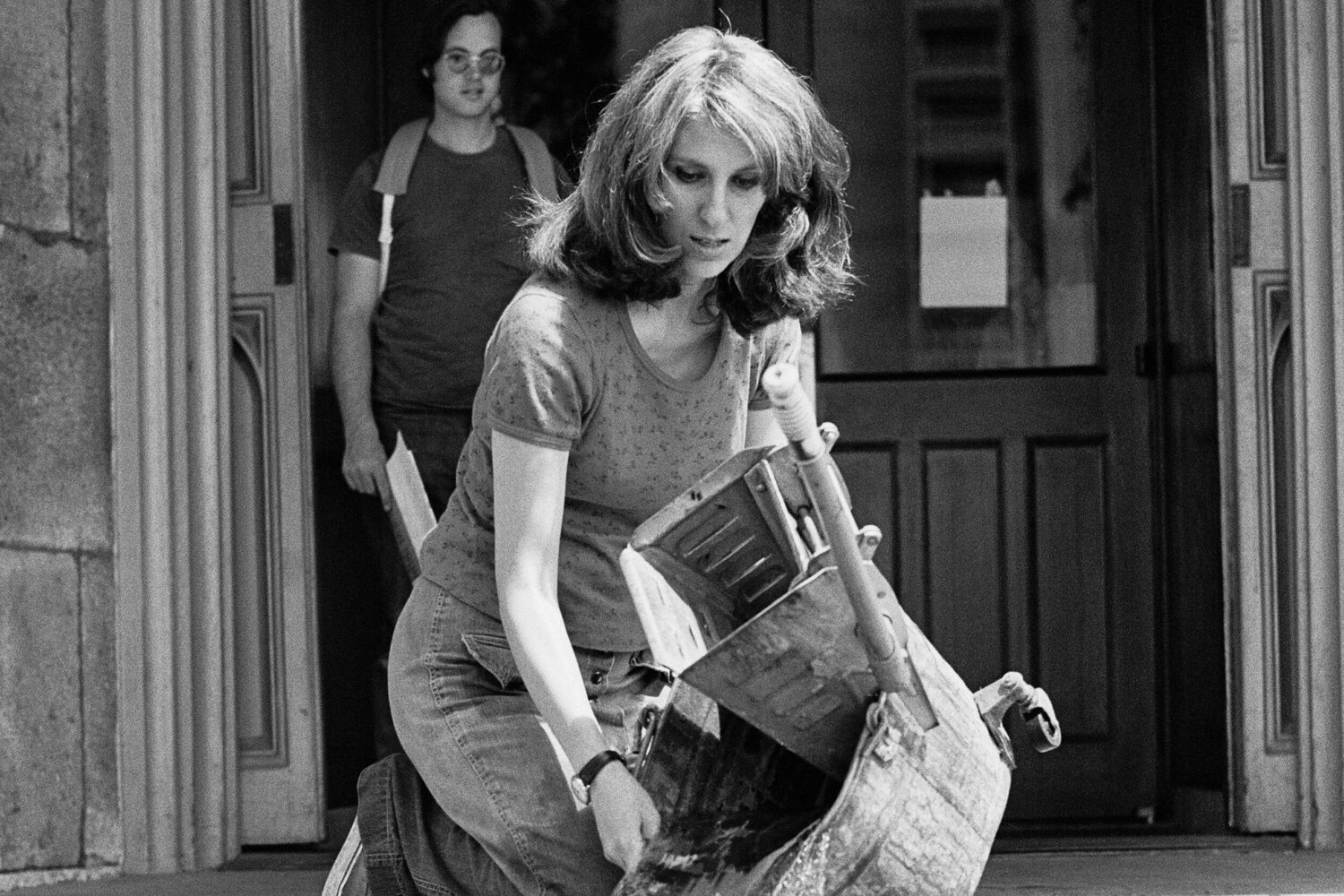 The exhibition is held in conjunction with the Discard Studies Conference at NYU’s Gallatin School of Individualized Study, an exploration of research, art, and activism that focuses on waste and the forces that render certain objects, practices, and populations disposable. The conference will kick off Thursday, September 15 at 5 pm with an opening reception for the Ukeles exhibition followed by a keynote lecture by the artist from 6-7:30 pm.

Ukeles’ exhibition at the Gallatin Galleries will contain video works set in New York City (Touch Sanitation: Waste Flow and Sanman Speaks), Pittsburgh, Chicago, Japan, France, and Holland which demonstrate the global nature of the artist’s practice over more than five decades of work. Since MANIFESTO FOR MAINTENANCE ART 1969!  Proposal for an exhibition "CARE" (1969), Ukeles has been at the forefront of rethinking the artist's relationship to labor, the environment, and feminism.

Through her interventions, the urban world's invisible elements—sanitation, waste, so-called “women's work,” and the workers who perform in these arenas—have been made visible, celebrated and interacted with as a part of what has come to be known as social practice. Oftentimes playful, but always serious in their social and environmental implications, Ukeles’ works engage with aspects of the world that are all too often left out of contemporary art discourse.

While the (mostly male) artists of her generation in the 1970s focused on industrial processes with an almost surgical attempt to eliminate the human, Ukeles highlighted the human aspect of these processes, foregrounding not just the product but the processes and people and the impact things like waste and labor have on those most directly implicated.

The show will contain eleven video works. One of the works, Chicago DSS_ Division 7, Division 4, Division 2, Division 6, 2019, by Mierle Laderman Ukeles and Julian Flavin, assisted by Tamer Hassan and Armin Hayrapetian, has never been shown in New York. The exhibition will premiere the video version of MANIFESTO FOR MAINTENANCE ART 1969!  Proposal for an exhibition "CARE" (1969), which Ukeles created specifically for this exhibition. Much of the exhibition can be viewed simultaneously from within the gallery and from the Washington Place sidewalk. “In the case of my work,” Ukeles said, “the public-facing side of the show is very apt.”

The exhibition will also showcase Ukeles’ seminal works Touch Sanitation, in which she shakes the hands of 8,500 New York City sanitation workers over the course of a year, and the Snow Worket’s Ballet, which celebrates workers in the Japanese city of Tokamachi who ensure the city’s survival during the winter by snowplowing from morning and even throughout the night.

The Discard Studies Conference, which the exhibition is a part of, will bring together new and established scholars in the humanities and social sciences working on discards and related themes to evaluate the state of this emergent field and identify new directions for future research.

Organized by professors Rosalind Fredericks, Mohammed Rafi Arefin, and Robin Nagle of the Discard Studies Collaborative and hosted by NYU Gallatin, the conference will include five panels that showcase fresh interdisciplinary research, an opening keynote and art exhibition in The Gallatin Galleries by Ukeles, and three additional keynote lectures by Max Liboiron, Brenda Chalfin, and Samantha MacBride. Co-sponsors for the event include the NYU Office of Sustainability, NYU Center for Humanities, Global Design NYU, The Urban Democracy Lab, and the NYU Liberal Studies and Environmental Studies departments.

About Mierle Laderman Ukeles:
Mierle Laderman Ukeles (b. 1939) received a BA in international relations from Barnard College and an MA in interrelated arts from New York University. In 1977, she was appointed the first official, unsalaried Artist-in-Residence at the New York City Department of Sanitation, a position she still holds. Her seminal work, MANIFESTO! FOR MAINTENANCE ART 1969!  Proposal for an Exhibition “CARE”, (1969), and subsequent works brought her international recognition for work that addresses issues related to the environment, waste, labor, feminism, and the many unseen people that keep urban environments alive. Beginning with Touch Sanitation (1979-1980), she has created numerous public works that engage systems of maintenance all over the world, including work ballets in New York, Pittsburgh, France, Holland, and Japan. She is represented by Ronald Feldman Fine Arts and has received awards from the National Endowment for the Arts and the New York State Council on the Arts, as well as fellowships from the Guggenheim, Andy Warhol, Joan Mitchell, and Anonymous Was a Woman foundations. Ukeles has received honorary doctorates from School of the Art Institute of Chicago, Rhode Island School of Design, and Maine College of Art, Portland, Maine. Her work is in the permanent collections of important museums worldwide, including Guggenheim Museum, Whitney Museum of American Art, Art Institute of Chicago, Wadsworth Atheneum, Jewish Museum, Smith College Museum of Art, Fonds régional d’art contemporain de Lorraine, Metz, France, Migros Museum, Zurich, Switzerland, and Kunststammlung Museum, Düsseldorf.

About The Gallatin Galleries:
The Gallatin Galleries, housed in New York University’s Gallatin School of Individualized Study, showcases innovative and immersive work that blends multiple forms of artistic practice with themes that encompass economic, racial, and social justice. Founded in 2008 and curated by Keith Miller, the Galleries are home to complex and compelling displays that integrate video, photography, sound, painting and sculpture, illuminating the work of both up-and-coming and established artists while reflecting the interdisciplinary academic mission of the Gallatin School. For more information, please visit its website.