Now on view at The Gallatin Galleries 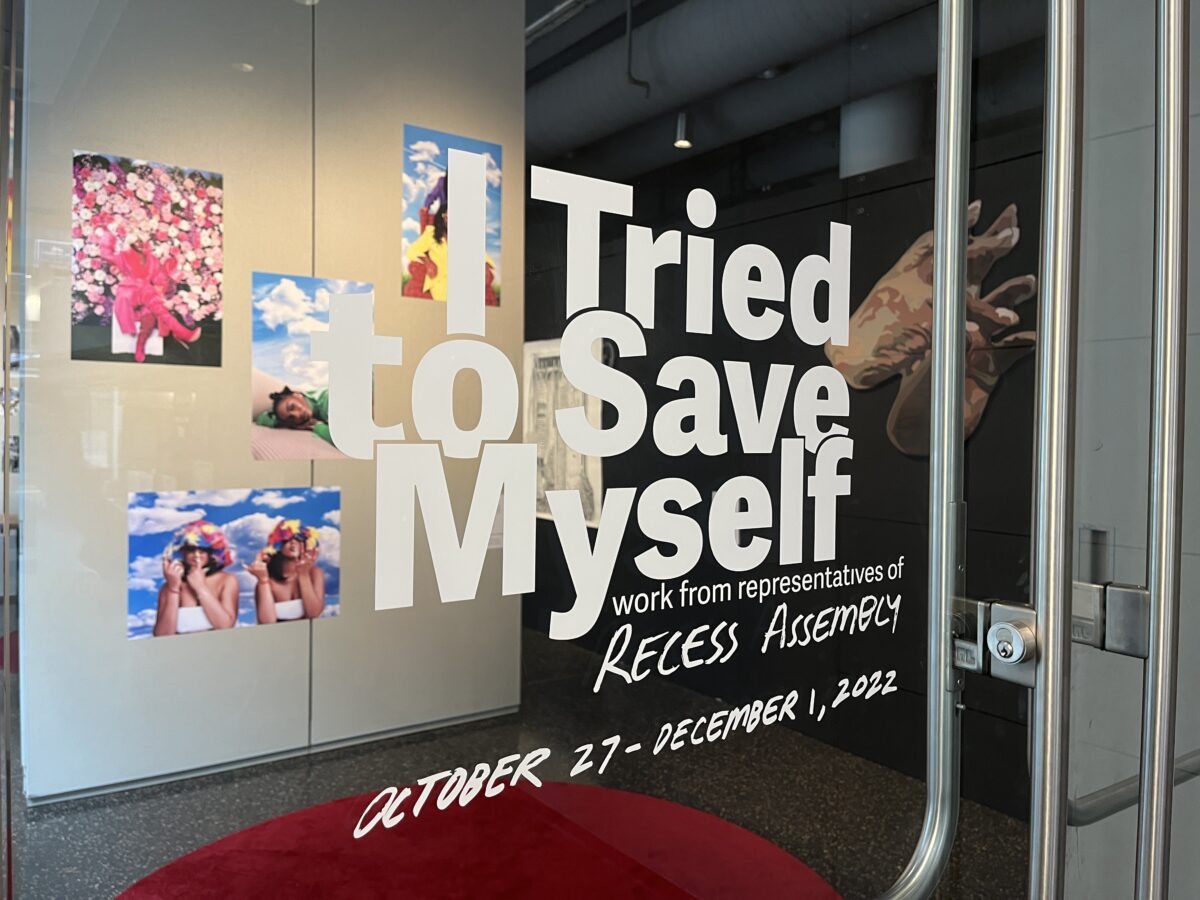 The Brooklyn-based arts non-profit Recess Assembly offers system-impacted young people an inroad to art and offers connections to working artists while also serving as an alternative to incarceration and its intersecting systems of oppression. Recess fellows, all of whom are between the ages of eighteen and twenty-six, are empowered to create their own narratives and envisage their futures. A sample of work by current and former fellows is now on view in The Gallatin Galleries show I Tried to Save Myself. The exhibition, a collaboration between Recess Assembly and the Galleries, features work that creates a space of hope and shared humanity, all while exposing the deep impact of the trauma associated with being incarcerated.

I Tried to Save Myself showcases thirteen artists whose work confronts issues of identity, liberty, and community through media, including photography, video, printmaking, and mixed media. The exhibition welcomes guests into a space where safety is imagined and established without the use of coercion, policing, and violence. The collected works approach diverse identities, histories, and methodologies with care, presenting a body of work that emanates from its community’s resilience and self-determination in the face of continuous obstacles to liberation.

“Through these conceptual explorations, this community proclaims its existence in the present and creates hope for a path forward, illuminated by art,” said Nina Osoria Ahmadi (BA ’22), a Gallatin student who works for the exhibition team.

Shaun Leonardo, one of the contributing artists, spoke about his work in the show in his personal statement, describing how his video piece, Memory/Cycle (The other side of that window…), resulted from a series of visual storytelling workshops Recess Assembly has been leading in Brooklyn since 2017. The workshop participants Leonardo highlights fall into four distinct groups, including corrections officers, legal advocates, formerly incarcerated individuals, and court-involved youth, each with unique relationships to the prison system. In Leonardo’s piece, each participant translates their personal narrative into performative gestures, expressing truth through the body and finding shared humanity through unified movement.

Said Leonardo, “These individuals from seemingly disparate experiences sought familiarity in each other's gestures, conveying a different kind of truth through their bodies.”

Three Recess Assembly-led workshops were designed to accompany I Tried to Save Myself throughout its run: the first two workshops held were a storytelling workshop and a performance workshop. A final workshop on visual art will take place on Sunday, November 30 from 6–8:30 pm in The Jerry H. Labowitz Theatre for the Performing Arts.