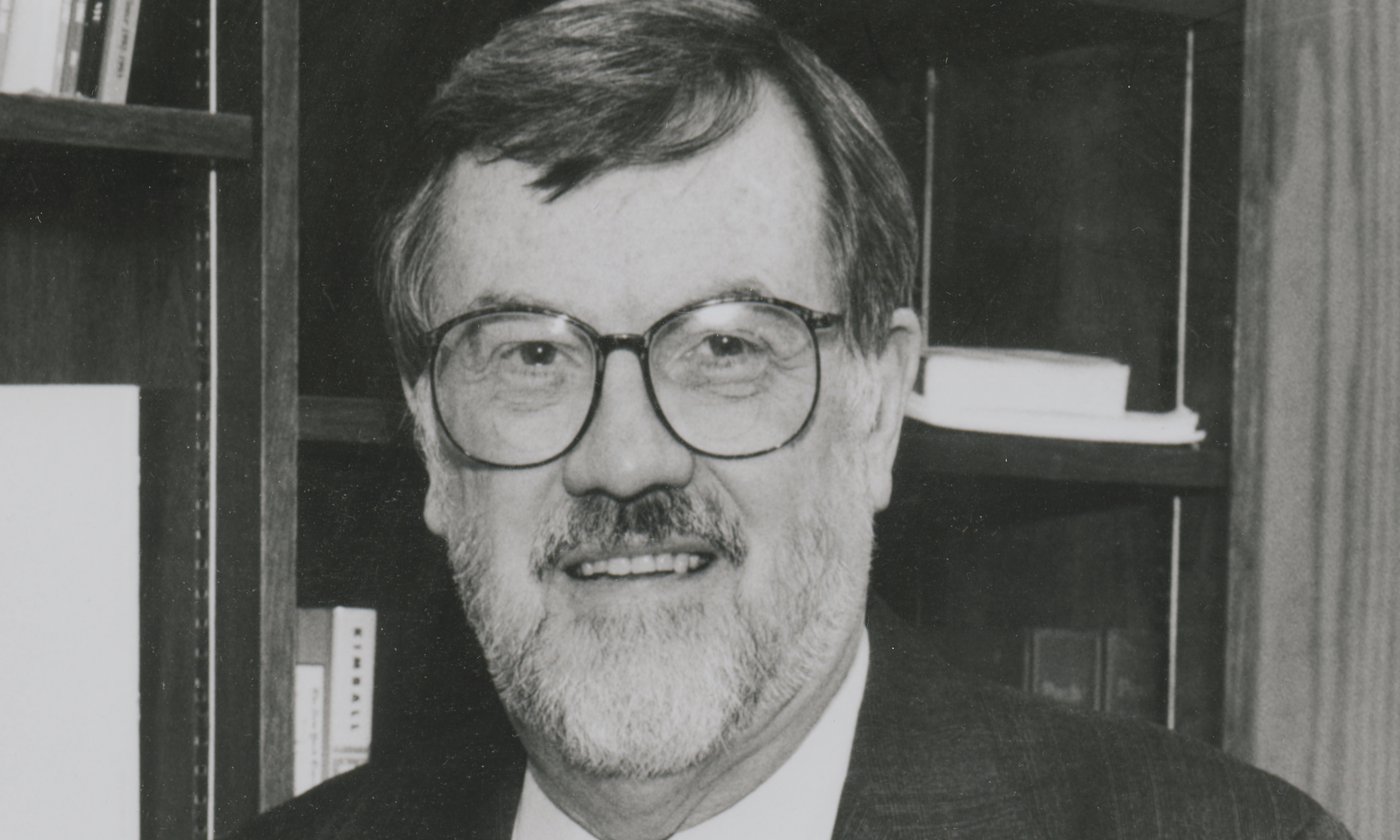 New York University marks the passing of Richard Koppenaal, who has died at his home on Salt Spring Island, British Columbia, Canada. Koppenaal’s lasting legacy included posts as Dean of the College of Arts & Science from 1986 to 1992, and Dean of the Gallatin School of Individualized Study from 1992 to 1998.

Koppenaal joined the Arts & Science faculty in 1964 as a professor of psychology, and later served as chair of the psychology department. He was part of the Experimental Program, training numerous grad students in what is today the PhD Program in Cognition & Perception.

His departmental colleague and friend Edgar Coons, retired professor of psychology, recalled an incident indicative of Koppenaal’s grace under pressure and considerable skill with students. The spring of 1970 was a tumultuous time on many college campuses. At NYU, a small group of students took charge of and threatened to blow up a powerful industrial computer housed in the Courant Institute. Volunteering to mediate, Koppenaal persuaded the students to leave by offering them a face-saving option: they could walk out the door with the fuse still lit. The students accepted and upon their exit, Koppenaal calmly snuffed out the fuse. In gratitude for his heroics, the University moved him and his family to faculty housing on MacDougal Alley, and named him Master of the Weinstein Residence Hall.

As a professor of psychology, Koppenaal transformed the lecture-based Introduction to Psychology course to an interactive model. The course became one of the most popular in the CAS curriculum, and instilled an understanding of effective pedagogy in dozens of graduate students who served as assistant instructors. His term as chair of psychology was one of rapid growth in the size, diversity, and distinguished scholarship of the department’s faculty.

In 1986, Koppenaal brought this characteristic energy and vision to his role as Dean of the College of Arts & Science. His tenure saw a sharp rise in the reputation of CAS and its ability to attract a new level of students, yet the success of all CAS students remained his priority. In 1988, he founded CAS’s Academic Achievement Program (AAP) to foster community-building and academic and leadership development in students from underrepresented minorities. Now in its fourth decade, AAP serves students across NYU, and student-led committees run numerous events and service programs each year.

In 1992, the Gallatin Division celebrated its 20th anniversary and welcomed Koppenaal as its new Dean, successor to founding Dean Herbert London. Under Koppenaal’s leadership, Gallatin achieved School status within the University in 1994, the culmination of years of advocacy on the part of Gallatin’s faculty to recognize the groundbreaking work of Gallatin as a pioneer in individualized and interdisciplinary education.

“Koppenaal respected faculty governance and found a way to be a leader in a way that didn’t annul it but effectuated it,” says political theorist and Gallatin professor George Shulman. “He engaged in real dialogue with the faculty and was a tireless advocate for the School.”

With School status firmly in place, Dean Koppenaal worked to change the status of the faculty, enabling full-time faculty the opportunity to apply for tenure. Gallatin Founding Professor Emerita Sharon Friedman remembers the dean as a leader and “a true colleague.” Upon learning that she received tenure, he ran up the stairs to her office, arriving at her door short of breath but long on congratulations.

Dean Koppenaal empowered Gallatin’s founding faculty to create the Interdisciplinary seminars—small class, discussion-driven courses in the liberal arts—that are the hallmark of a Gallatin education. Under Koppenaal’s stewardship, the School also launched several of its signature programs that continue to this day, including Black History Month, the Gallatin Arts Festival, The Writing Program, and Albert Gallatin Scholars.

With each contribution to the School, Dean Koppenaal worked to bring the faculty, staff, and students of Gallatin closer together as a community. He retired from Gallatin and from academic life in 1998, leaving behind him a legacy of collegiality and innovation.