The 2020 Senior Symposium was presented via Zoom on May 8, 2020. The Senior Symposium showcases a select group of Gallatin seniors whose talks span a range of genres and highlight the intellectual diversity of Gallatin’s undergraduate scholars. Seniors share inspiring stories developed from their academic concentrations and colloquium topics. 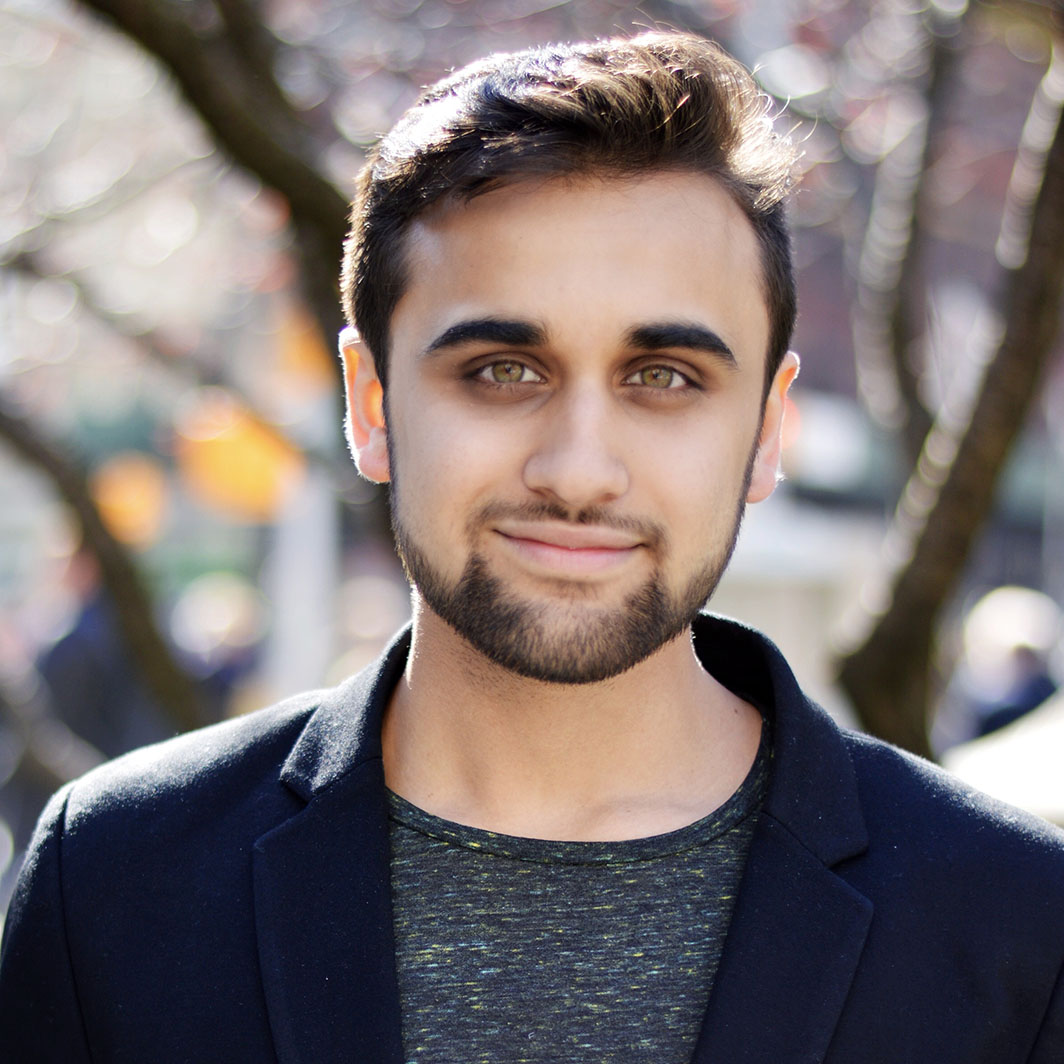 Saransh Desai-Chowdhry (he/him) is a Los Angeles-born creative marketer, critical writer and classically-trained musician. His Gallatin concentration, Cultural Entrepreneurship, explored the synthesis of commercial development and social productivity through the lenses of disciplines including marketing, sociology, data science, criticism, musicology, and cultural analysis. He minored in French, and spent an immersive semester away in Paris as a junior. On campus, Saransh served as an Admissions Ambassador, 4th Wave Music Fellow, LinkedIn Campus Editor, Americas Scholar and Director of Marketing of the Gallatin Business Society. Following several internships in the entertainment industry, he currently works as the College & Lifestyle Marketing Representative for The Orchard of Sony Music in NYC. His first book, a collection of essays analyzing the modern music ecosystem, will be published in late 2020. 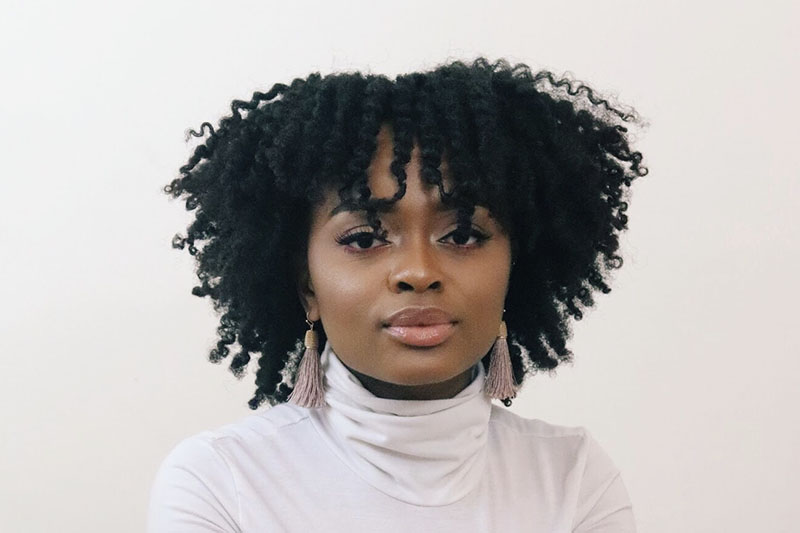 Linda Kathrine Duverné (she/her) is a senior at Gallatin studying Self-Care, Mindfulness, and Ancestral Healing for Haiti’s future. She is a first-generation Haitian American born and raised in Brooklyn, New York to two Haitian immigrant parents. Her concentration investigates the impact of intergenerational trauma within the Haitian diaspora, specifically focusing on Haitian Millenials and on. She uses Haitian history as a guide to understanding how trauma manifested in the lives of Haitians living at the time of the Parsley Massacre and the Duvalier regime. Linda hopes through her own journey of healing with exploration in black feminist theory, mindfulness, and Vodou that she can reimagine what healing can look like for Haitian Millenials and Gen Z. She hopes to hold more spaces for Haitian Americans and people of color to meditate, reflect, and pray on the return to self.

Rebecca Karpen - “One Day We Will Be Remembered: How Taylor Swift’s Populist Intimacy Breeds Political Clout” 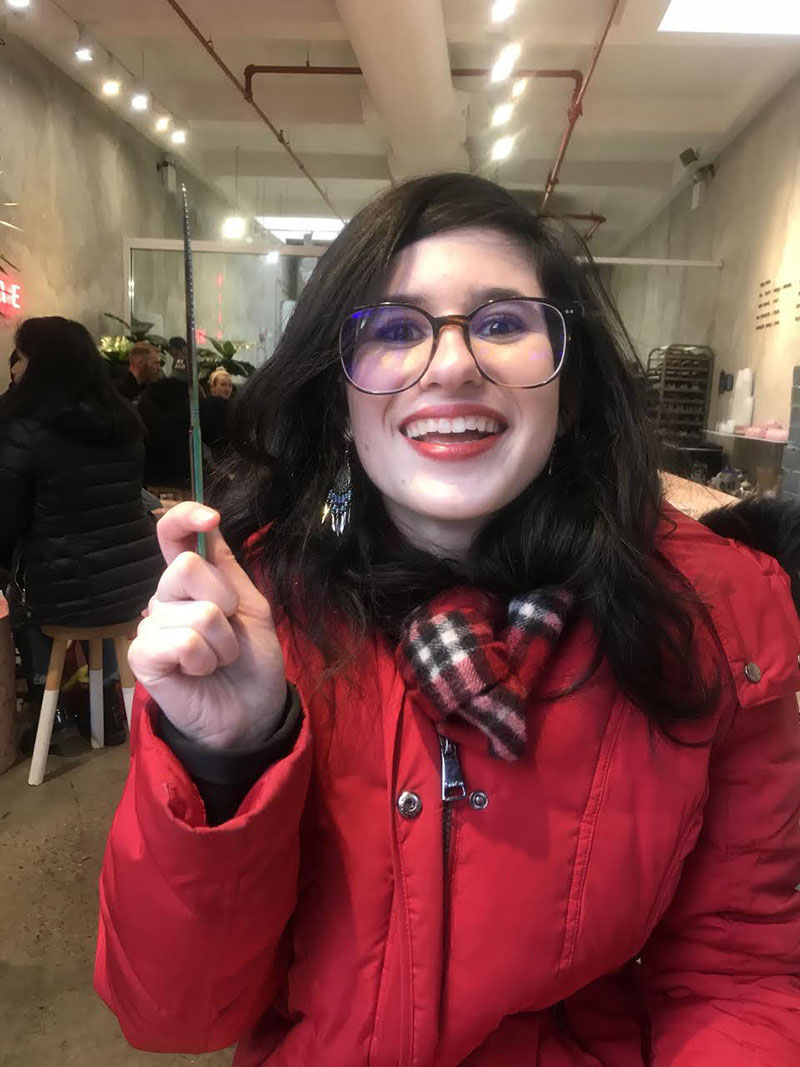 Rebecca Karpen (she/her) was partially named after Howard Stern’s ex-wife and the only decent picture taken of her within the past eight months has her holding a knife. Her Gallatin concentration is “Populist Rhetoric and the Crisis of Narrative” which analyzes why communities in the aftermath of disaster often establish new national identities behind populist figures and she minors in German. She is currently working on converting her research on Taylor Swift as a populist icon into an academic article. When she’s not studying dictators or following Taylor Swift's every move for academic analysis, she writes songs about Jeb Bush, amongst other things. She really likes Kafka memes. You can find her on most streaming services and her Bandcamp: Rebeccakarpenexists.bandcamp.com. 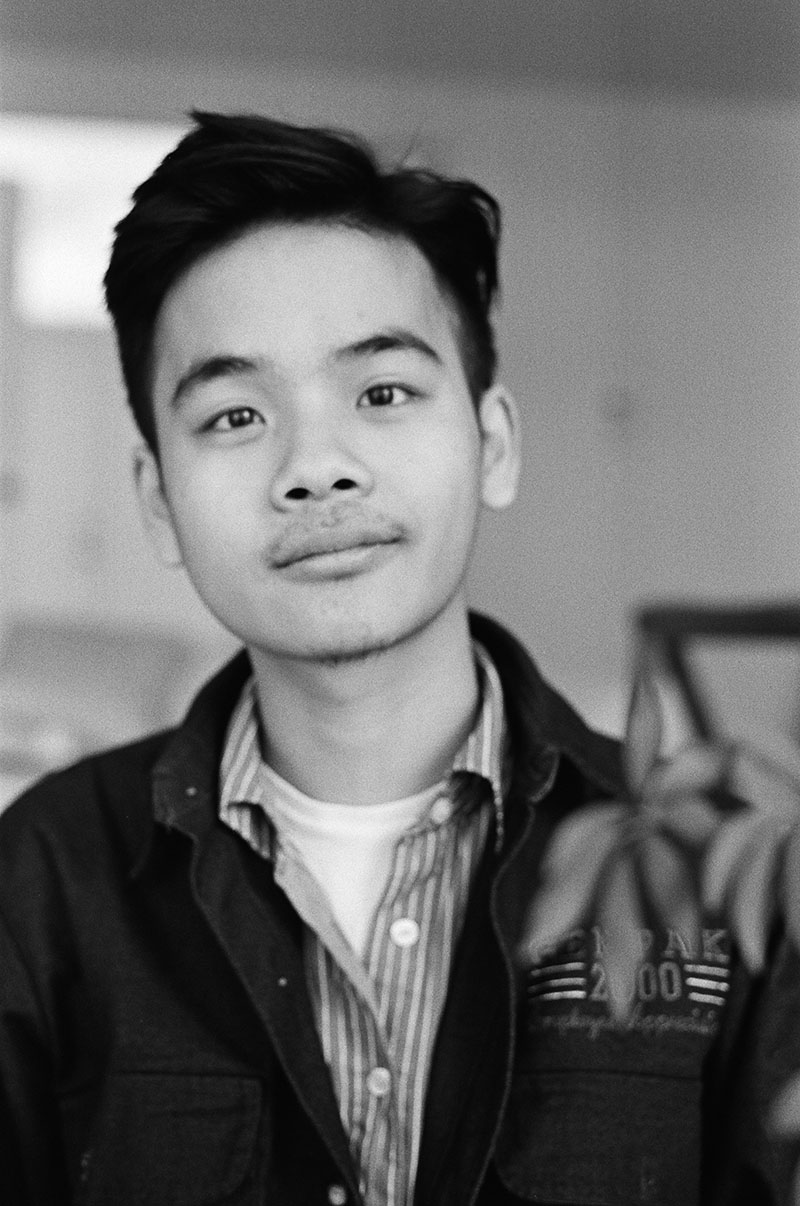 Born and raised in Queens, Daniel Tan (he/him) studies Visual Culture and Critical Theory. Daniel's concentration investigates how social imaginaries are constructed by visual practices and technologies, and how subjectivity is negotiated through the image. His studies draw upon postcolonial theory, media studies, and social critique. Daniel's coursework at Gallatin has guided him towards critical and personal understandings of diaspora, resistance, and cultural production beyond the classroom. He is a part of A/P/A BRIDGE at the Asian/Pacific/American Institute, a student leadership cohort that examines Asian American political identity. He is a member of Gallatin's Dean's Honor Society, and has previously served on the editorial board for Compass Research Journal. Outside of Gallatin, Daniel works as a Web Publishing consultant at NYU's Digital Studio, and as a research assistant at the Consumer Well-Being Lab at NYU Stern.

Nikita Tejwani - “How Do We Become Literate?” 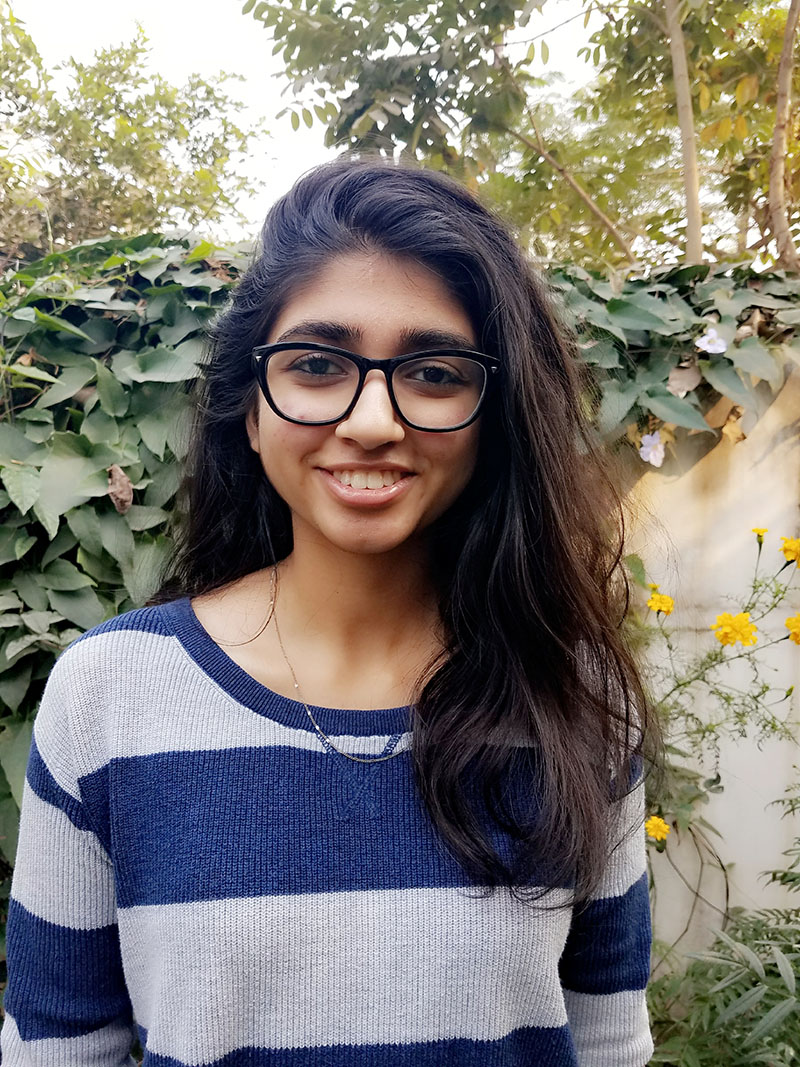 Nikita Tejwani’s concentration, Educators and Ethnography, comes out of a desire to keep teachers and schools in the United States accountable to students through methods outside of standardized testing.  She asserts that measures like test scores do not provide educators with ways to improve, because they do not find the problems that underlie phenomena like the so-called achievement gap.  She has examined a variety of ethnographic and narrative research practices which researchers have used for this purpose in education.  In her senior project, she uses a lens of developmental psychology to analyze funds of knowledge, an approach to math education in which teachers use ethnography to search for ways to incorporate students’ existing knowledge into classroom practice and content.  After graduation, she hopes to begin study and practice through the NYC Teaching Fellows program.

Nora Thompson - “Healing Our Campuses: Transformative Justice as an Answer to Title IX” 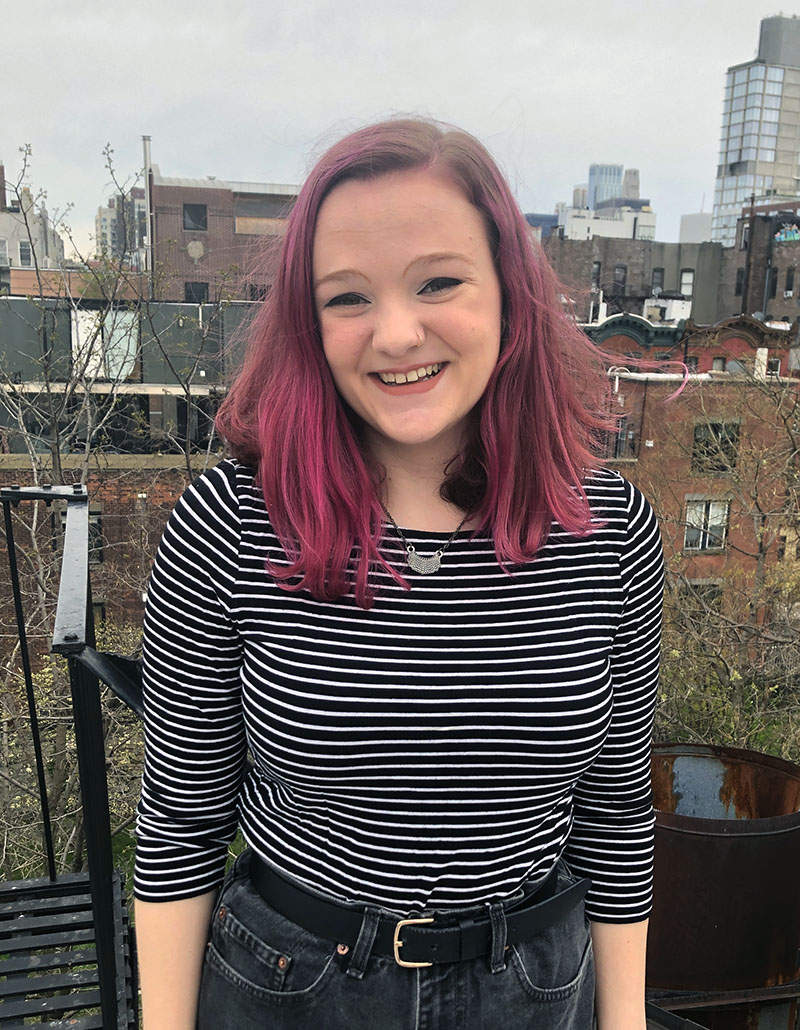 Nora Thompson (she/her), who is from the DC Metro Area, concentrated in Postcolonial Conceptions of Race, Gender, and Trauma and conducted her colloquium on historicizing the relationship between US feminist movements and the prison industrial complex. She focused her senior project on examining how transformative justice can be implemented to promote healing through Title IX. Thompson minored in Child and Adolescent Mental Health Studies and throughout her time at NYU has volunteered with children from toddlers to high school students. She is an America’s Scholar, twice served as a peer mentor for NYU’s service oriented orientation program, Project Outreach, and worked at Housing Works Bookstore Café, part of the nonprofit with a mission to combat HIV/AIDS and homelessness. Nora organizes for Court Watch NYC, an abolitionist group engaged in prosecutorial organizing, and interns at Sanctuary for Families helping to provide legal support to survivors of intimate partner and gender based violence.

Julia Torres - "The Politics of Performance and Liberation” 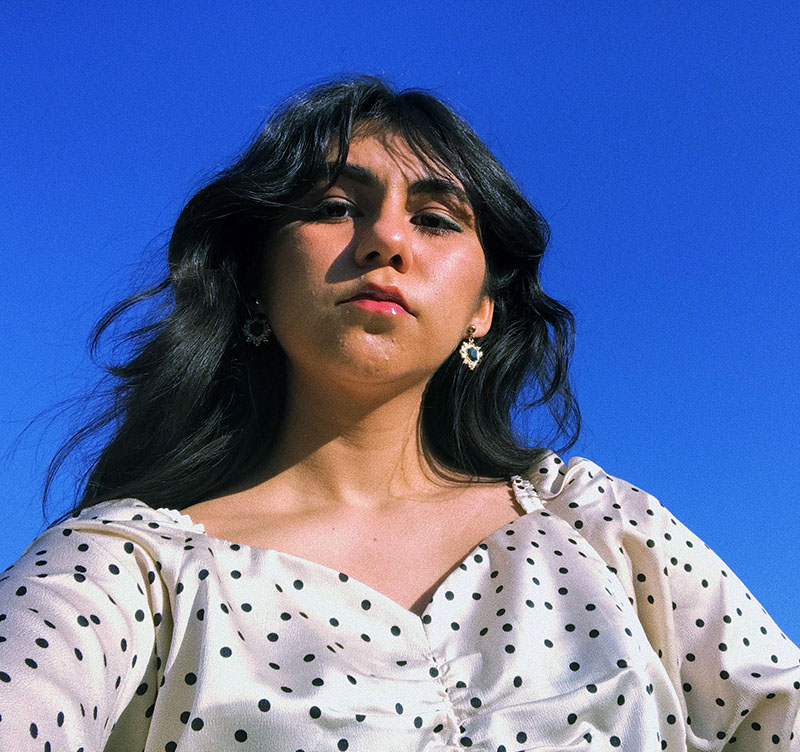 Julia Torres is a musician and poet from Chicago. Her Gallatin concentration is on the use of art and storytelling as mediums for dismantling oppressive societal structures. One of her numerous titles for her concentration is World-building As Liberation. Her poetry has been published in West 10th, Confluence, and Mosaic. She plans to release music shortly after graduation. She loves science fiction, experimental hip hop, birdwatching, and video games. 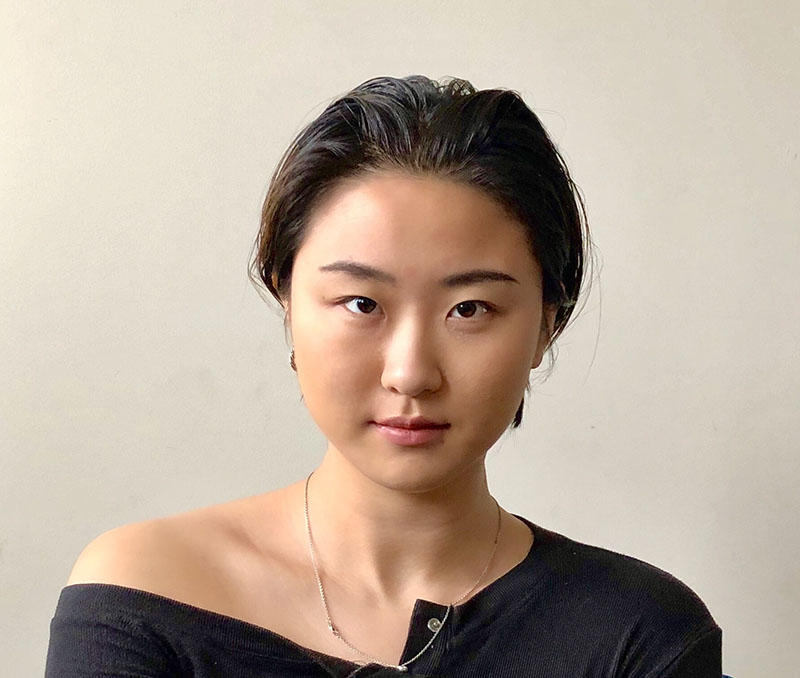 Rita Rui Ting Wang is a senior in Gallatin with a concentration, Hybridity and Other Futures, and a Studio Art minor. Her work concerns the interplay of multiple ways of being in our imagination of collective futures. In a climate of environmental, social and political contingencies, narratives about what it means to be human is in need to be reimagined. Complex and interlinked modes of beings of other species and systems, that are ignored by dominant discourses and excluded by certain design decisions, are sedimented as the foundation of her concentration. She is interested in the idea of designing architecture and products as interfaces that connect different forms of life and consciousness, and enhancing biodiversity and inter-species play. She is an interdisciplinary artist by training, and her work has been included in the Global Community Bio Summit hosted by the MIT Media Lab, as well as the Gallatin Art Festival. She was also a design and research fellow at Terrefrom One, working on the installation "Monarch Sanctuary" which has been included in the Cooper Hewitt Triennale and the UABB Shenzhen Biennale.

The Weaponization of Cultural History

Food Security in a Changing Climate

Melody Xu - The Reciprocity of "Real" and Artificial Intelligence (2018)

The Reciprocity of "Real" and Artificial Intelligence

“woman is perfect:” The Poetry of H.D.